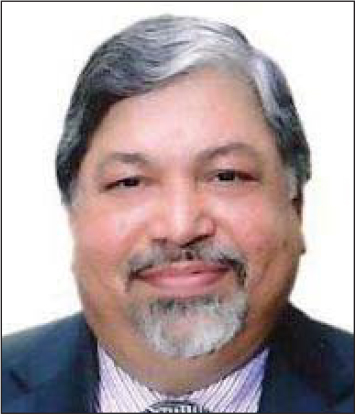 Prakash J. Thakkar, member, technical Gujarat Electricity Regulatory Commission (GERC), is a veteran in the power sector with over four decades of experience, spanning multiple domains such as hydro, transmission and distribution, rural electrification and regulatory. He has been working with GERC since October 2015. Prior to this, he has worked in REC Limited, NHPC Limited and Power Grid Corporation of India Limited. He also served as adviser to the Nepal government for operations and maintenance of the Devighathydro electric project during 1985-86. He graduated from MS University, Vadodara, in 1979.

Talking about the impact of the current Covid-19 crisis on the sector, Thakkar says, “The distribution segment has been adversely affected due to low demand from cross-subsidising industrial and commercial consumers. Their energy sales, revenue and cash flows have declined as a result of which payment to gencos and transcos is constrained. This has impacted the entire power value chain”. He further says that the role of a regulator is challenging in such a situation as he has to balance the interests of consumers as well as investors.

Though it is difficult to choose one most memorable assignment, Thakkar vividly remembers his contribution to the rural electrification programme that commenced in 2005. He recalls, “The MoP designated REC as the nodal agency to oversee programme implementation by states to electrify 100,000 unelectrified villages and provide free electricity connections to 23.4 million BPL households in 6-7 years. The central government proided 90 per cent grant for the programme.This was a mammoth task, given that the average electrification rate during that time was about 4,000-5,000 villages per year. But we successfully completed it on time.”

Regarding his management style, Thakkar says he strives to provide a conducive working environment to his team and extracts the best out of his people through encouragement.

On the personal front, Thakkar likes to stay fit through regular exercise and listen to ghazals. He enjoys reading, his favourites being Good to Great by Jim Collins and Leadership: The Power of Emotional Intelligence by Daniel Goleman. He concludes by saying, “After 40 years in the power sector, I wish to relax post retirement, spend time with my family and perhaps write a book sharing my experiences.”