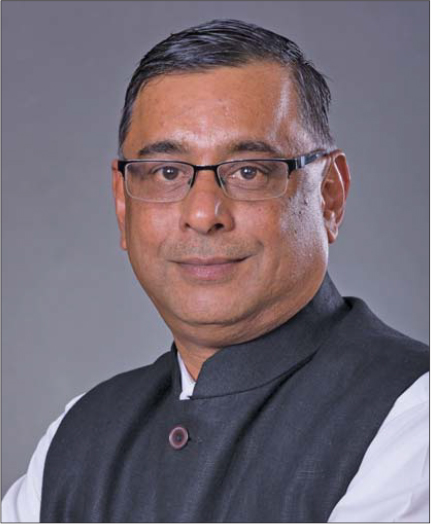 Energy Efficiency Services Limited (EESL) has been doing notable work in the areas of smart metering, energy efficiency and e-mobility. While grappling with the new challenges thrown up by the Covid-19 crisis, EESL continues to stay focused on its key areas of operation. Power Line spoke to Saurabh Kumar, managing director, EESL, to find out what the company’s plans and priorities are to cope with the new realities of a post-pandemic world. Excerpts…

How has Covid-19 changed the narrative for the power sector and what, according to you, are some of the biggest disruptions that have been caused by it?

One is the realisation, not just in the power sector but across sectors, that we now need to do things very differently from what we have been doing in the past. What we have seen is a massive financial crunch that has hit the distribution utilities, in light of which a Rs 900 billion package has been announced. This is linked with conditions precedent on reforms; notably, smart metering and actual progress on reforms. This is something that is absolutely welcome. We would really compliment the Ministry of Power and the Government of India for putting in this sense of urgency in terms of correcting ourselves in the power sector like never before.

The second thing we have seen is that renewable energy with storage is now competing with the grid. We had a Rs 2.90 per unit round-the-clock power bid in the auctions. There are several ways in which you can integrate battery storage with renewable energy to make it not just affordable but also widely prevalent across various sectors. The disruption essentially would favour clean energy as we move ahead. It will also bring in urgency and expediency in the reform process in the distribution segment, which has been lagging for a very long time. There is no way that the sector can progress without actual reforms and making the discoms commercially and financially viable.

Has there been any impact of Covid-19 on EESL’s business?

We have installed about 1.2 million smart meters in the country. The New Delhi Municipal Corporation (NDMC) is fully covered with smart meters and there are also about a million meters installed in Uttar Pradesh. For the entire NDMC area, around 95 per cent of bills have been generated based on actual reading, and collections too are happening. In Uttar Pradesh, the installed smart meters have generated 96 per cent of the bills based on the actual consumption, whereas for the others, the Uttar Pradesh government has decided to give provisional bills based on the previous month’s consumption. This has very clearly shown that smart meters are the way to go, in terms of not just increasing billing efficiency but also playing a role in times like these when physical meter reading is not possible and contactless reading is required. This has generated much more interest in smart meters and we have received requests from several states including Jammu & Kashmir and West Bengal. We have continued our work because we manage about 10 million street lights in the country. We have about 8,000 people in the field who are maintaining the street lights. During this pandemic, we have tried to make sure that we give the best possible service to our urban local bodies, distribution companies and others.

Are you satisfied with the progress made so far in the roll-out of smart meters under the SMNP? What are some of the challenges that remain unaddressed?

There will be challenges given that this is a very new thing that has come up. Smart meters are not just hardware; they are an entire ecosystem, which takes time to build up. The entire process has to be automated – from meter reading right up to the connection with the billing software. Most platforms in the utilities are based on different software, so getting them all on to a standard platform is always a challenge. We have been successfully dealing with these problems. In Bihar, there are 25,000 consumers using prepaid smart meters, and we learnt that during the pandemic the prepaid functionality continued to work without any disruption.

Quite a lot, and this is one resource that has been underutilised in the country. We have always looked at the supply side, whether it is renewables or thermal or any other form of energy. We have not given attention to what constitutes the requirement of new power plants. It is really at the disaggregate level, that is, the equipment, appliances, air conditioners, etc. that consumers or businesses use that attention is needed. There has not been much focus on this. But we are now renewing our focus. For example, if you look at Delhi, the peak demand will possibly be about 20 per cent more than what it was earlier with demand already picking up. Therefore, to make sure that the demand does not go in an exponential direction, you need to have the highest efficiency class of air conditioners, fans, lighting, etc. used by all sets of people. This is a programme that EESL is working on – super-efficient fans and super-efficient air conditioners.

What are the next steps planned with regard to setting up EV charging infrastructure?

We responded to the expression of interest that the Department of Heavy Industry came out with about six-seven months ago. We have been awarded over 1,000 public charging stations in about 10 cities to begin with, in the first round. We have already made the procurements and as soon as the lockdown ends in most parts, we will start the installation of these charging stations. In the next two to three years, we have plans to install nearly 10,000 public charging stations across the country, to make sure that there is enough from our side for people to adopt electric mobility. 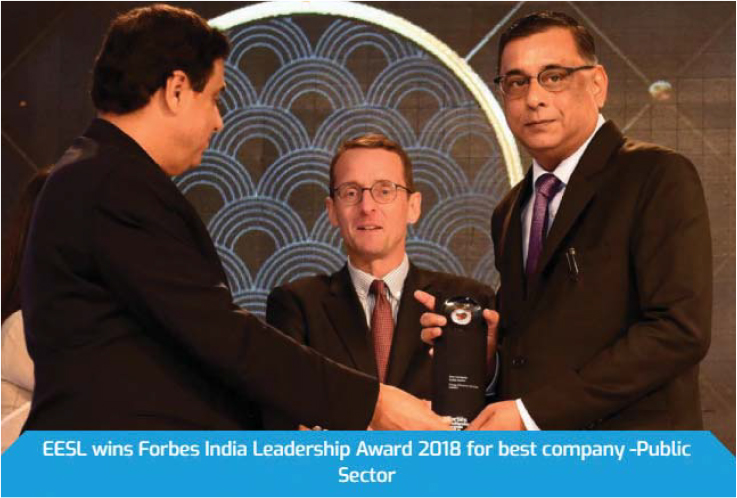 What are your key priorities and focus areas for EESL in the medium to long term?

We are looking at three areas very closely. One is integrating solar at a decentralised level with batteries and providing round-the-clock power at the demand side itself. Second is a set of super-efficient air conditioners and super-efficient equipment. Third, of course, is smart meters and e-mobility, particularly charging stations, which we are rolling out wherever we possibly can.

What is your outlook for the power sector and what should be the key priorities to help it recover from the current crisis?

Most of it has already been laid out in the announcements made recently. The first priority would be to install prepaid smart meters. The latest Power Finance Corporation report on the financial health of the utilities shows that billing efficiency is currently at 83 per cent. This implies that 17 per cent of energy is not billed, constituting around 200 BUs of electricity. At an average rate of Rs 5 per unit, this is about Rs 1,000 billion, which is more than the package that has been unveiled. So the first thing is to plug this financial gap. The second thing we see is more and more focus on renewable energy, particularly decentralised spaces and sectors like agriculture. The KUSUM scheme is a notable scheme in this direction. With this, you are able to provide low-cost power and, more importantly, power during the day to the farming sector and, therefore, the enormous amount of subsidies that are going into the agricultural sector will also reduce. For example, for a utility to provide power to agricultural consumers, the actual cost of supply is somewhere around Rs 7 per unit, while they are paid subsidy at Rs 3 per unit. So there is a loss of Rs 4 that the discoms have to bear, uncovered losses because only Rs 3 is coming from the government. Third, the gap between peak and off-peak power has to be reduced. The way you can do this is by incentivising super-efficient and efficient appliances such as lighting, air conditioners, fans, and so forth. So with the inclusion of electric mobility, I think we are on a major transformation towards clean energy as we move ahead.