The short-term power market, an integral part of the power sector, has been beneficial in meeting the short-term needs of all market participants. Meanwhile, the short-term power trading market has emerged as a necessary tool in recent years for sellers, including merchant and stressed power plants, for maximising revenues. For consumers, especially commercial and industrial (C&I) consumers, sourcing power from the short-term route offers significant cost savings by avoiding the high cross-subsidy charges imposed by discoms. A look at the key trends in power trading volumes and prices during the past year…

During 2019-20, short-term trading volumes were recorded at 137.16 billion units (BUs), which accounted for 11 per cent of the total generation (excluding renewables and captive generation) during the year. The remaining 89 per cent power was procured by discoms through long-term contracts and short-term intra-state transactions.

However, the short-term market has shown a decline of 5.5 per cent over 2018-19, when a volume transaction of around 145.2 BUs was recorded. Since 2014-15, the volume of short-term transactions has grown at a compound annual growth rate (CAGR) of around 6.7 per cent. Power generation, meanwhile, grew at a much slower pace, with a CAGR of only 3.54 per cent during the period.

Of the total volume transacted in the short-term market during 2019-20, the volumes traded through trading licensees and power exchanges together accounted for around 63 per cent (86.4 BUs). The remaining share came from volumes transacted through the deviation settlement mechanism (DSM) transactions and bilateral transactions between discoms that accounted for shares of 16.5 per cent (22.59 BUs) and 20.5 per cent (28.17 BUs), respectively.

During 2019-20, an aggregate volume of 56.45 BUs was transacted on the two power exchanges in the day-ahead market (DAM) and the term-ahead market (TAM). This was an increase of 5.5 per cent from 53.52 BUs recorded in the previous year.

In May 2020, the market witnessed a significant surge, mainly owing to the increase in demand and consumption in the month driven by the seasonality factor – peaking summers leading to increased consumption across essential services, especially healthcare institutions, and households due to the increase in work from home for corporate employees. Moreover, the steady lifting of the lockdown enabled industries and commerce to get back to business, and thus consumption from C&I customers through open access also witnessed a rise. At the IEX, the volumes traded in DAM were 5,574 MUs, recording a significant 48 per cent year on year increase. The total monthly sell bids were at 10,580 MUs and buy bids were at 6,137 MUs. The average market clearing price during the month was at Rs 2.57 per unit, registering a 23 per cent decline year on year, over a price of Rs 3.34 in May 2019. 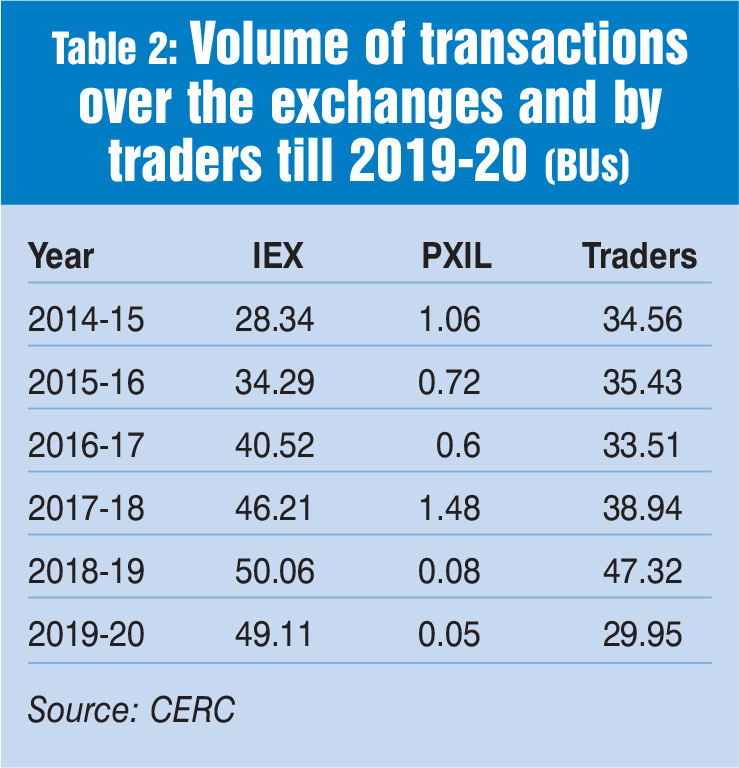 In June 2020, the CERC issued a suomoto order for the determination of forbearance and floor prices of solar and non-solar RECs. It has fixed the forbearance price at Rs 1,000 per MWh and the floor price at zero.

In June 2020, real-time market (RTM) trading was launched by IEX and PXIL. Currently, consumers, including discoms or captive users, can buy power one day in advance in DAM at power exchanges where trading is done for two hours daily from 10 am to 12 noon. Under the RTM framework, there would be 48 sessions of half an hour each in a day, which means the trading of electricity would be done round the clock and power delivery can be scheduled at an interval of one hour. According to rating agency ICRA, discoms and OA consumers are likely to save around Rs 5.5 billion, considering a 50 paise per unit saving under RTM trading against DSM, even if there is a 50 per cent transition in the procurement of power to RTM trading from DSM in the near to medium term.

The development is expected to help utilities and OA consumers manage power demand-supply variation and meet 24×7 power supply aspirations in a flexible, efficient and dynamic way. At IEX, which commenced trade in RTM on May 31, 2020 with delivery at 12:00 am on June 1, 2020, the exchange received an overwhelming response in the first two days with a cumulative volume of 8.73 MUs at an average price of Rs 1.64 per unit. Over 80 market participants, including all the key power distribution and generation companies and OA consumers, traded on the first day itself, marking a successful start. 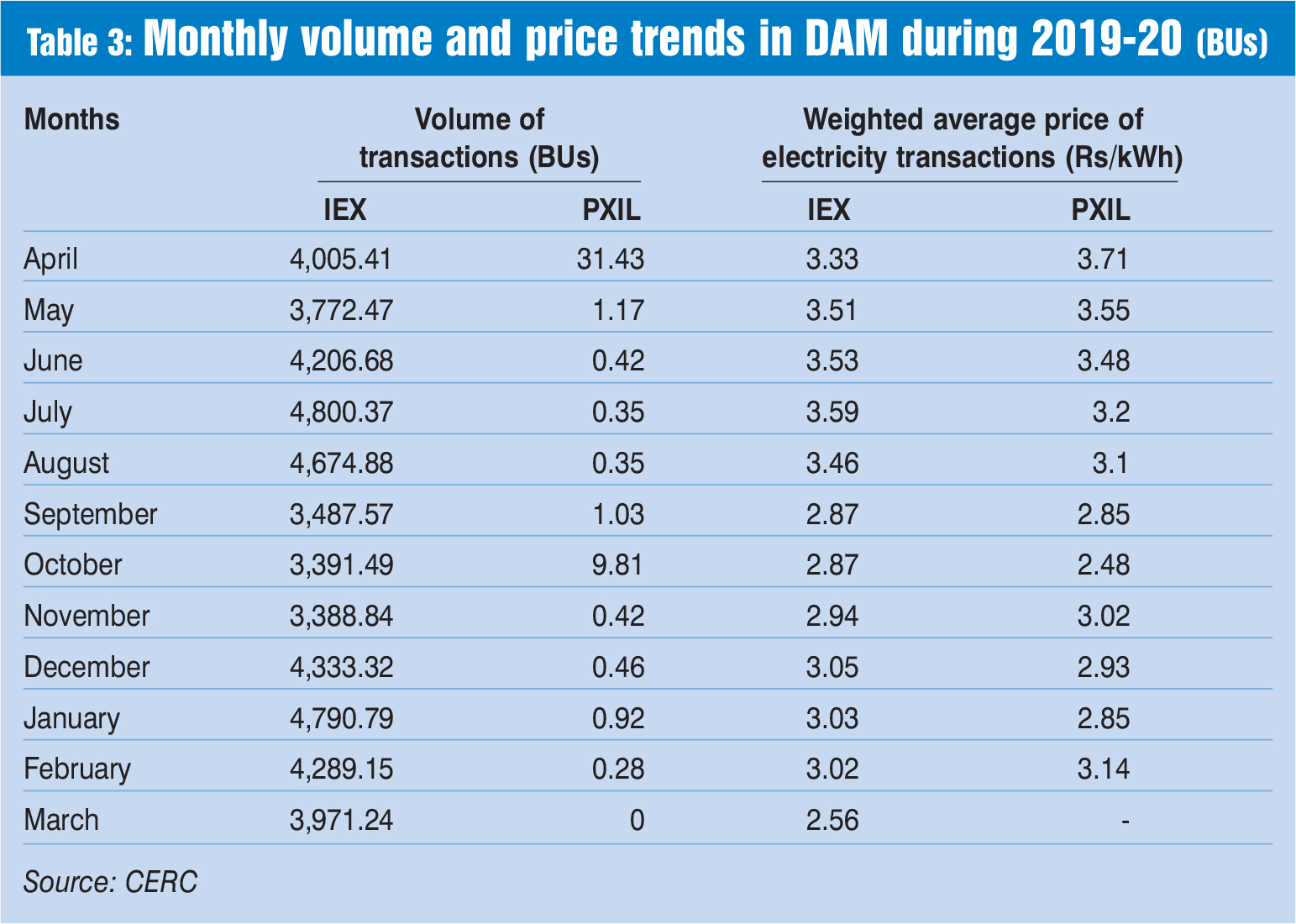 To encourage consumer-level participation in the short-term power market, the removal of tariff-related  barriers such as high cross-subsidy charges levied by discoms needs to be dealt with by state regulators. It is very important given that most industrial consumers are facing severe financial stress owing to the lockdown. The recently issued draft electricity bill 2020, which outlines key amendments pertaining to OA charges, the promotion of renewable energy, etc., would hopefully address some of the issues faced by consumers.

Going ahead, the pickup in power demand due to lifting of the lockdown and unfolding of the RTM market, is expected to promote greater efficiency in the power trading segment and bring cost savings for C&I consumers.