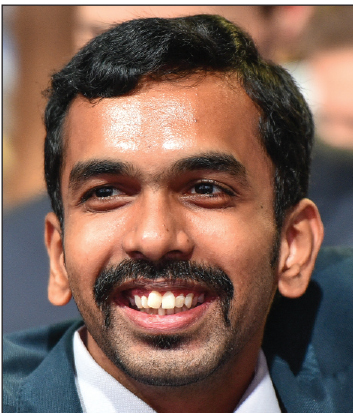 The youngest CEO of the National Solar Energy Federation of India (NSEFI), Subrahmanyam Pulipaka has vast experience in the solar power space, spanning technology, policy, skill development and international collaborations. In his current role, he is responsible for handling the NSEFI secretariat in Delhi. The NSEFI, an umbrella organisation for solar companies in India, represents industry concerns and interests to governmental agencies at the state and central levels. Pulipaka is also responsible for engaging with NSEFI counterparts, in Europe, the Americas and Southeast Asia.

An alumnus of BITS Pilani, Pulipaka was the co-founder and CEO of Soreva Energy. He has been involved in research on solar PV reliability for the past four years. He has also been actively involved in solar skill development and policy deliberation, and has addressed various intergovernmental sessions in India, China, Russia and Rwanda. He is the founding chairman of the India Africa Youth Energy Forum, a platform dedicated to nurturing future energy leaders in the Indian subcontinent and the African continent.

The most memorable assignment of his career was going to Rwanda to study the status of distributed solar generation or microgrids two years ago. During his stay there, he had the wonderful opportunity of witnessing the country’s energy transition to renewables at the grassroots level. Regarding India’s renewable energy sector, he believes that there are “3 Cs” that are plaguing the industry today: capital in the form of payment delays and irregular payments, curtailment of generation, and lack of certainty in the policy landscape.

A strong believer in the principle that “true leaders make themselves redundant”, Pulipaka is more process oriented than result oriented as, he feels, once processes are in place, results will follow. He believes in decentralised work and having fewer chains of hierarchy. Entrusting people with responsibilities always yields better results as this keeps them involved and makes them better leaders.

Pulipaka loves playing classical songs, from the 1980s and 1990s, on his harmonica and watching sitcoms. He often writes op-eds on energy policy and occasionally pens poems in Telugu. He also likes writing parodies of famous Telugu songs and poems and posting them on his blog. Writing a book has long been on his bucket list, but time constraints have not allowed him to move past the first two pages.