The financial and operational performance of state power utilities continues to be an area of concern for the power sector. The performance of power distribution utilities has been worrisome in particular, with mounting book losses, widening revenue gap, and high aggregate technical and commercial (AT&C) losses. The Power Finance Corporation (PFC) has released a report on the performance of state utilities in 2018-19. The report covers the performance of 104 power utilities (gencos, transcos and discoms, including power departments) during the period 2016-17 to 2018-19 with particular focus on the year 2018-19. The report notes that power distribution utilities recorded losses (audited) of Rs 496.23 billion in 2018-19 (on a subsidy booked basis), a decline of 68 per cent over the previous year. Besides, their AT&C losses were at a fairly high level of 22 per cent during 2018-19.

Energy sale: The gross energy sold by distribution utilities stood at 957.51 BUs in 2018-19, registering a year-on-year growth of 7.45 per cent. State-wise, Maharashtra accounted for the highest share in the gross energy sales at 11.65 per cent, followed by Uttar Pradesh at 9.2 per cent and Gujarat at 8.48 per cent. Consumer-wise, industrial consumers accounted for 29 per cent of the total sales, followed by domestic consumers (28.01 per cent), agricultural consumers (22.44 per cent) and commercial consumers (9 per cent). 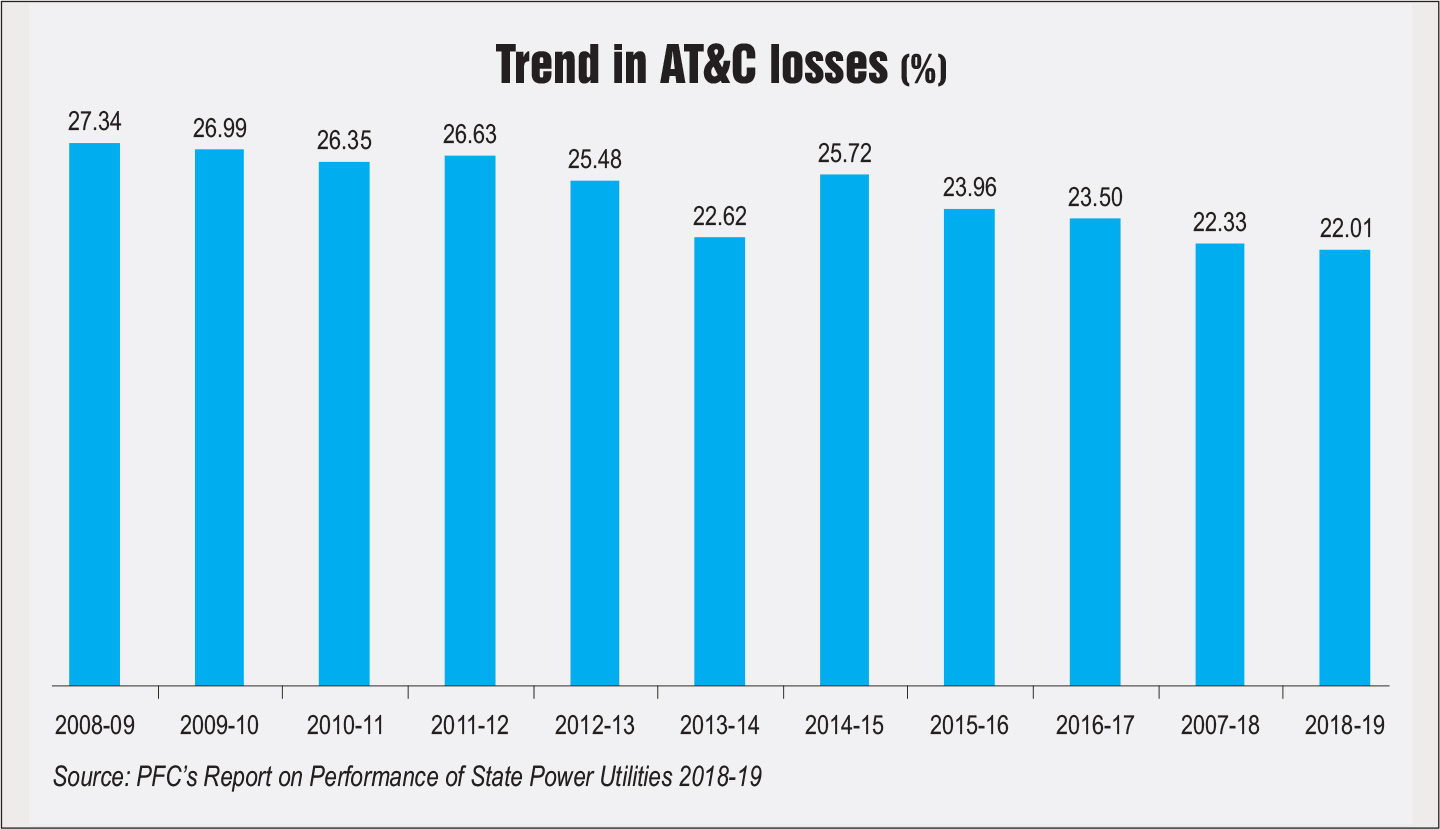 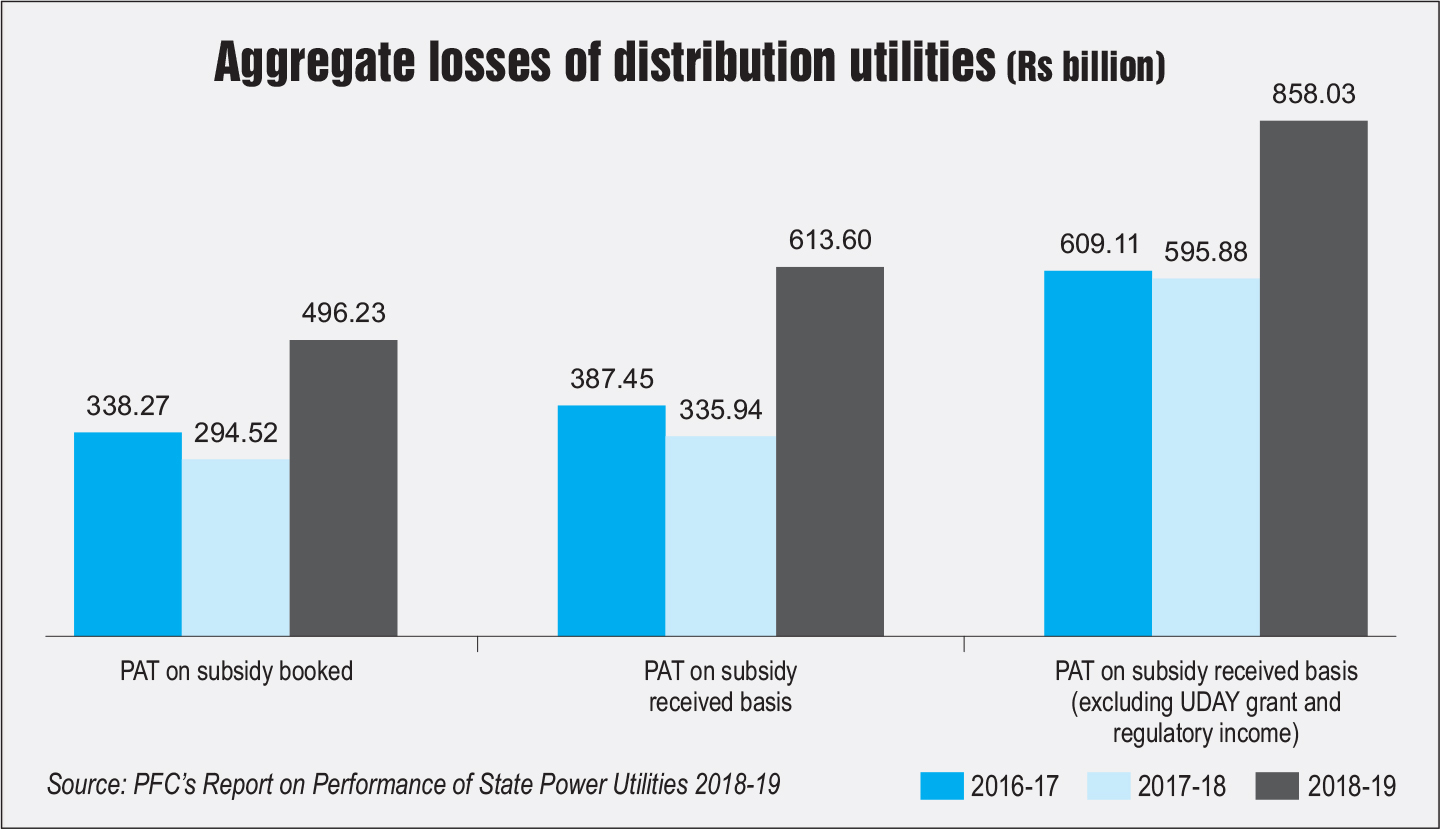 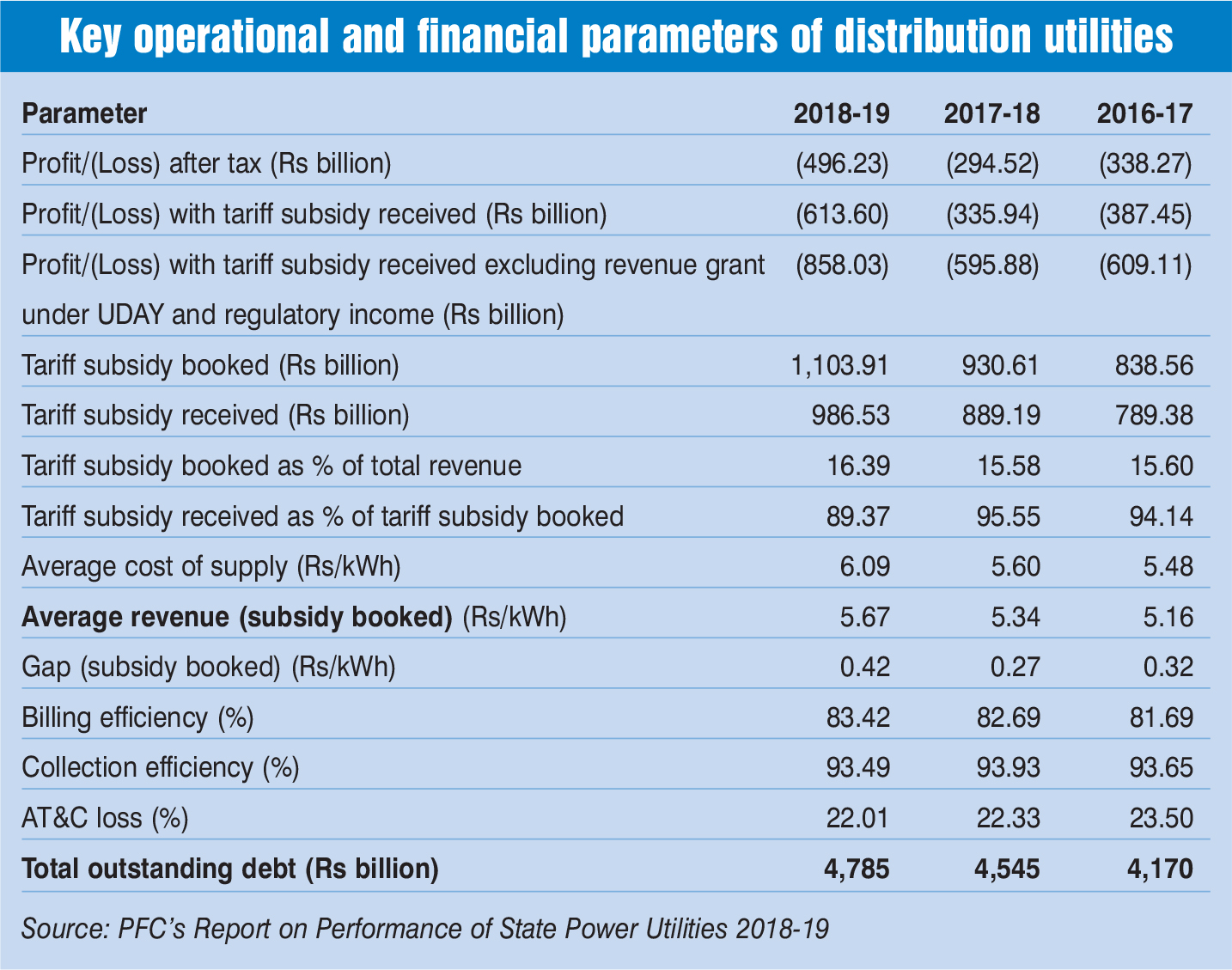 While a number of government schemes and programmes have been implemented over the years to improve the overall well-being of power utilities, a lot still remains to be done, especially in the power distribution segment. UDAY failed to deliver the desired results as the operational and financial performance of discoms did not show any sustained improvement. As per the PRAAPTI portal, their poor performance has weighed down on the upstream segment, with overdues to gencos amounting to Rs 1,171.3 billion as of end May 2020.

That said, all hopes are pinned on the various government schemes and programmes in the offing. These include the Atal Distribution System Improvement Yojana, the privatisation of discoms, and the finalisation of the amendment to the Electricity Act, 2003.