The power market in the country has been evolving continuously – vertically integrated utilities have made way for unbundled generation, transmission and distribution companies and administratively determined tariffs have been replaced by the competitive tariff regime. The installed capacity mix has also changed with the increasing share of renewables. As of July 2020, renewables accounted for a 23.7 per cent share (88 GW) in the total installed power capacity and progress is under way to reach the ambitious target of 175 GW by 2022. Further, as per the Central Electricity Authority’s (CEA) “Optimal Generation Capacity Mix by 2029-30” report, India is expected to have 455 GW of electricity from renewable energy sources by 2029-30, which will increase the share of non-fossil fuels to 64.9 per cent.

As India rapidly increases its renewable capacities in order to meet its Intended Nationally Determined Contribution (INDC) target under the Paris agreement, managing the intermittency of renewable energy sources has become a key concern. This has created the need for flexibilising conventional energy sources. The flexibilisation of thermal power plants (TPPs) can help ensure reliable power supply for safe and stable operation of the grid, until storage solutions become economically feasible for renewables.

There has been a shift from the pure commodity market to a solutions-oriented market. There is now a demand for round-the-clock power supply, which requires blending of renewable energy with thermal power. This can be met through players with a flexible generation portfolio. Hence, greater flexibility in generation resources has become the new norm. Further, it has become important to add hydro generation and low-cost renewables to reduce the average cost of power.

As per a CEA report, while TPPs are expected to provide the majority of the flexibility in the Indian context, hydro and gas will also play a pivotal role. Apart from this, demand-side measures would ease the constraints posed by the large-scale integration of renewable generation. The monthly average minimum thermal load projected for 2021-22 is about 34 per cent, though on a critical day it can be as low as 25-30 per cent. Currently, many utilities operate at a 55-70 per cent technical minimum, but going forward these may be required to operate in two-shift operation or at a minimum technical requirement of 55 per cent.

The variability, uncertainty and the geographically confined nature of renewable energy will be challenging for grid operators and generators. The duck belly demand to peak demand ratio will lead to partial loading and low plant load factor (PLF) of existing capacity along with high ramping requirements. Other impacts on existing plants include increased forced outages, high operations and maintenance (O&M) cost, reduction in equipment lifetime, poor heat rate and high auxiliary power consumption.

Apart from generators, the variable renewable power impacts the transmission system and could create difficulties in load frequency control and scheduling of tertiary reserves. This would require enhanced transmission network and ancillary services, which will increase system operation and transmission costs.

Optimising the instrumentation and control system is the most cost-effective way to enhance power plant flexibility. A certain level of automation is also required to equip the plant with flexible solutions. An advanced process control (APC) system should be in place to strengthen flexible operation through precise steam (superheater and reheater) temperature control, frequency control, ramp rate improvement, soot blowing and combustion optimisation. Optimum soot blowing should be based on heat transfer coefficients and self-cleaning factor. Apart from these, there is a need to improve mill and burner coordination and achieve a minimum stable load without any major modifications. These processes should be interfaced with the existing distributed control system over modbus, ensuring fail-safe changeover to the existing control algorithm.

New forms of condition monitoring such as boiler fatigue monitoring and turbine life monitoring also need to be implemented by gencos. In turbines, part load may lead to steam temperature changes. In boilers, condition monitoring of thick wall pressure parts is important as there is increased stress due to cyclic operation. Moreover, frequency support solutions can be provided by condensate throttling and automatic generation control. All such measures are supported by instrumentation or minor mechanical modifications.

According to the CEA, supercritical and pithead stations should be used as baseload and flexed as little as possible as they produce cheap and clean power. Subcritical units of 490-600 MW rating are ideal for providing flexibility to the system. Units of 195-260 MW rating are mainly old units with poor controllability. They have less impact on flexibility and may, therefore, be phased out over time. 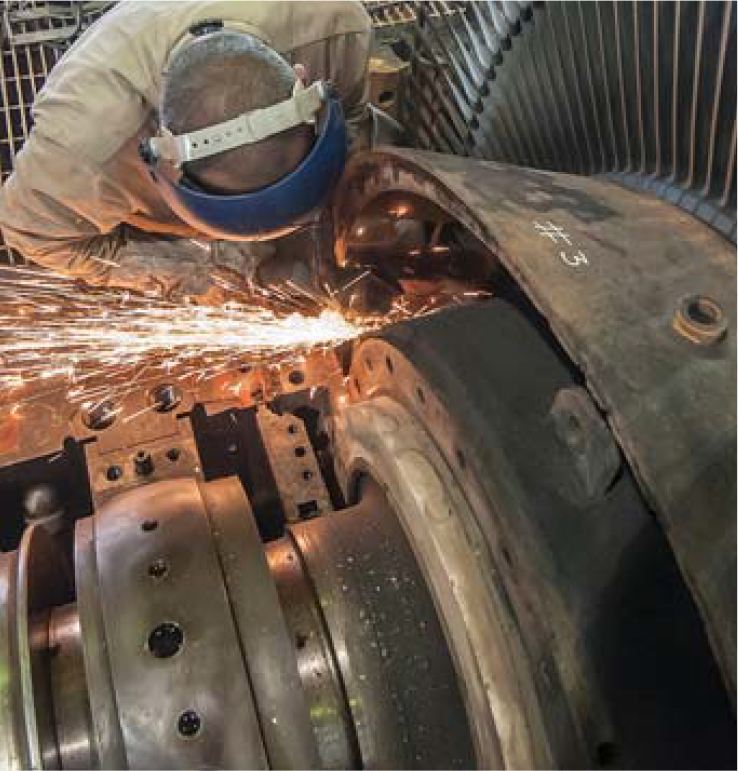 The costs involved in the flexible operation of thermal generation units include both capex, which is a one-time expenditure incurred in the installation of equipment required to make the plant capable of low load operation, and opex, which is a recurring cost incurred due to the increase in the O&M cost and decrease in efficiency.

The factors impacting opex are increase in heat rate and auxiliary power consumption, increase in O&M due to the reduced life of components, and increase in oil consumption on account of frequent start/stops. Thermal plant units are designed for baseload operations, but as the operation regime changes from baseload to load cyclic, the plant components deteriorate at a faster rate. This is observed in the increased failure rate and frequent replacement of components. The life of components reduces with the increase in the number of start-stops the unit undergoes in a year, which, in turn, increases the O&M cost. Increasing the ramp rate during loading can add to expenses.

Further, the start-up of thermal power stations requires secondary fuel support, mainly in the form of oil. The quantity of oil consumption depends on the duration of start-up. During flexible operation, a large number of cold, warm and hot start-ups may be required. This increases the additional fuel cost. Other start-up costs include water, chemicals, additives and auxiliary power. Further, there are high system costs associated with flexibilisation owing to suboptimal utilisation and lower PLFs.

According to a study by the CEA and the United States Agency for International Development, a capex of Rs 0.2 billion-Rs 0.5 billion per unit is required for flexible operation based on the unit condition. The opex is around 20 paise per kWh at 50 per cent loading and 27 paise per kWh at 40 per cent loading for a 500 MW unit. For hot, warm and cold start-up, the opex is around Rs 3.8 million, Rs 5.1 million and Rs 9.1 million respectively for a 500 MW unit.

Going forward, coal-fired units will play a key role in greening the Indian grid by increasing the integration of renewables. To this end, APC solutions have proved to be cost effective in flexible operation though unit-specific changes need to be applied. APC solutions are effective in baseload as well as part-load efficiency and reliability improvements. O&M processes and maintenance strategies must also evolve to counter the effects of flexible operation.

Based on a presentation by Anubhav Dwidevi, Manager, Digital Initiatives, NTPC Limited, at a recent Power Line webinar