The past year witnessed an increase in credit offtake from banks and non-banking financial companies in sectors such as renewables and power transmission. The bond market also witnessed increased traction. However, overall, power sector financing activity remained subdued in the past year owing to the economic slowdown due to the Covid-19 outbreak, a high-interest-rate scenario and a number of execution challenges that led to delays.

Mounting discom dues is one of the key concerns for the power sector. The plummeting power demand from high-tariff-paying commercial and industrial consumers due to the outbreak of Covid-19 and the subsequent lockdown has significantly added to the woes of the power discoms already in financial distress. Further, the decline and delays in revenue collection have significantly hampered discoms’ ability to pay their dues to generators, resulting in a financial crunch across the power sector value chain.

The overdues of central PSUs and independent power producers account for 36 per cent and 34 per cent respectively, followed by the overdues of state sector power generation companies, which account for 22 per cent. Meanwhile, the overdues of renewable energy companies account for a 9 per cent share in the total amount overdue. Among power generators, state genco Rajasthan Rajya Vidyut Utpadan Nigam Limited had the highest overdue amount of Rs 253.98 billion from discoms, followed by private major Adani Power Limited at Rs 200.1 billion and public major NTPC Limited at Rs 182.82 billion. These top three generators together account for around 54 per cent of the total discom dues.

In order to mitigate the impact of Covid-19 on the power sector, the central government announced Rs 900 billion liquidity injection for discoms as a part of the Rs 20 trillion stimulus package under the Atmanirbhar Abhiyan. This would be extended as loans by REC Limited and the Power Finance Corporation (PFC) at concessional interest rates (8.75 per cent for three-year loans, 9 per cent for five years, 9.25 per cent for seven years and 9.5 per cent for 10 years) to clear the discoms’ dues to gencos. The loan disbursements would be made directly to the power generating companies by PFC and REC on behalf of the distribution companies. The scheme aims to clear the dues owed by discoms to the power generating companies till March 2020, but several states, citing the discoms’ additional stress due to the coronavirus lockdown, are seeking an increase in the liquidity window to Rs 1,200 billion to cover the additional dues for the April-June period. To allow all discoms to avail of loans under the liquidity infusion scheme, the union cabinet has approved a one-time relaxation to PFC and REC for extending loans to discoms above the working capital limit of 25 per cent of the previous year’s revenues, as imposed under the Ujwal Discom Assurance Yojana (UDAY).

As of September 16, 2020, loans aggregating Rs 706 billion have been sanctioned, of which Rs 247 billion has been disbursed. The release of the first component of the loan to each state discom will be contingent on the respective state governments’ efforts to clear the departmental dues to their discoms, and putting in place a credible mechanism to release the consumer subsidies in advance. To receive the second tranche of the package, the discoms will have to furnish evidence of actions taken to implement the initial undertakings, which will include enabling the digital payment of electricity bills.

During 2019-20, foreign direct investment (FDI) inflows in the power sector registered a decline of 39.23 per cent, from $1,106 million in 2018-19 to $672 million in 2019-20, the lowest level since 2015-16, owing to weak economic sentiment across global markets. There was some activity in the corporate bond market. Various power sector companies took to the bond market to raise capital during 2019-20. Notably, Adani Electricity, Mumbai Limited (AEML), a wholly owned subsidiary of Adani Transmission Limited (ATL), became the first private utility to issue US$ bonds. In February 2020, the company completed the issuance of bonds worth $1 billion, with an over-subscription of 5.9 times. Apart from this, the other big bond issues were $90 million of bonds issued on a private placement basis by ATL in March 2020, a $750 million bond issue by PFC in January 2020 and a $500 million bond issue by REC in May 2020.

There has been a steady pipeline of deals in the past year, ranging from distressed asset acquisitions to divestment of non-core assets and acquisitions involving international investors looking to participate in the India growth story.

In the conventional thermal power generation segment, one of the marquee deals was Adani Power’s acquisition of a 49 per cent stake in Odisha Power Generation Corporation from the AES Corporation, a US-based global energy company, for $135 million, while the balance 51 per cent stake continues to be owned by the Odisha government. Another key deal was a 75 per cent stake acquisition by the JV of Tata Power and ICICI Bank in Prayagraj Power Generation Company Limited, which owns the 1,980 MW Prayagraj power plant in Uttar Pradesh. With this, the JV took over Rs 60 billion of the company’s debt. The stake was acquired by Renascent Power Ventures Private Limited, a wholly owned subsidiary of Resurgent Power Ventures Pte.

In the hydro segment, an important deal was NTPC Limited’s share purchase agreements (SPAs) signed with the central government to acquire its 74.496 per cent equity stake in THDC India Limited for Rs 75 billion and its 100 per cent equity stake in North Eastern Electric Power Corporation Limited for Rs 40 billion. The acquisition of these new capacities (including under-construction ones) adds 5 GW (10 per cent of NTPC’s total capacity) of mostly hydropower assets to NTPC’s largely coal-dominated asset base, noted analysts.

In the renewable energy segment, the key merger and acquisition (M&A) deals were the RattanIndia Group’s sale of solar power plants with a combined capacity of 306 MW to Global Infrastructure Partners for about Rs 16.7 billion (September 2020); Ayana Renewable Power Private Limited’s acquisition of a 100 per cent equity stake in two solar PV power plants with a total capacity of 40 MW developed by First Solar (August 2020); the sale of 100 per cent stake in IL&FS Wind Power Services Limited (IWPSL) to Japanese Orix Corporation for Rs 606 million (April 2020); investment firm KKR’s definitive agreement with Shapoorji Pallonji Infrastructure Capital to acquire its five solar energy assets with a total capacity of 317 MWp for a total consideration of Rs 15.54 billion (April 2020); and Adani Green Energy Limited’s arrangement with French energy firm Total SA to set up a 50:50 JV for an investment of approximately $510 million.

A number of M&A deals have also been seen in the T&D equipment segment. Some of the key deals in the segment were Larsen & Toubro’s strategic disinvestment of its electrical and automation business to Schneider Electric for an all-cash consideration of Rs 140 billion (September 2020); Siemens India’s acquisition of C&S Electric Limited (January 2020); and Hitachi Limited’s completion of 80.1 per cent investment in ABB Limited’s Power Grids business (July 2020). The transmission segment has witnessed a number of acquisitions by IndiGrid in the past one year or so. In August 2020, IndiGrid acquired Gurgaon Palwal Transmission Limited (GPTL) from Sterlite Power at an enterprise value of Rs 10.8 billion. In May 2020, it signed an agreement to acquire Jhajjar KT Transco’s transmission assets in Haryana from Kalpataru Power Transmission Limited (for Rs 3.1 billion) and Techno Electric & Engineering Company Limited (Rs 3.1 billion). In April 2020, it announced the acquisition of Sterlite Power’s transmission asset, East North Interconnection Company Limited, worth $134 million, consisting of two 400 kV transmission lines spanning 900 ckt. km across Assam, Bihar and West Bengal. 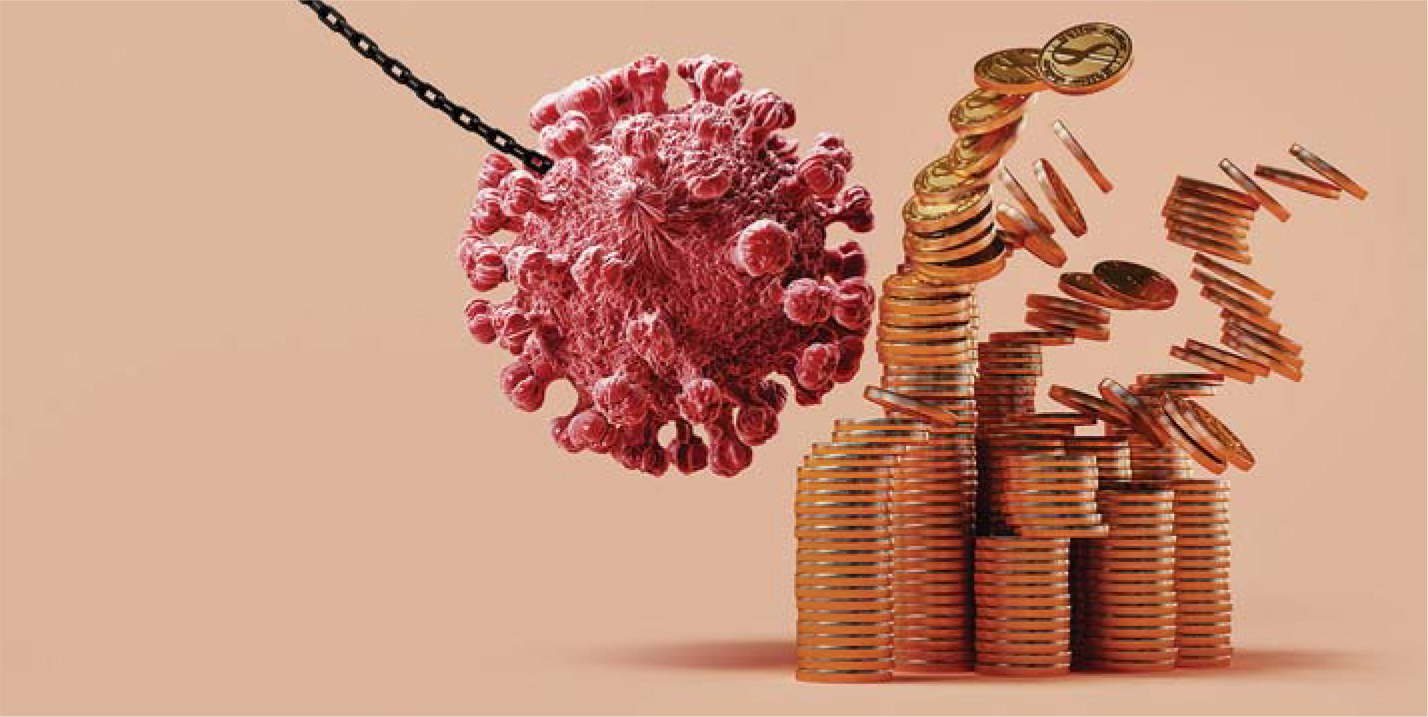 In the past year, an important trend has been power companies taking the InvIT route for fundraising. The last union Budget had waived the dividend distribution tax for InvITs, thus removing any tax hurdles for their private placement. Two important InvITs are expected to be launched in the power sector by Power Grid Corporation of India Limited (Powergrid) and private power major Tata Power. In September 2020, the CCEA gave approval to Powergrid’s asset monetisation via an InvIT. This will make Powergrid the first public utility in India to issue InvITs. In the first tranche, Powergrid plans to monetise five assets with a gross block of Rs 70 billion. Meanwhile, Tata Power plans to launch its renewable InvIT by March 2021. Reportedly, the company plans to transfer its Rs 110 billion debt, which is part of the renewable portfolio, to the InvIT along with the assets. According to Morgan Stanley, the 2,630 MW renewables portfolio of Tata Power is valued between Rs 185 billion and Rs 204 billion.

The resolution of stressed assets in the power sector has been slow due to the long lead time needed to achieve a sustainable resolution, the absence of new long-term power purchase agreements and subdued thermal plant load factor (PLF) levels. Only about 14 of the 34 identified stressed assets have been resolved in the past 1-1.5 years.

As per data from the Ministry of Power (as of March 2020), out of 34 stressed projects, 14 projects with a capacity of 16,450 MW have already been resolved. Reportedly, most of the resolved projects are facing problems in debt servicing due to inadequate cash generation from operations. There are about 14 projects aggregating 17,320 MW with a debt of Rs 917.73 billion that are likely to be resolved. Further, six projects with capacity of 6,360 MW and a debt of Rs 268.06 billion are unlikely to be resolved and are heading towards liquidation.

In the present Covid-19 crisis, certain deals have been put on hold due to a negative business sentiment. The fall in demand and declining thermal PLFs have made investors wary of investing in the thermal power sector. The attempts to sell stressed projects have yielded no results. In July 2020, JSW Energy terminated its plans to acquire GMR Kamalanga Energy, five months after announcing the deal, in the wake of Covid-19 and subsequent lockdown. GMR Kamalanga Energy, which owns and operates a 1,050 MW thermal power plant in Odisha, is a stressed asset with a debt of Rs 39.51 billion. Meanwhile, in May 2020, a Deutsche Bank-led consortium, which won the bid to buy out the debt of Jindal India Thermal Power Limited (JITPL), placed the acquisition on hold. JITPL owns a 1,200 MW coal-fired power plant in Odisha’s Angul district, and owes nearly Rs 76 billion to 17 lenders. Since 2017, lenders have sought bids to sell their 51 per cent stake. That said, one of the key developments in the past year on the resolution of stressed assets has been the introduction of a one-time settlement scheme for debt resolution by RattanIndia Power Limited with a the  consortium of 12 lenders led by PFC and SBI. The existing lenders have assigned the principal debt of Rs 65.74 billion to a set of new investors and lenders led by Goldman Sachs and Varde Partners (through Aditya Birla ARC Limited) for Rs 40.50 billion.

The power sector has faced severe headwinds and financial strain in the past couple of years due to the precarious health of the power utilities. The sector now faces an even bigger challenge amidst the Covid outbreak, given the massive liquidity constraints. The creditors to restructured stressed assets that had to accept longer payment periods and in some cases a haircut on the actual loan will have to suffer a longer turnaround period.

Overall, the challenges posed by the pandemic are enormous, but with the government’s proposed reforms under the Tariff Policy, the Electricity (Amendment) Bill, 2020, a new scheme to replace UDAY, smart meter roll-outs, privatisation moves of discoms, etc., the sector could see investments pick up pace over the long term.