Coal-based power is currently the mainstay of the country’s installed capacity, with a 70 per cent share in total generation. However, with the growing integration of renewables and a changing energy mix, the role of coal-based generation is evolving, and in the coming years it is expected to play a supportive role, balancing the intermittency in generation by renewable energy sources. This is being hastened by the record low renewable energy tariffs, especially for solar power, giving stiff competition to coal-based power. In November 2020, the Solar Energy Corporation of India’s auction for 1,070 MW of solar projects in Rajasthan received an L1 tariff of Rs 2 per unit, the lowest solar tariff discovered in the country so far. In contrast, NTPC Limited’s average tariff for 2019-20 stood at Rs 3.90 per unit (of which Rs 2.23 per unit comprised fuel charges and Rs 1.67 per unit comprised fixed charges).

The capacity addition of coal-based plants has declined in recent years – it stood at 6,765 MW in 2019-20, vis-à-vis a peak of about 18.5 GW in 2011-12. The major players in the coal-based segment are already on the path of diversification. NTPC Limited recently announced its decision to stop land acquisition for greenfield thermal projects, which essentially implies that no new coal-based projects will be taken up in the future (except those already under construction or planned).

During the first six months of 2020-21 (April-September 2020), coal-based capacity addition fell to 1,070 MW (achieved through the commissioning of an 800 MW unit of the Lara super thermal power plant [STPP] and a 270 MW unit of the Bhadradri STPP), which is about a third of the capacity added during the same period last year.

The plant load factor (PLF) of coal-based capacity has also declined, as discoms are backing down power due to the lack of demand and to accommodate renewable energy,  which has must-run status. Coal-based PLFs declined from a peak of 73.6 per cent in 2011-12 to 55.98 per cent in 2019-20, and even further in the subsequent months to stand at about 50 per cent during the April-October 2020 period.

Emission norms update: Compliance with the revised emission norms issued by the Ministry of Environment, Forest and Climate Change (MoEFCC)  in December 2015 remains tardy, and the industry has been seeking an extension to the 2022 deadline. The Ministry of Power (MoP) recently wrote to the MoEFCC about the issue, and a two-year extension till 2024 is expected to be provided to the majority of plants for the installation of the emission control equipment. The MoP has, reportedly, sought an extension of deadline for 322 units, aggregating 100 GW. A uniform two-year extension may not be provided to all the identified thermal power plants (TPPs); a relaxation is likely to be granted depending on the progress made by the plants in completing flue gas desulphurisation (FGD) equipment installation.

In addition, a recent report by the Central Electricity Authority (CEA) suggests that TPPs can install emission control equipment in phases, with immediate installation required only in areas with high levels of sulphur dioxide. Meanwhile, the MoP has reportedly identified 32 units across 12 TPPs, aggregating 5,019 MW, which will have to be shut down as they have not submitted any plan to adhere to the prescribed emission control norms. These units are over 20 years old and the majority of them are run by state governments, while some are operated by the central government-owned Damodar Valley Corporation (Bokaro and Durgapur) and CESC Limited (Titagarh).

Further, the Central Electricity Regulatory Commission (CERC) issued a staff paper in September 2020 on the compensation mechanism for competitively bid TPPs on account of compliance with the environment ministry’s revised emission standards.

FGD systems are to be deployed by 448 thermal units, aggregating over 169 GW, in a phased manner by 2022. Meanwhile, electrostatic precipitators are to be installed in 220 units, totalling 63.4 GW. As of November 2020, only six units, totalling 2,160 MW (NTPC’s 4×210 MW Dadri TPP and CLP India’s 2×660 MW Mahatma Gandhi TPP) have commissioned FGDs, amounting to just about 1 per cent of the targeted capacity. However, FGD tenders have been issued for 130 GW of capacity, and bids have been awarded for 68.6 GW.

Draft LPS rules: In August 2020, the MoP issued an advisory to all generation and transmission companies, asking them to charge late payment surcharge (LPS) at a rate not exceeding 12 per cent for payments, under the liquidity infusion scheme, in order to ease the financial burden on discoms. Earlier, the LPS, in many cases, was as high as 18 per cent, which adversely impacted discoms during the lockdown. Subsequently, in October 2020, the MoP issued the draft Electricity (Late Payment Surcharge) Rules, 2020, in view of the low rates of interest prevailing, so that the LPS rates reflect the current cost of borrowing. According to the draft rules, LPS will be payable on outstanding payments after the due date for the supply or transmission of power at either the applicable bank rate or the rate as provided in the agreement, if any, whichever is lower. The LPS rate will increase by 50 basis points each month after the end of the first month following the due date, subject to a maximum of the applicable bank rate plus 200 basis points.

Change in law: The MoP recently issued the draft Electricity (Change in Law, Must-run Status, and Other Matters) Rules, 2020. It lays out rules to allow quick compensation to power plants for additional costs arising due to change in law events or modifications in consents or licences. As per the rules, any pass-through in tariffs due to a change in law will be implemented in an expeditious manner within 30 days. If finalised, this policy measure can bring significant relief to gencos facing under-recoveries owing to a change in law, as the current process of litigation for compensation is cumbersome and time-consuming. 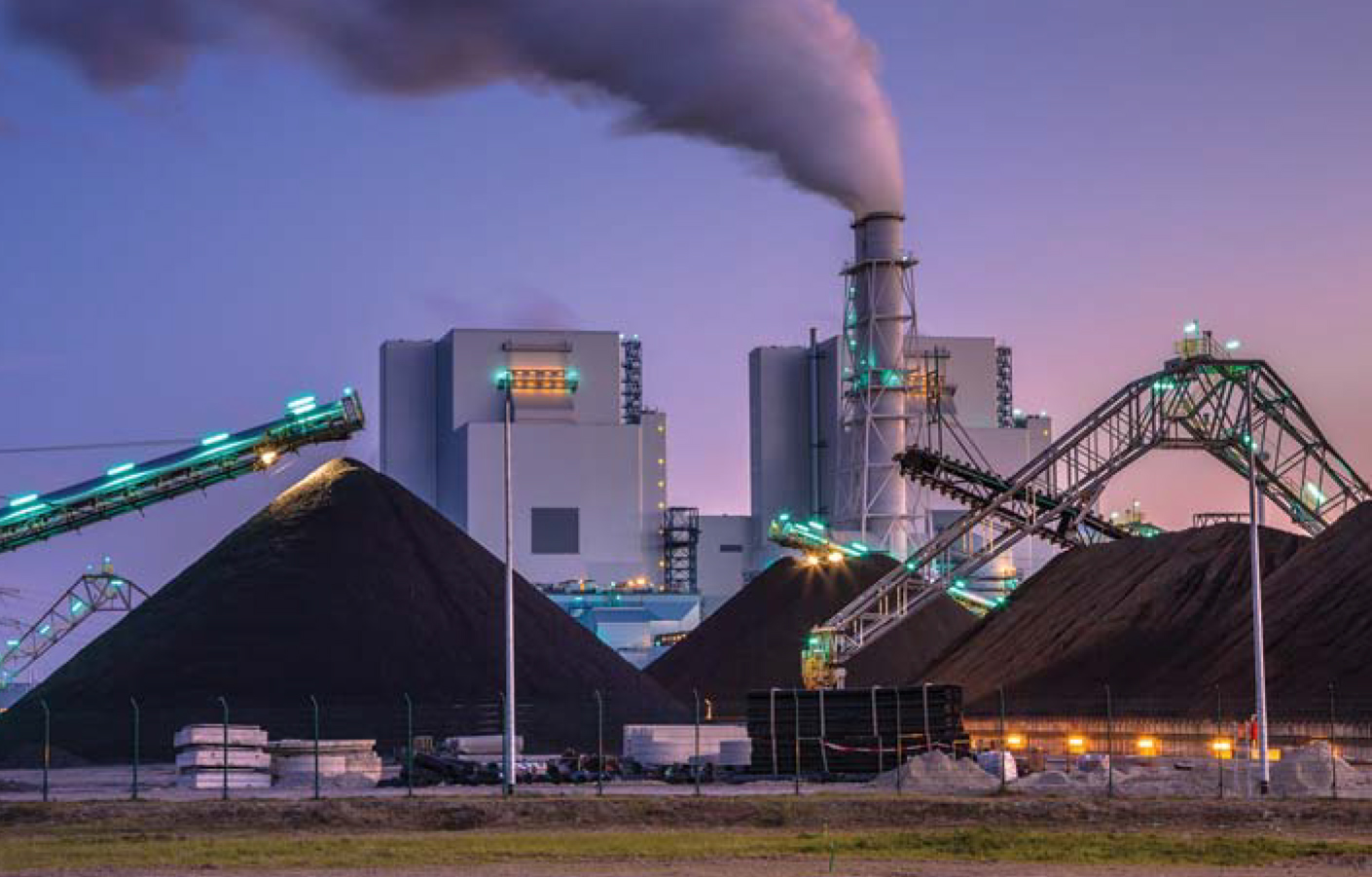 Commercial coal mining: In a major recent development, the auction process for commercial coal mines has begun. So far, 19 mines have successfully been auctioned, which is the highest number of successfully auctioned mines in any tranche of coal auctions. The opening up of commercial mining is expected to increase domestic production and reduce the country’s reliance on imports.

Coal imports: The central government is encouraging TPPs to switch to domestic coal and reduce imports. Recently, the environment ministry allowed TPPs to change the source of coal from imported to domestic without seeking an amendment in environment clearance. In an order issued on November 11, 2020, the MoEFCC stated that in order to simplify the procedure for changing the source of coal and to encourage TPPs to use domestic coal, it has decided that all TPPs (including captive power plants) that have environmental clearance can change their coal source from imported to domestic, domestic to domestic, and domestic to imported, including lignite. This can be done directly through e-auctions as well as short-term linkage/long-term linkage/other linkage options of the Ministry of Coal or any organisation recognised for allotting coal linkages, without seeking an amendment in the environmental clearance. Earlier, in April 2020, the MoP had advised power generating companies using imported coal (part or full) to switch to domestic coal as much as possible. Coal imports by TPPs fell to about 268 mt during the April-October 2020 period, vis-à-vis nearly 40 mt during the same period last year, signalling a 33 per cent decline.

Decline in funding for coal-based TPPs: As per a recently released report by the Centre for Financial Accountability and Climate Trends, public funding for coal-based power projects in India declined for the second consecutive year in 2019. There was a 126 per cent drop in funding from commercial banks to coal-based power projects compared to 2018, following a 90 per cent decrease in 2018 over the previous year. In 2019, two coal-based projects (aggregating 3.06 GW) received Rs 11 billion in project finance. In 2018, five coal-fired projects, with a combined capacity of 3.8 GW, received Rs 60.81 billion ($850 million). In contrast, Rs 607.67 billion was lent to 17 GW of coal projects in 2017. Of the total lending to coal in 2019, Rs 7 billion went towards refinancing JSW Energy’s Barmer TPP in Rajasthan. The Barmer project was also refinanced in 2018. The remaining Rs 4 billion went towards financing NTPC’s new coal project in Barh, Bihar. Meanwhile, lending to renewable energy projects (41 projects totalling 5.15 GW) stood at nearly Rs 230 billion in 2019.

Compensatory tariffs update: In July 2020, the Gujarat government decided to reverse its 2018 decision to amend the PPAs it had signed with three producers – Tata Power, Adani Power and Essar Power – to raise tariffs in order to offset the rising cost of imported coal. Now, after taking into account the fall in global coal prices, the state will revise the terms and conditions of the PPAs in new supplementary agreements, wherein the tariff calculation will be done on the basis of fresh parameters, on a case-by-case basis. In December 2018, the Gujarat government had passed a general resolution to allow the three gencos to sign supplementary PPAs with the state to facilitate the pass-through of future fuel price escalation, as per the Supreme Court’s October 2018 ruling that allowed compensatory tariff relief for firms citing change in law.

Going forward, flexibilisation is crucial for coal-based plants. In order to manage the variability associated with renewable energy-based generation, as well as the increasing ramp in all-India demand, the flexibility attributes of coal-based power plants need to be effectively harnessed. Although the technical minimum level (minimum operational level) for coal-fired plants under the jurisdiction of the CERC has been brought down to 55 per cent, plants under the jurisdiction of state commissions are yet to do the same. In order to avoid network congestion or renewable energy curtailment in the future, it is imperative to carry out a comprehensive review of the operation of conventional power plants at the minimum possible level.