India’s energy mix consists primarily of electricity based on fossil fuels, which account for 61.9 per cent share,  of which coal comprises 53.4 per cent. This, however, is set to change in the coming years, with economic and environmental imperatives favouring the installation of renewable sources of power such as solar and wind.

According to the government’s ambitious targets, India will have a renewable energy capacity of around 175 GW by 2022, which would contribute to around 30 per cent of generation. However, even in a high renewables scenario, coal-based power plants will remain critical to the grid to provide stability. Thus, designing a road map for a successful transition to support intermittent generation sources will require coal-based power plants to continue to play a significant role. However, the shift from coal-based power to renewable energy would also mean that coal becomes a secondary player in the equation by operating only to balance the variation in renewable generation, which would require active measures to improve the ramp-up and ramp-down times of coal-based power plants, in addition to investing in efficiency enhancement in order to successfully facilitate the transition to renewable electricity.

There are several technologies and methodologies available to flex coal, including retrofitting boilers, improving plant efficiency and upgrading the control system. Although the technology to execute the transition is readily available coal-based power plants need to undertake a detailed analysis of the commercial viability of investing significant sums of money towards undertaking flexibilisation measures. Further, flexibilisation impacts the fatigue life of the unit, especially with flexing operations, resulting in damage to thick-walled components. Thus, gencos and technology providers need to closely examine the techno-commercial impact of flexibilisation holistically.

The costs associated with flexibilisation are twofold, one being the upfront capital cost and the other being the additional operational expenditure incurred on account of increased operations and maintenance costs owing to reduced efficiency.

Capital expenditure is needed to meet the requirements of flexible operation, mainly for capital interventions at the unit level. The number and type of interventions required would vary from plant to plant, depending on the age of the unit and the scope of works.

The operational costs are higher, owing to a combination of three factors – higher heat rate, higher wear and tear due to the reduced life of components, and higher costs owing to the higher oil consumption for ignition. The frequency of load variation and the degree of load variation are, thus, two fundamental issues that contribute to the fatigue factor and heat rate costs. The greater the load variance and its frequency, the higher the fatigue rate of the equipment and fuel costs.

Load variation of a significant nature costs around Rs 50,000 to Rs 200,000 per variation. Plant reinitiation costs approximately Rs 5 million to Rs 50 million, depending on the plant capacity.

Operational cost can be optimised by running the plant at 55 per cent capacity, which requires only the modification of operational procedures, alongside control system tuning, which is fairly inexpensive and feasible. In contrast, maintaining a baseload of 40 per cent requires retrofitting the thermal power plant and incurring capital costs as mentioned above. 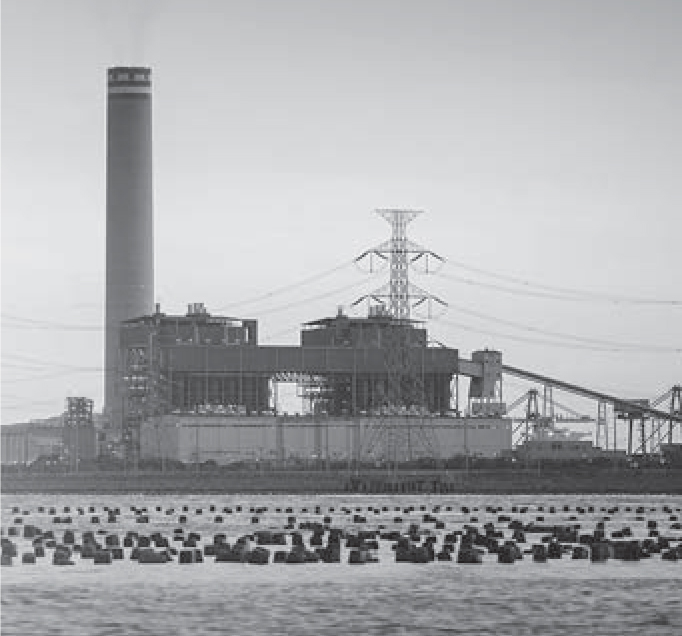 Apart from a few public utilities that are undertaking pilots/trials for flexibilisation, there is currently significant reluctance among private players to invest in flexibilisation measures, owing to the costs involved. Moreover, there is no justifiable precedent for estimating the fatigue costs on equipment over the life cycle of a plant, except in Europe and the US, where the coal utilised is of a much higher quality, thus rendering it difficult to calculate the fatigue costs.

Fundamentally, given the adversarial cost-benefit matrix of flexibilisation, there is a reluctance to invest in the flexibilisation of coal-based power plants without fiscal support. Thus, reimbursement by renewable energy power plants to compensate for the investment in plant flexibilisation needs to be considered, say private power producers. Another way to support flexibilisation would be to revise and raise the tariffs provided in the power purchase agreements (PPAs) so that thermal plants can invest in flexibilisation measures. Another radical solution at the distribution end consists of replicating the European pricing structure, wherein tariffs are dependent on demand and supply.

Interventions seeking to enable flexible load variation capabilities with minimal expenditure include using advanced machine learning- and artificial intelligence-based control systems for load prediction, combustion optimisation, stabilisation of control loops, etc. Plasma development solutions for flexibilisation may prove to be inexpensive, but there is a paucity of outlay for research and development and experimental trials.

Other suggestions mooted by the industry to overcome the challenges to flexiblisation include raising the efficiency of subcritical units, forced retirement of very low capacity coal-based power plants and encouraging the use of natural gas and hydroelectric plants to balance the load volatility.

The integration of 175 GW of renewable capacity (100 GW of solar and 60 GW of wind) by 2021-22 will result in a 36 per cent share of renewable energy in the total installed capacity, which will further increase to 450 MW by 2030, or around 54 per cent. As a result, there would be need for better flexibility among other sources. As per a CEA study, with a business-as-usual scenario, there would be undue pressure on coal-fired units to flex their generation to as low as 26 per cent of the rated capacity, for which they are not designed. It is also techno-economically unviable for coal units to operate at such low loads, especially given the high ash content of Indian coal. Thus, there is a need to look at other sources as well. For example, in step one, with additional peaking support from hydro and gas, the minimum loads of coal plants can be increased significantly. In step two, pumped or battery storage, or a combination of both, and two-shift operation of certain coal-fired plants are envisaged.

Additionally, measures like demand-side management (DSM) will strategically minimise the requirement of flexible generation. Under DSM, as agricultural consumption accounts for about 18 per cent of the total energy consumption in the country, shifting of an agricultural load of 2,000-3,000 MW from night hours to solar generation hours would improve the minimum technical load by 2-3 per cent.

Thus, there is an urgent need for regulatory facilitation and guidance by the Central Electricity Regulatory Commission and state electricity regulatory commissions with regard to the revision of the grid code and tariff structure for supplying flexible generation into the grid from hydro, gas, thermal, and pumped and battery storage plants. Since thermal plants are expected to remain the dominant supplier of power for the next decade or so, it is imperative to incentivise them to enable the transition to a flexible regime by investing in flexibilisation systems and associated technologies.