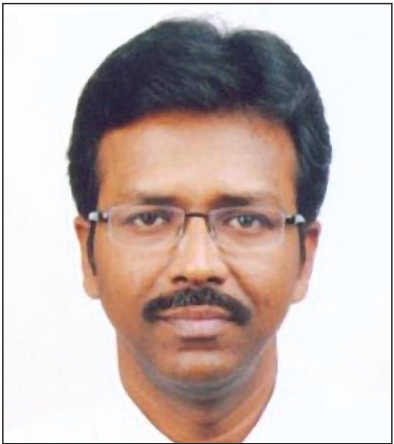 Bhaskar Sarkar is CEO of Tata Power Trading Company Limited (TPTCL). He has over three decades of experience in the power sector, and has been working with the Tata Group for the past 16 years. He was part of the leadership team that turned around the privatised Tata Power Delhi Distribution Limited. He then became CEO of Maithon Power Limited in Jharkhand, a JV between Tata Power and DVC. Throughout his career, he has been actively involved in formulating and implementing sector reforms in India with the World Bank and PricewaterhouseCoopers. He was involved in the unbundling exercise of states.

“The power sector is experiencing pioneering changes. India has seen a change in the RE scenario, with solar capacity increasing from 2.6 GW in March 2014 to 38 GW in December 2020. This resulted in solar prices falling from Rs 12-Rs 13 per unit in 2014 to less than Rs 2 per unit in December 2020,” he remarks. He commends the promotion of private participation in coal mining and distribution to bring in better performance and accountability. Further, the recent notification of the consumer charter, wherein, for the first time, prosumers have been defined, will pave the way for new businesses such as peer-to-peer trading, he notes.

However, there are a number of unresolved issues, Sarkar believes. “Open access norms need to be standardised across states, RPO compliance should be more stringent, and the trading markets need to be strengthened by introducing market coupling, bringing longer-term contracts under exchanges, streamlining the power derivatives market, opening a green day-ahead market and allowing generation rights trading.”

On the company’s road map, he says, “TPTCL has taken up the new business line of energy-as-a-service through a blockchain-based and IoT-enabled platform, partnering with ESCO operators. Further, TPTCL has initiated blockchain-based peer-to-peer trading between prosumers generating surplus RE and consumers without rooftop solar capacity who wish to get power at a cheaper rate than utility power. Other new initiatives include an AI/ML-based RE generation forecasting tool and a real-time monitoring client bidding support platform.”

Sarkar has a collaborative style of management. His philosophy is building consensus in the team to take up initiatives and decisions. He likes travelling and has Antarctica on his bucket list.