Hydropower major, SJVN Limited, which was set up for the execution of the flagship 1,500 MW Nathpa Jhakri project in Himachal Pradesh, has come a long way over the years. It has an operational portfolio of more than 2 GW of projects at present. The company has expanded its footprint to become a diversified power sector player with projects across the hydro, thermal, solar and wind segments that are in operation or under construction across various states as well as in the global arena. It has posted a steady operational and financial performance in recent years. In a key highlight on the business expansion front, in February 2021, SJVN won the 679 MW Lower Arun hydropower project in Nepal through international competitive bidding. Going forward, the company has a strong project pipeline and is proactively working towards enhancing its portfolio to 5 GW by 2023 and 12 GW by 2030.

SJVN was incorporated in May 1988, as a joint venture (JV) of the Government of India and the Himachal Pradesh government. In 1993, it began the construction of the 1,500 MW Nathpa Jhakri hydroelectric power (HEP) project and successfully commissioned it in 2003-04. Subsequently, the 412 MW Rampur HEP was taken up, which was commissioned in 2014. 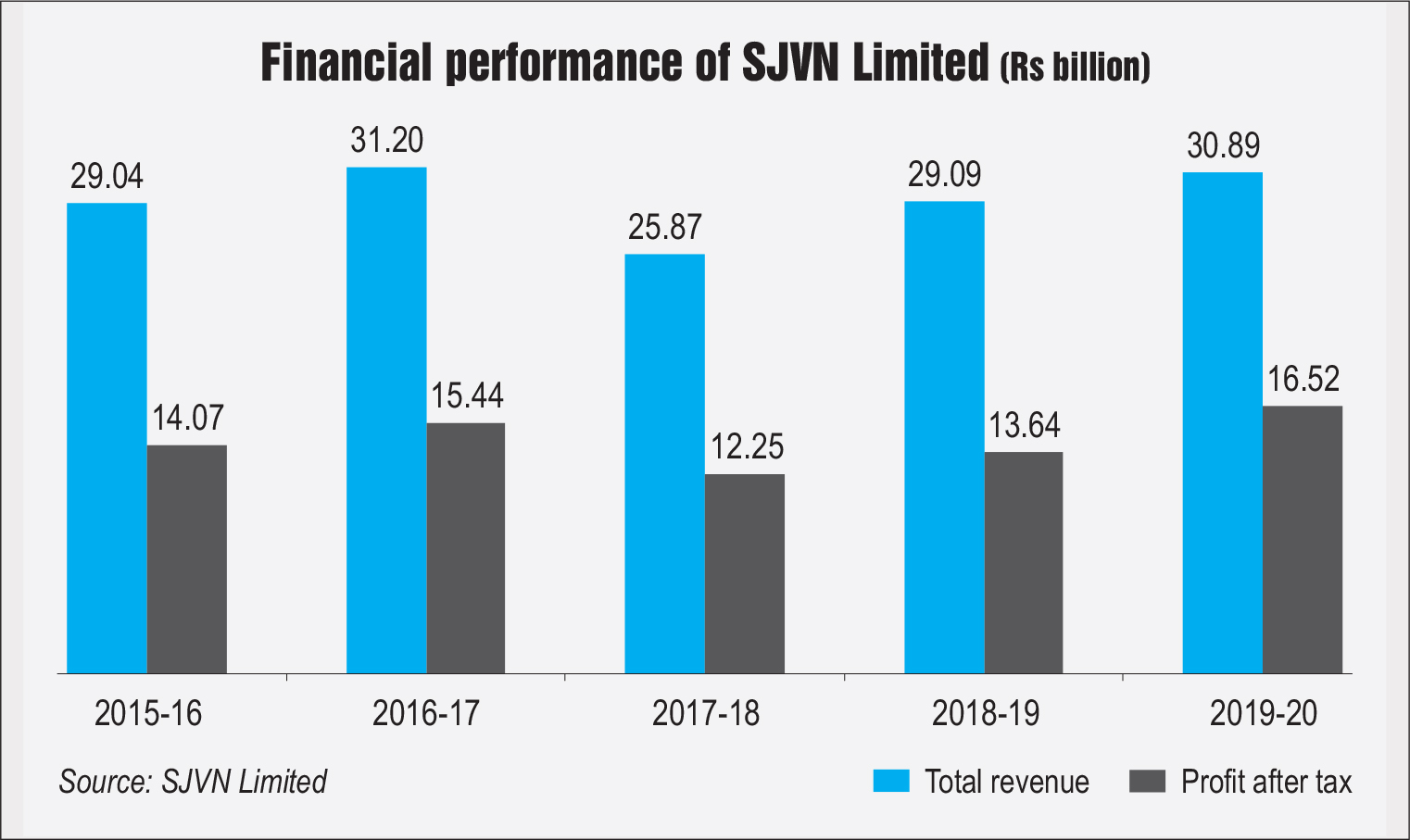 Apart from these, it owns an 86 km long, 400 kV, double-circuit (D/C) transmission line (Muzaffarpur to Sursand near the Nepal border) under the Cross-border Power Transmission Company Limited (CPTC), a JV of SJVN and IL&FS Energy Development Company Limited (IEDCL), Power Grid Corporation of India Limited and the Nepal Electricity Authority.

On the recovery of dues, the company’s outstanding dues pending on December 31, 2020 were Rs 5.22 billion against Rs 9.15 billion last year. 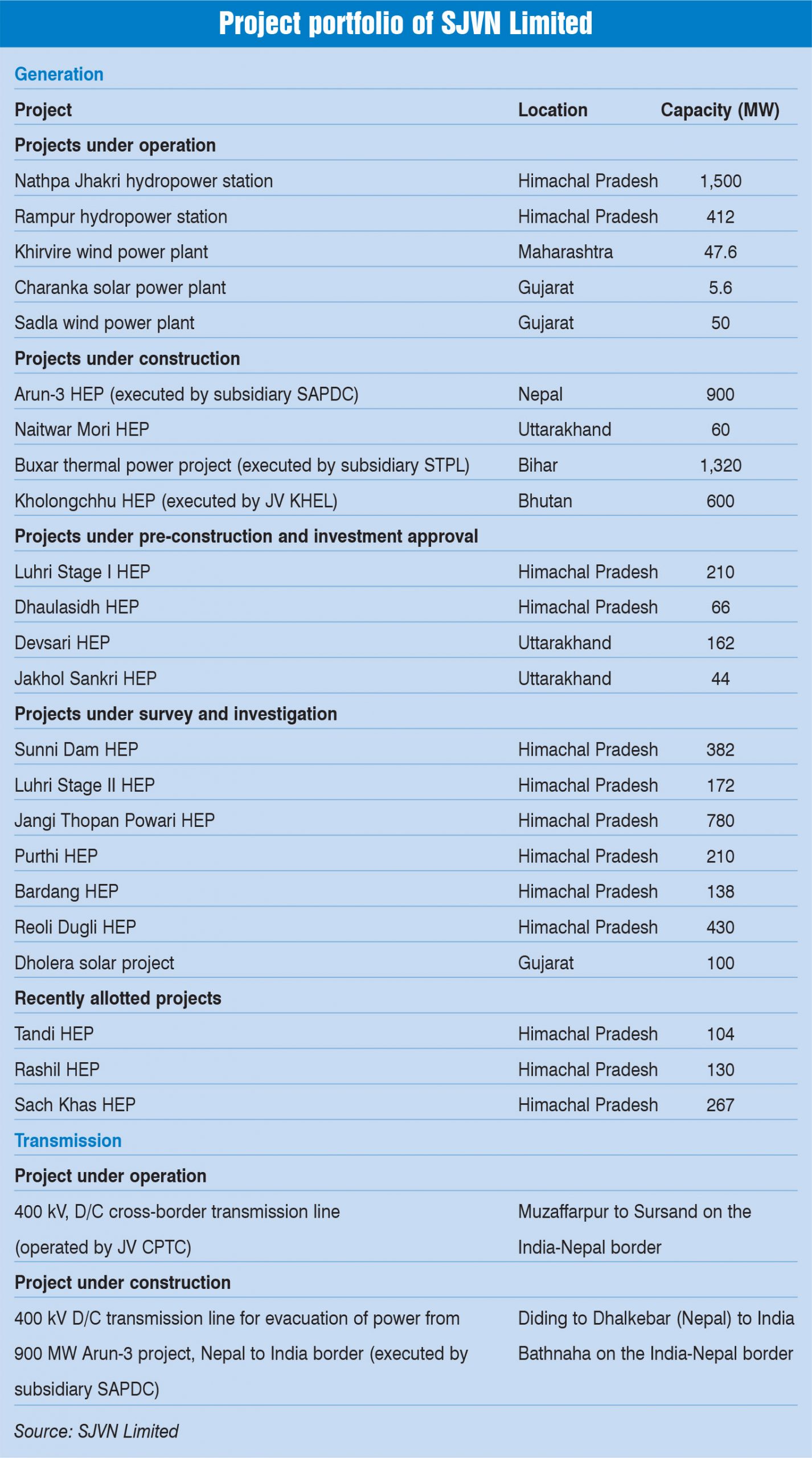 SJVN has a project pipeline of around 6,075 MW of capacity. Of this, 2,880 MW is under construction, 482 MW is at the pre-construction and investment approval stage, 2,212 MW are under survey and investigation (S&I), while the remaining 501 MW of projects were allotted recently in December 2020.

At present, the 900 MW Arun-3 in Nepal, 60 MW Naitwar Mori in Uttarakhand and 210 MW Luhri Stage I in Himachal Pradesh are at the under construction. SJVN Arun-3 Power Development Company Private Limited (SAPDC) is a fully owned subsidiary incorporated in Nepal to execute the development of the 900 MW Arun-3 hydropower project. The 600 MW Kholongchhu HEP in Bhutan, being executed through JV Kholongchhu Hydro Energy Limited (KHEL), is also under construction. The KHEL JV was formed with the Bhutan-based Druk Green Power Corporation Limited as a 50 per cent partner, to execute the Kholongchhu hydropower project. Besides hydro projects, SJVN is constructing the 1,320 MW Buxar thermal power plant in Bihar through its subsidiary SJVN Thermal Private Limited (STPL), and the 100 MW Raghanesda solar project in Gujarat, which it secured in October 2020.

The other projects in the pipeline for SJVN include the 66 MW Dhaulasidh HEP, for which the investment approval was accorded on October 1, 2020 and construction is expected to start soon. The environmental clearance of the Sunni dam HEP (382 MW) has been agreed in principle by the Central Electricity Authority on December 23, 2020 and the project will be under construction by September 2021.

The 679 MW Lower Arun hydropower project in Nepal, secured in February 2021, is located in the Sankhuwasabha and Bhojpur districts of Nepal. On completion, the project will generate 3,561 MUs of electricity per annum.

With respect to transmission projects, a 400 kV D/C transmission line for power evacuation from the 900 MW Arun-3 project, on the India-Nepal border, is also under construction. Meanwhile, SJVN has entered into an MoU with the Indian Renewable Energy Development Agency (IREDA), by which it would provide services for green energy projects. According to the MoU, it would undertake techno-financial due diligence of renewable energy, energy efficiency and conservation projects for SJVN. Under the MoU, IREDA will assist SJVN in developing an action plan to create and acquire renewable energy projects for the next five years.

The issues and challenges that are faced by the hydropower segment apply to SJVN as well. These include difficult terrain, geological surprises while developing projects, long gestation periods including time taken for various approvals, and increased cost of land leading to high project costs.

Meanwhile, in August 2020, SJVN had won a 100 MW solar project in the Dholera solar park in Gujarat at a bidding price of Rs 2.80 per unit. However, in February 2021, Gujarat Urja Vikas Nigam Limited cancelled the 700 MW solar auction in the state’s Dholera solar park and retendered it (Phase IX) in an attempt to discover a lower tariff for the projects. SJVN, however, has approached the Appellate Tribunal for Electricity to seek a remedy in the Dholera solar tender cancellation issue. 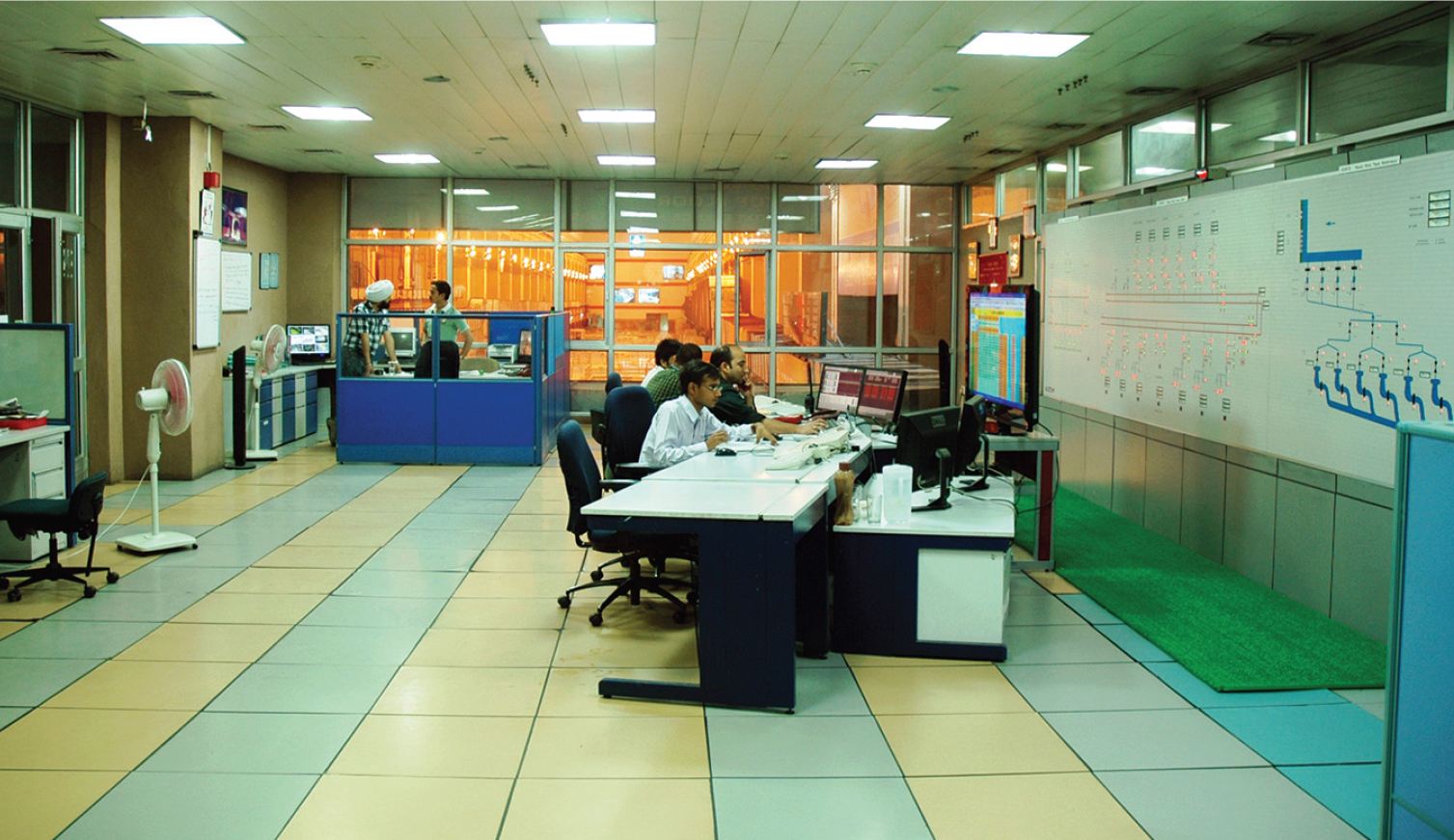 Given the capacity in operation and at various stages of construction, SJVN claims a strong asset base in its balance sheet. Further, the company has set a target to increase its portfolio to 5,000 MW by 2023, 12,000 MW by 2030 and 25,000 MW by 2040. This is expected to help position SJVN itself as a leading player in the hydropower segment in the Indian market as well as contribute to enhancing the power sector’s environment and social sustainability.