With growing urbanisation and space constraints, power transmission faces the problem of having to install more transmission lines while facing space limitation issues. To this end, various technological advancements have been made in the transmission conductor industry. As conductors carry current, they are responsible for 30-40 per cent of transmission line costs. Selecting the right type of conductor is thus essential.

Uprating of transmission lines by replacing existing conductors with high performance ones has been an effective way of enhancing line capacity. As this does not involve any modifications in the existing structure, higher power transfer capabilities can be achieved through new high performance conductors.

High temperature low sag conductors (HTLS), as the name suggests, have the capacity to withstand high operating temperatures in the range of 150-250 °C, enabling the carriage of higher amounts of power than conventional conductors (which are designed to operate at 85-95 °C). HTLS conductors possess special cores with low coefficients of thermal expansion, which give these conductors low sag capabilities. With HTLS conductors, ampere capacity (ampacity) can be increased without modifying most of the existing towers. They can thus be used when there are restrictions on using new or higher towers, or when an existing overhead line faces clearance problems (ampacity limitations). The capacity of HTLS conductors is 30 per cent greater than conventional conductors. Their lower resistance helps in lowering I2R losses, making them more energy efficient.

Further, HTLS conductors can be used for crossings that span longer distances. This has been a great challenge for aluminium conductor steel-reinforced cable (ACSR) conductors due to their higher thermal expansion coefficients. The ultimate tensile strength of conventional conductors is also low compared to HTLS conductors.

The most important advantage of using HTLS conductors is that they have a higher current carrying capacity than conventional ACSR or all-aluminium alloy conductors (AAACs). They can also solve RoW issues by enhancing transmission capacity without affecting the already negotiated RoW, as they require negligible modifications to the towers, as mentioned above (mostly in the form of clamps or mountings for the conductors, or light tower reinforcement), and sometimes even fewer towers. HTLS conductors can be used to transfer bulk power from one station to another, so they also have the potential to reduce the number of transmission lines required. HTLS conductors can thus replace multiple lines with a single line.

Invar: These conductors use fully annealed aluminium or add zirconium, a thermal-resistant alloy of aluminium, to the aluminium strands. They have galvanised cores made of iron and nickel, the low thermal expansion coefficients of which enable the conductors to achieve low sag. As this coefficient is about one-third that of steel, these conductors have lower sag than ACSR conductors.

Super thermal alloy conductor Invar reinforced (STACIR): These conductors are manufactured from aluminium-zirconium alloy rods. A STACIR conductor possesses a strong inner Invar steel core and concentrically arranged super-thermal aluminium alloy wire strands that form the outer layer. These conductors are preferred for reconductoring applications. They also require no modification/reinforcement of the existing towers. They can carry 100 per cent more current than equall-sized ACSR conductors while having the same maximum sag and maximum working tension.

Aluminium conductor steel supported (ACSS): ACSS conductors have aluminium annealed external strands. The aluminium used is pure, making the conductor soft and ductile. The core, which is made of high strength steel, carries most of the load, lowering the sag as compared to a conventional conductor under high temperature. These conductors are preferred for reconductoring as well as for new lines.

Gap type: These conductors are characterised by a small gap between the galvanised steel core and the aluminium strands. Due to tensioning of the steel core, a gap-type conductor has lower sag than a conventional ACSR conductor. It requires special erection techniques while stringing.

Carbon fibre composite core: These conductors are fully aluminium annealed, with the core being made of composite materials such as glass fibre and carbon. They have low thermal expansion coefficients, lessening sag. They require special types of dead-end clamps and joints, and particular care when handling and stringing due to their softer aluminium strands. They are characterised by their ability to carry nearly twice as much current as conventional ACSR conductors of equal dimensions. They are mostly used for retrofitting existing electric power transmission lines, as they do not require changes in the existing towers and insulators.

India’s first HTLS project was implemented by Power Grid Corporation of India Limited for the line-in line-out of one circuit of the 400 kV double-circuit (D/C) (quad) Dadri-Ballabgarh transmission line at Maharani Bagh. Invar-type HTLS conductors were used for the project.

Concerns and the way forward 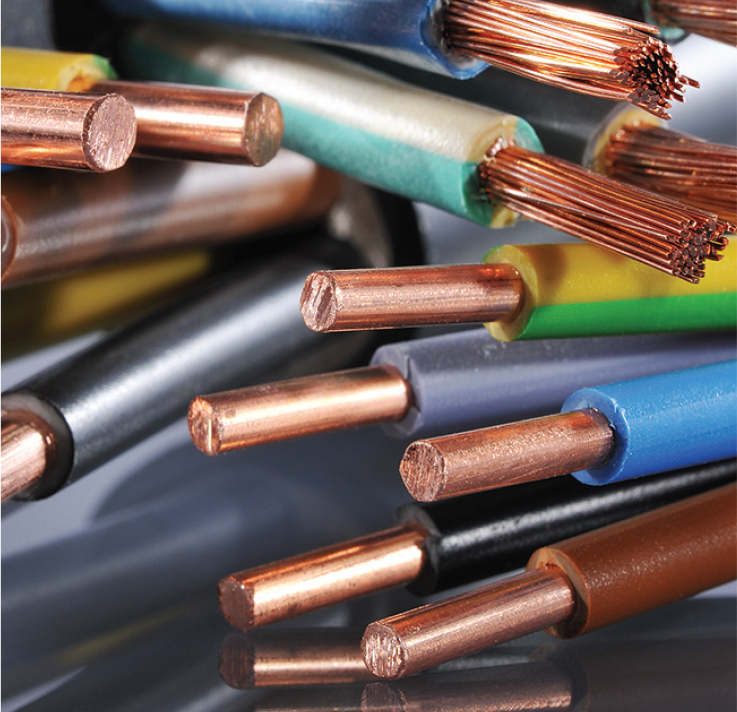 In India, ACSR and AAAC are the most commonly used conductors on overhead lines for transmission and distribution systems, owing to their cost competitiveness. The unit cost of an HTLS conductor is nearly two to three times that of an ACSR and AAAC conductor. Most utilities have very strict investment plans for their power systems, and bearing additional costs can cause great challenges. Moreover, HTLS conductors require careful handling due to their composite cores and the softer annealed aluminium that they use. There are also concerns regarding material behaviour and life expectancy. To address these concerns, there is a need to develop skilled manpower for stringing and supervision.

With the development of systems such as smart grid technologies and the increase in renewable energy capacity, specialised conductors are being designed. The need for HTLS-based transmission lines is being felt, and the use of these conductors has increased the power flow and reduced congestion. Medium voltage smart cables, which integrate optical fibre cables with power cables, are preferred for smart grid applications. Given the renewable energy target of 175 GW by 2022, specialised conductors will be at the forefront in bringing about a transition in India’s transmission segment. Further, utilities are increasingly opting for covered conductors, which use an insulating material as protection against accidental contact with other conductors or with trees and branches, and offer the benefits of lower failure rates, improved safety, and easy installation and operation. Besides, with the rising power demand, there is a need to ensure flexibility in the electricity system. All this points to the fact that the future of the transmission systems lies in advanced conductor technologies.