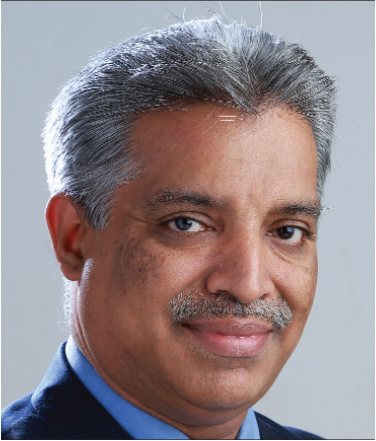 Sanil C. Namboodiripad has over three decades of experience in the power sector. He started his career with NTPC, where he worked for 18 years in the commissioning and O&M of gas-based power plants. Thereafter, he worked for 12 years in the private sector, with Reliance Power, Sterlite Power and Adani Transmission. Currently, he is managing director of ONGC Tripura Power Company (OTPC), a joint venture of ONGC, the Government of Tripura, Infrastructure Leasing and Financial Services Limited, and India Infrastructure Fund-II that owns and operates a 726 MW gas-based power plant in Tripura and meets almost 30 per cent of the electricity needs of the seven north-eastern states.

According to Namboodiripad, India’s fuel mix could see significant changes with the government’s push for renewables. The CEA projects the installed capacity to reach 817 GW by March 2030, of which 64 per cent would be from non-fossil fuel sources, up from 24 per cent at present. He believes that gas-based plants can play a key role in managing the variability of renewable energy generation. “Gas-based plants are a better option for balancing. Their start-up time and ramp rates are far better than those of coal; besides, they are environmentally more suitable,” he says. However, gas availability at appropriate prices is difficult, and storage systems remain expensive. “The push should be to utilise gas-based power plants wherever the power tariff is economical and to use coal-based plants wherever gas-based plants cannot be used,” he notes.

OTPC plans to leverage its expertise in the gas-based power segment for expansion, in line with the changing energy landscape. It is also in discussions with various entities for cross-border tie-ups, besides having plans to enter the solar and wind energy space.

Namboodiripad recalls one of his most memorable assignments as the restarting of the 2,400 MW Dabhol power station after it had been shut down for five years. He was a part of NTPC’s core team, which managed to restart the plant within three months, providing relief to the Maharashtra grid.

Namboodiripad believes that time management is the key to a healthy work-life balance. He spends his spare time listening to music and is a trained mridangam player. Born and raised in Kerala in a conservative family, he did his engineering from the University of Calicut and obtained an MBA with specialisation in finance.