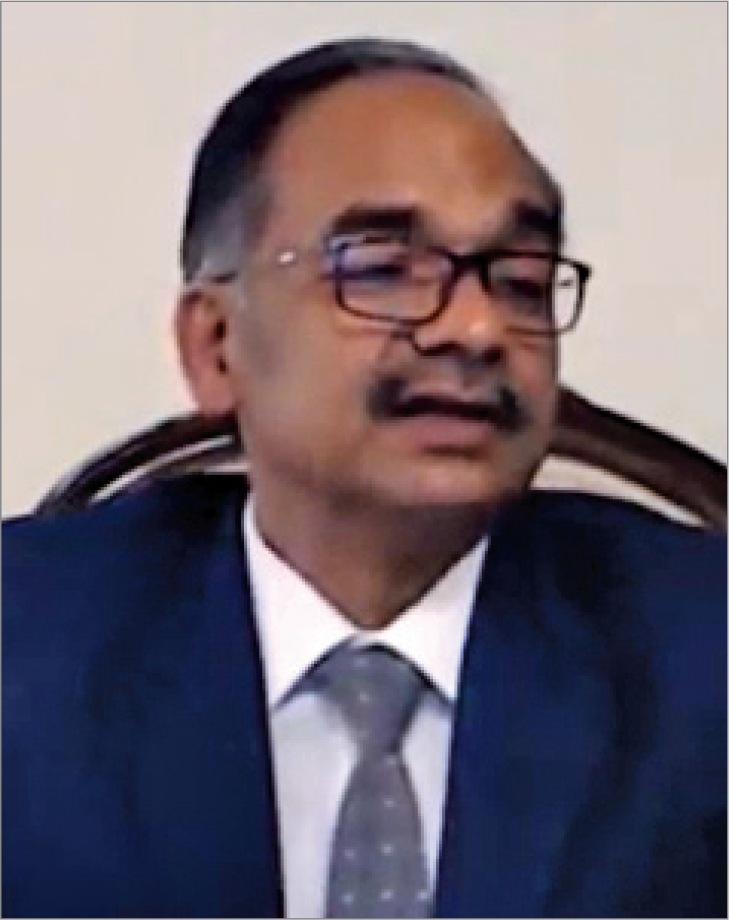 The coming decade is expected to play a crucial role on the path to climate neutrality by 2050, and decisive steps are expected to be taken by global majors, including India, to achieve decarbonisation and significantly accelerate the energy transition. This includes the widespread use of renewable energy technologies for all end-use scenarios, including green hydrogen. Outlining India’s strategies for achieving its renewable targets by 2030, Alok Kumar, secretary, power, Ministry of Power (MoP), spoke at the high-level seventh edition of the Berlin Energy Transition Dialogue 2021, in the opening panel, “The Green Decade – The Road to 2030”, alongside global policymakers. Excerpts from his remarks….

It is a great pleasure for me to speak at this forum, on how we are taking forward our energy transition. Reducing the growth of greenhouse gas emissions has been the foremost challenge for mankind. Our prime minister’s vision for the country is to leave a better world for our next generation. Our key focus is on implementing renewable energy expansion, and we are envisaging a fivefold increase in our overall capacity, from 32 GW in 2014 to 175 GW by 2022, including 100 GW of solar and 60 GW of wind. Further, we are committed to raising the renewable energy capacity to 450 GW by 2030.

Renewable energy expansion brings new challenges of balancing power. In addition to conventional balancing power such as pumped hydro power projects, India is looking at, and working very seriously on, green hydrogen. In the union budget announced this year, a green hydrogen mission has been launched, and we are soon going to announce our very ambitious first project for promoting green hydrogen. Moreover, we are contemplating a system of green hydrogen obligations for certain industries.

Another important area that we are promoting is electric vehicles, so as to achieve the goals of zero emissions, energy security and energy efficiency. The MoP is working very hard to roll out charging infrastructure in order to promote electric mobility.

The focus of the Indian power sector has shifted to sustainable power generation and to making the environment safer. Several initiatives have been taken to improve the efficiency of coal-based power plants. We are also retiring old, inefficient power plants. Around 228 units aggregating 16 GW have already been retired over the past few years. Going further, we are working on ultra-supercritical technology and advanced ultra-supercritical technology for our thermal power generation units.

We have also mandated that all thermal units commissioned since 2017 have to use supercritical technology so as to be the best in terms of emissions. We are also in the process of making our coal-based capacity environment friendly by installing flue gas desulphurisation units and electrostatic precipitators in all our coal-based capacity over the next few years.

India, today, is the third-largest solar market in the world. It is also undertaking several energy efficiency initiatives. I am happy to share with you that as a result of these initiatives we achieved emission savings of close to 200 million tonnes (mt) in 2019-20. As per our estimates, we are soon going to touch yearly emission savings of 300 mt of carbon dioxide. This is an impressive achievement, and we are fully committed to achieving our nationally determined contribution (NDC) targets.

“The focus of the Indian power sector has shifted to sustainable power generation and to making the environment safer.”

India already has a much lower net per capita emission rate than the world average. On top of this, we have achieved a reduction of 24 per cent in the emission intensity of our GDP between 2005 and 2016, thus achieving our pre-2020 voluntary target.

India has also embarked on a road map with substantial objectives for achieving its NDC targets, and is well on its way to meeting its future emission reduction goals. I am very proud to say that India is perhaps the only large economy in the world that is on track to achieving its NDC targets; in fact, I feel that we may overachieve them. Lastly, I would like to emphasise the sustainable use of resources for a holistic and healthy lifestyle that keeps carbon emissions low at an individual level. We have to deal with Mother Earth in a spirit of trusteeship.

“India is well on its way to meeting its future emission reduction goals. It is perhaps the only large economy in the world that is on track to achieving its NDC targets; in fact, we may overachieve them.”

On the biggest challenges before us, one of the most important is making technology cheaper as fast as possible. We are in the process of enhancing the share of renewable energy, but it requires technologies for balancing and storage, such as battery and green hydrogen. However, the cost of these technologies needs to be quickly brought down to make them affordable and feasible, for which we need a lot of international cooperation.

Going forward, the honourable prime minister has given a call for the “One Sun, One World and One Grid” initiative. Hence, we need to integrate our electricity grids and grow them as fast as possible so that we can reap the benefits of time zone differences and diversity to make solar energy more viable. Another area of importance is the market integration of green energy. India has been successful in integrating green energy in its power exchanges. We already have a green term-ahead market, while a green day-ahead market is on the anvil.

The Berlin Energy Transition Dialogue (BETD) has become a leading international forum for key stakeholders of the energy sector. High-level policymakers from industry, science and civil society are given the opportunity to share their experiences. Over 2,000 participants from more than 90 countries, 50 foreign and energy ministers and state secretaries, and over 100 high-level speakers take part in the dialogue. The BETD is hosted and supported by the German Federal Government and is a joint initiative of the German Renewable Energy Federation (BEE), the German Solar Association (BSW-Solar), the German Energy Agency (Dena) and Eclareon. The theme of the seventh BETD, held on March 16-17, 2021, was “Energiewende – Towards Climate Neutrality”. Due to the pandemic, the conference took place as a virtual event, and over 13,000 participants took part in it.