The distribution sector is undergoing a transformation catalysed with the large-scale adoption of smart grids and digital solutions. These developments have the potential to reinvent the relationship between customers and distribution companies (discoms), enhance the operational efficiency and reduce maintenance costs. The discoms will

achieve a transformation through real-time data accumulation and data analytics by leveraging machine learning (ML) and artificial intelligence (AI). These changes will provide widespread techno-commercial benefits to distribution utilities, generation companies and consumers, altering the scope, role and extent of their mutual relationships.

The smart grid is an umbrella term that entails embedding internet of things (IoT) in various components of the distribution grid to provide real-time data, and facilitate rapid data analysis and decision-making across the operational chain.

The distribution utilities are experimenting with smart meters of different varieties to get a better understanding of consumer behaviour. Smart grids will help reduce their aggregate technical and commercial (AT&C) losses by detecting fraud and theft of electricity. The growing adoption of decentralised renewables by consumers, also known as prosumers, will require discoms to integrate the surplus electricity provided by these prosumers within the grid and channelise it to consumers. By extension, it necessitates the discoms to acquire smart grid competencies in order to successfully integrate and channelise the electricity received from these prosumers because the current grid infrastructure is incapable of managing a two-way flow of electricity. These developments are bound to deepen the interaction and cooperation between these two entities, yielding higher dividends for both parties through the realisation of greater efficiencies.

Meanwhile, the introduction of smart grids will help resolve the issues related to the intermittency of renewable energy sources, and management of demand fluctuations. The availability of smart grid solutions will ease and stabilise the grid by optimising the distribution of electricity with minimal fluctuations. For instance, smart digital substations, while being aggregators of data at the local level, also communicate with one another to coordinate responses on a larger scale. The data generated by sensors and devices installed at the digital substation will show the response of equipment to renewable energy flows and congestion at times of peak solar generation, thus assisting the utilities and high-energy industrial sites in optimally managing the performance of their assets. Supported by smart grids, discoms can quickly respond to demand/supply changes, and enhance power reliability, availability and efficiency.

The integration of smart grids will also increase the competency of discoms to identify systemic issues in real time and pre-emptively repair them before the onset of any serious damage, thus effectively reducing unplanned outages and saving time and money on repurchasing new equipment. Smart digital substations can be particularly useful during extreme weather events since they can determine the methods of effectively rerouting electricity during these events, thereby minimising damage and destruction of assets. 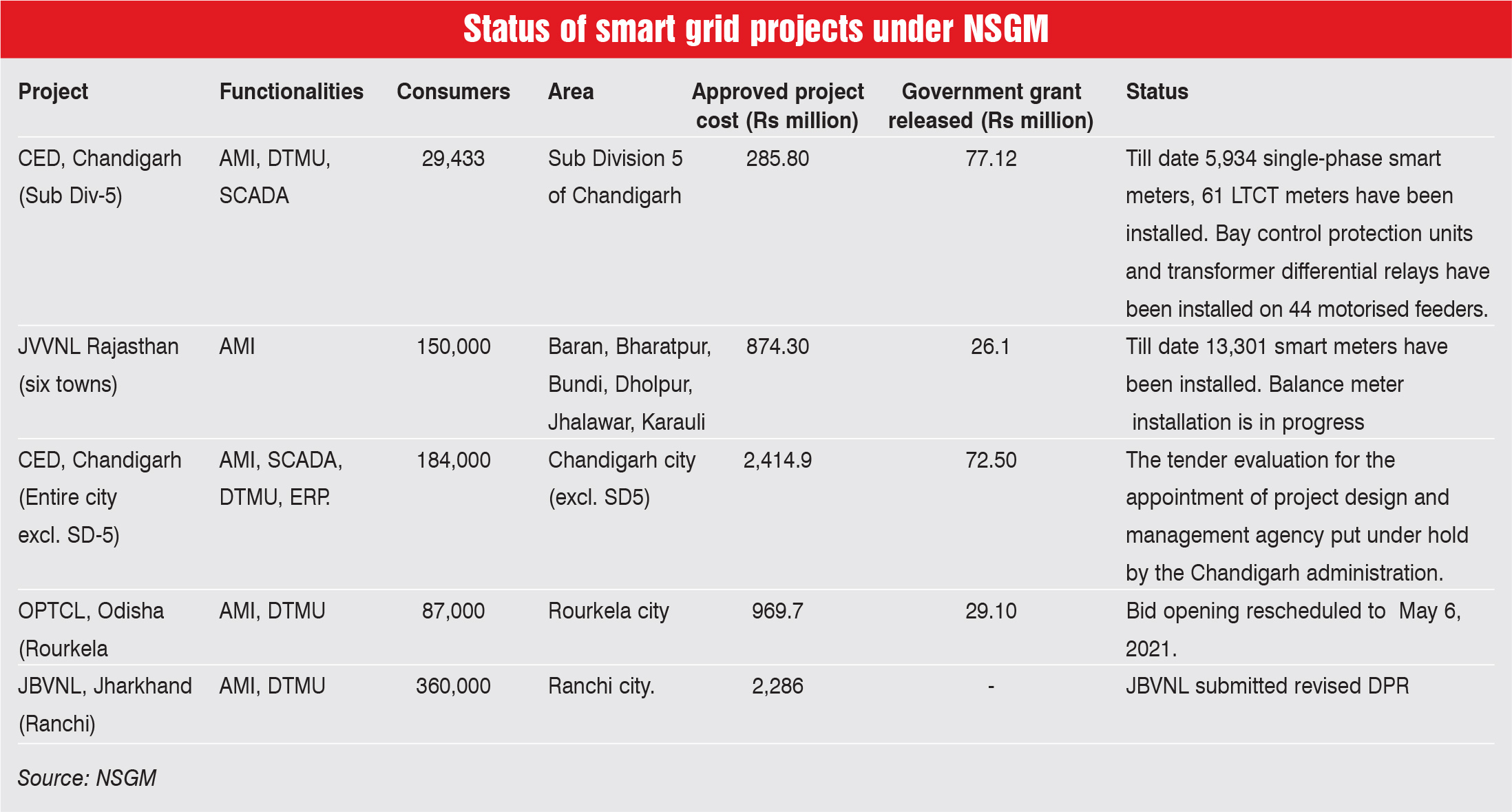 Digitalisation is fundamentally useful for enhancing efficiency of the power systems in concurrence to efficient management of hybrid power and power loads. Additionally, they assist in reducing AT&C losses by preventing theft and fraud. Moreover digitalisation improves the billing efficiency and allows the discoms to collect payments through multi-channel online platforms without any inconvenience to the consumer.

Digitalisation will also upgrade the revenue economics of distribution companies as digital meters will enable them to introduce prepaid electricity or flexible pricing with changes based on peak demand during the day. The roll-out of digital meters will facilitate gross metering for consumers with rooftop solar, wherein the discoms can institute a system of variable tariff in accordance with the “time of use” mechanism. In this, the price is determined by the dynamics of demand and supply at any given point of time.

The adoption of technological systems such as advanced distribution management systems can potentially transform the distribution sector by facilitating remote management of smart power assets. They include functions that automate outage restoration and optimise distribution grid performance.

Recently, EDF has announced the deployment of 100,000 smart meters. This is India’s first large-scale smart prepaid roll-out. Almost half of the meters will be deployed in Bihar, which has successfully piloted the technology and will be the first to deploy it at scale. The $70 million contract with Energy Efficiency Services Limited covers the design of advanced metering infrastructure, installation of smart meters, their integration with the existing billing system of the electricity distribution companies, and operation and maintenance of the system for a period of six-and-a-half years.

Tata Power Delhi Distribution Limited (TPDDL) has launched a unique peer-to-peer (P2P) solar energy trading project in Delhi. The project uses Power Ledger’s blockchain-enabled technology to facilitate P2P trading of electricity, from over 2 MW of solar capacity, between multiple consumers in its licence area of North Delhi. Consumers can choose which seller (prosumer) to buy electricity from, with Power Ledger’s blockchain audit trail of energy transactions providing near-time settlement and transparency about the source of electricity.

TPDDL has also introduced narrowband-IoT (NB-IoT) technology for smart meters in its service area. This is the first installation of its kind in the country. The technology integration involved meter manufacturers and NB-IoT services of the Reliance Jio network. NB-IoT is a new and cost-effective technology across the 4G and 5G spectrum, with fast deployment quality. With the use of this technology, the interference and obstruction arising due to public network congestion will not hamper the performance of smart meters.

BSES Rajdhani Power Limited has undertaken predictive maintenance of assets using satellite/drone-based services through a digital platform, which has also been useful in accurate asset mapping. The traditional method of mapping assets by using the geographic information system or GPS has not been very accurate. Hence, discoms are now using the global navigation satellite system to trace and rectify inaccuracies up to a range of 50 metres. This technology will also be useful in theft detection and prediction of disaster management.

The deployment of smart grids and adoption of digitalisation will augment the efficiency and efficacy of the distribution grid. Real-time data acquisition and analysis will help reduce their losses. The Covid-19 pandemic has further brought into sharp focus the need to rethink strategies and deploy smarter solutions for ease of doing business. Although the pandemic has impacted the current financial position of discoms, it is likely to drive radical technological advancements going forward.

Given the widespread benefits of such a transformation, it is necessary for generation companies, distribution utilities, consumers and the government to jointly develop a coherent and systematic roadmap for the phased execution of the smart grid architecture.