India has moved from a power-deficit scenario to a surplus scenario, achieving an installed capacity of 382 GW against the peak demand of 187 GW during 2020-21. In this scenario, it is important that generators are despatched based on merit order, that is, from lower cost to higher cost, for the efficient utilisation of resources. However, this has been difficult to achieve in the current scenario, where distribution utilities (discoms) are mostly procuring their power through long-term contracts on a self-scheduling basis. Under this mechanism, the discoms are providing the schedule to their contracted capacity on a day-ahead basis without having visibility of any other cheaper generating station available in the system. As a result, there are situations where capacities in efficient and cheaper generating stations have remained unutilised, whereas the costlier ones have been despatched.

The Central Electricity Regulatory Commission (CERC), in its discussion paper dated August 31, 2018, analysed the above issue in detail and suggested a market-based economic despatch (MBED) mechanism for despatch of all generators for achieving efficiency. The Ministry of Power also issued a consultation paper on MBED on June 1, 2021, echoing the CERC’s views. However, as deliberated in these consultation papers, the introduction of MBED would require structural changes in the power market and substantial changes in the existing regulatory framework. An alternative mechanism, the “gross bidding” mechanism, which is already in vogue in NordPool and the Japan Electric Power Exchange (JEPX), can be introduced in the Indian power exchanges for achieving the efficient despatch of generating stations. As we understand, gross bidding will not require much change in the existing regulatory framework and could be effectively used by discoms for optimising their power procurement cost. This mechanism has been elaborated in the sections below. 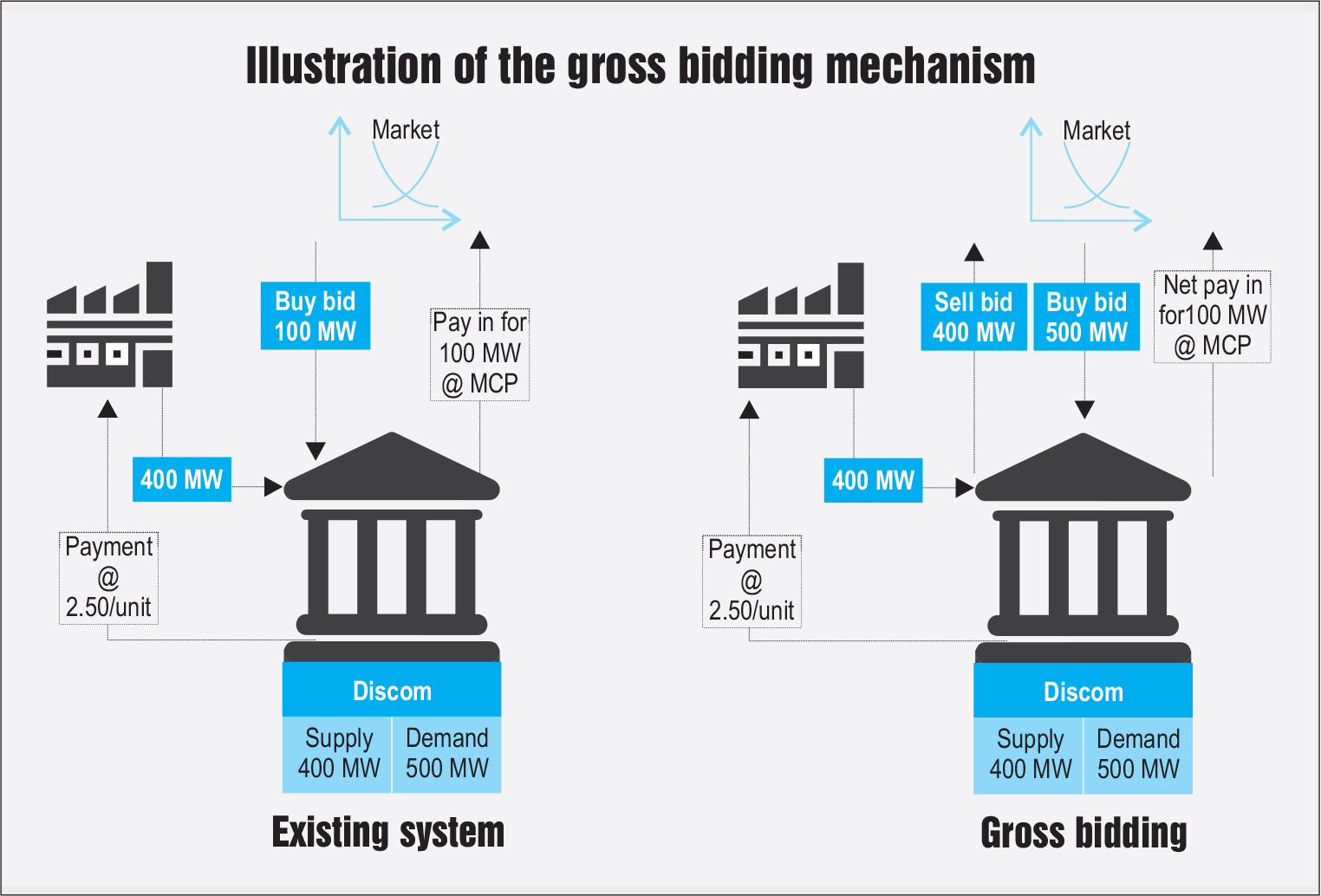 The above limitations, to a large extent, can be addressed through the gross bidding mechanism. Under this mechanism, both the generator and the discom that have a long-term power purchase agreement (PPA) will participate in the market and schedule their transactions through the day-ahead market (DAM). The discom will place both buy and sell bids simultaneously for the contracted capacity in the market under a gross bidding portfolio to be provided by the power exchange. It will place the sell bids at the agreed upon energy charges in the PPA and buy bids as price-inelastic bids in the DAM. Based on the demand and supply situation in the spot market, three different scenarios may emerge as discussed below: 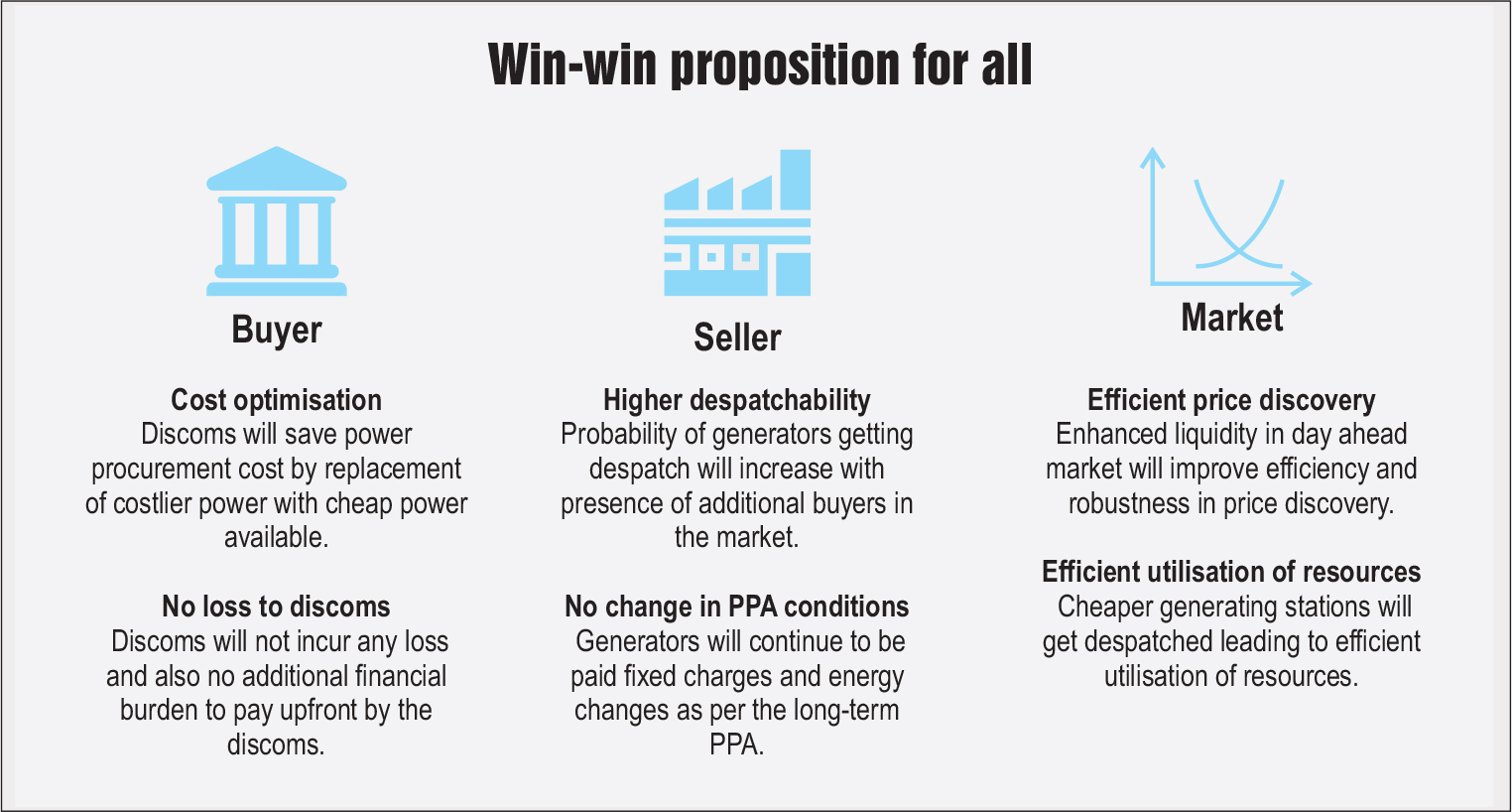 Assume that a discom has a demand of 500 MW, it has entered into a PPA with a generator and contracted a capacity of 400 MW at energy charges of Rs 2.50 per unit. As per the existing practice, the discom will self-schedule 400 MW of capacity under the PPA and buy the remaining quantum of 100 MW from the market. In the proposed gross bidding mechanism, the discom will place sell bids of 400 MW at Rs 2.50 per unit in the market and buy bids of 500 MW, comprising 400 MW of price-inelastic bids and 100 MW of price-sensitive bids. Depending on the demand and supply scenario, the sell bids of 400 MW will get cleared and accordingly the generator will get despatched. The bidding as per the existing system – on a net pool basis – has been compared with the gross bidding in the accompanying figure. The different scenarios that can emerge in the market along with the net impact on discoms’ power procurement cost in these scenarios are presented in the table.

Gross bidding will be beneficial to the discom, the generator and the power market at large. It will be a win-win proposition for all the market participants as briefly discussed below:

There are a few implementation challenges associated with gross bidding. For example, how to participate in the gross bidding portfolio when a generator has PPAs with multiple distribution utilities, how to ensure technical minimum through gross bidding, applicability of additional transmission charges and losses due to participation through the gross bidding mechanism particularly for intra-state generators. However, these issues are all operational in nature and decision regarding them can be taken by the parties involved, taking into consideration their own commercial interests. Going forward, some of these challenges can be addressed by suitably designing the market and bringing the necessary regulatory changes. 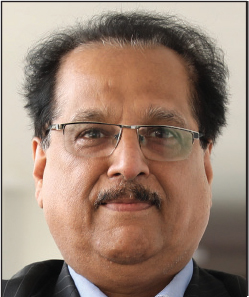