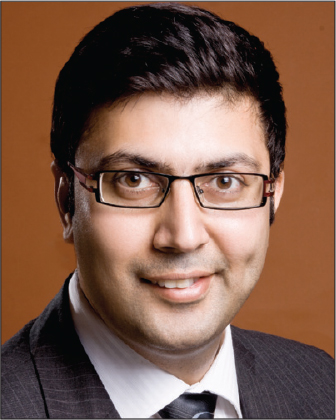 The world needs to limit the average global temperature rise to 1.5 °C. If this is not done, eve­ry inc­rement of warming beyond 1.5 °C will result in increasingly de­s­­t­ruc­tive and costly implications.

India, in its nationally determined contributions, as a part of goals set under the Paris Agreement within the United Nations Framework Con­­vention on Climate Change, has committed to three targets by 2030, which are: 40 per cent of India’s cumulative electric power installed capacity will come from non-fossil fuel-based energy sources; India will reduce the emission intensity of its gross domestic product (GDP) by 33-35 per cent (vis-à-vis 2005 levels); and India will create an additional carbon sink of 2.5 billion-3 billion tonnes of carbon dioxide equivalent (through additional forest and tree cover).

By 2022, India seeks to provide all households in the country with 24×7 power. Also, India being one of the fastest growing and the fifth largest global economy, energy demand has gone up significantly and is expected to increase even more in the coming years, particularly looking at the current per capita energy consumption levels. One of the latest reports by the Council on Energy, Environment and Water and financial think tank Carbon Tracker shows that India accounts for 9 per cent of the emerging market electricity demand and 20 per cent of the expected demand growth. This itself speaks about the speed and scale of energy growth in India.

Achieving the above-mentioned targets and meeting increasing energy demand will require a fundamental transition in how we generate, transport and consume energy.

India’s current power generation capacity is about 400 GW, of which about 61 per cent is primarily driven by fossil fuels. Over 80 per cent of India’s oil demand is met through imports, while about 25 per cent of its coal demand is met through imports. India has been planning to gradually phase out its coal plants, replacing them with cleaner options. It has already achieved about 150 GW of renewable energy (including hydro), of which solar and wind put together contribute about 85 GW. It has been a remarkable journey, which has been possible because of clear policy direction and with renewables becoming very affordable and competitive due to improved technology and massive cost reduction over the past decade.

However, energy transition is not just limited to phasing out fossil-based generation and replacing it with clean generation sources, but also ensuring that we achieve maximum energy independence and energy security. This basically means that we need to transform the entire energy systems – a radical tra­ns­formation from fossil fuels to renewables and other low-carbon technologies. This would require a collaborative app­roach from all stakeholders, that is, governments, investors, companies, consumers, etc. So, the government needs to set up en­abling policies, businesses need to produce the right products with sustainable inputs and consumers need to make the right choices.

First and foremost, for achieving a reliable and sustainable energy transition in India, the pace and scale of renewable en­er­gy implementation and integration will be a key driver. Ac­c­or­ding to Central Electricity Authority projections, ins­tead of 40 per cent, India will have 63 per cent of the installed capacity from non-fossil fuel sources by 2029-30.

Simultaneously, the government should plan and incentivise investment in the massive enabling infrastructure and technologies that are critical for transforming the energy system.

So, as the electricity sector becomes cleaner through low-carbon electrons and low-carbon molecules, electrification would emerge as a crucial tool for reducing emissions. Transition to electric vehicles (EVs) is a key imperative for India, as rapid electrification would make electricity central and critical both from an energy security and a sustainability standpoint, reducing our dependence on fossil fuels. It is also equally important to inc­rease energy efficiency across the entire value chain including energy supply and demand such that even though the size of our economy grows, we should use lesser energy over a period of time; basically consuming less energy, more efficiently. The digitalisation of electricity grids would improve energy effici­ency and this would help in meeting the increasing demand.

It is also important to make investment on research and development (R&D) for new technologies in the coming years to propel the transition over the years. Also, some sectors would continue to use fossil fuels, or it may be difficult to reduce emissions, so we would need technologies such as carbon capture and storage.

The government has taken various initiatives and formulated policies to enable this energy transition. Some key highlights are given below:

The entire energy transition will require a massive investment, in trillions of dollars, over the next few decades. So, the financial sector needs to look at this energy transition as a big opportunity, rather than as a risk to the existing investments in fossil fuel-backed energy systems.

Since the energy ecosystem is so complex and the transition will be a gradual physical transition, it becomes imperative for the financial sector to track the carbon footprint of their future investments closely so that the drive towards a low-carbon future is accelerated but, at the same time, without jeopardising the transition phase.

We have seen some sort of energy crisis over the last month or so in Europe and China, and currently in India, on account of lower coal reserves as we are at present majorly dependent on coal. We need to be careful that this should not deter us from our path; rather it should be seen at as an opportunity to turboc­ha­rge funding for renewables and energy efficiency programmes. 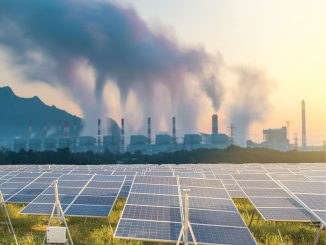