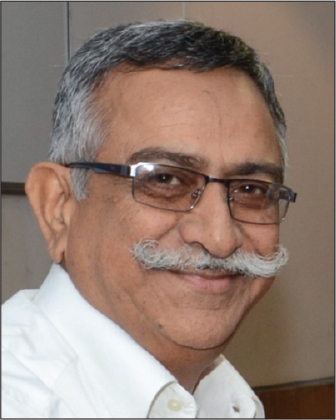 India is the world’s third largest producer and consumer of electri­city. The national electric grid has an installed capacity of 388.134 GW as of August 31, 2021. Renewable power plants, which also include large hydroelectric plants, constitute 37 per cent of India’s total installed capa­city. The per capita consumption in India is rising continuously. The gross electricity consumption stood at 1,208 kWh per capita in 2020. In the financial year 2015, electric energy consump­tion in the Indian agriculture sector was the highest (17.89 per cent) worldwide. The per capita electricity consumption in India is low as compared to most other countries, despite having a low electricity tariff.

The electricity sector is dominated by fossil fuels, particularly coal, which produced about three-quarters of the country’s electricity during 2018-19. The government is making efforts to increase investment in renewable energy. The government’s National Electricity Plan of 2018 states that the country does not need more non-renewable power plants in the utility sector until 2027. It is expected that the contribution of non-fossil fuel generation to the total gross electricity generation is likely to be around 44.7 per cent by 2029-30.

The government has approved various measures to promote the hydropower sector in India. It targets to achieve a cumulative hydropower installed capacity of 75 GW by the year 2030. This also underlines India’s unwavering commitment towards mitigating climate change. In 2019, the Ministry of Power classified conventional hydropower and pumped hydro projects greater than 25 MW as renewable energy sources, making them eligible for more affordable renewables-only financial support. The introduction of a specific purchase obligation for hydropower will stimulate demand in discoms. Financial support such as grants for enabling infrastructure and flood control, and policies enabling cross-border trade among Indian states also support hydropower development.

Buoyed by the increasing policy support from the government, it is expected that India will add 26,000 MW of hydropower projects by 2030. As of August 31, 2021, the installed capacity of 207 hy­dropower plants running in the country is 46,412 MW. Be­si­des, more than 9,000 MW of large hydro projects are under construction. The present installed capacity includes 4,785 MW of pu­­mped storage hydro projects. Another 1,500 MW of pump­ed sto­­rage hydro projects are under construction. It is ex­pec­ted that the pumped hydro storage fleet will almost triple by 2030. The government has recently awarded 1,200 MW of re­newables and storage in a tender, which included 900 MW of pumped sto­r­age at a weighted average price of Rs 4.04 per unit and a peak ta­­­riff of Rs 6.12 per unit, and 300 MW of battery storage at an ave­r­age price of Rs 4.3 per unit and peak tariff of Rs 6.85 per unit.

For the better part of the last century, hydropower provided an impetus to industrialisation. However, from the 1980s onwards, the share of hydropower in the overall energy matrix of the country has fallen rather sharply. In 1980, hydro accounted for around 40 per cent of installed capacity, which is now around 12 per cent only. In 2003, the central government launched a scheme for the preparation of preliminary feasibility reports for 162 new hydro projects with a capacity of 47,930 MW. Of this, only 2,377 MW is currently under construction and 96 MW is operational. Projects totalling 23,158 MW (concurrence expired – 6,466 MW, dropped or likely to be dropped for clearance – 5,881 MW, MoUs cancelled – 1,746 MW) had to be shelved due to environmental issues, local agitations, etc.

The good news is that after a long period of a go-slow attitude on hydropower development, the government has now acknowledged that without hydro, grid stability will not be achieved, and peaking power support can only be given by hydropower. India has awakened from a deep slumber and many hydro projects have been cleared for execution under central PSUs as well as the state sector. Large projects such as Pakal Dul, Ratle, Debangand Luhri Stage I and Sunni Dam have been taken up for construction. The large projects cleared by the CEA such as Sawalkot, Kiru, Kwar, Turga PSP and Kirthai II are also being taken up for execution. Many projects that were not taken up or were stopped by the private sector have been cleared for execution and taken over by central PSUs. Many held-up hydro projects of the private sector like Etalin (3,097 MW) and Attunli (680 MW) in Arunachal Pradesh are also being considered for transfer to central PSUs so that the large capacity lying unutilised in Arunachal Pradesh can be harnessed.

Time for Action: Managing demand-supply curves in a renewables-dominated scenario

The power sector has been one of the major contributors to the country’s total stressed assets. Muted power demand from distribution companies and the resulting lack of new power purchase agreements (PPAs) have added […]

Storage Solution: PSH could be a catalyst for green power development

The world has been experiencing extreme weather conditions, leading to disasters in a higher frequency and also severity. […]