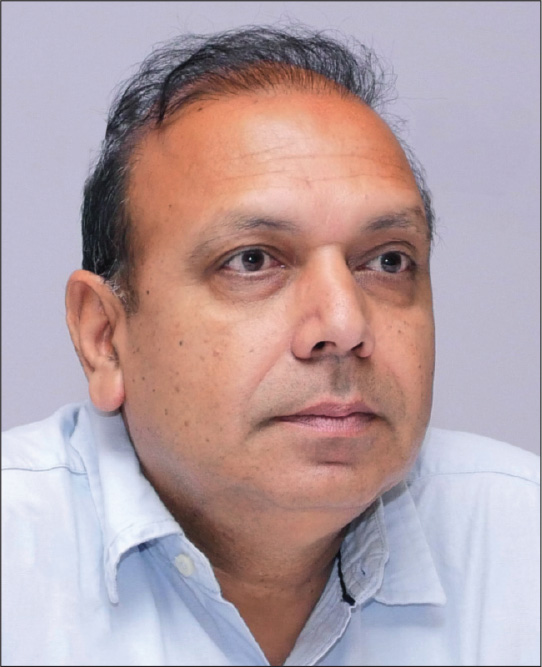 A leader in the renewable energy segment, Anand Kumar, former secretary, Ministry of New and Renewable Energy, and senior adviser in the clean energy space, has been responsible for devising several key policy measures that have supported the industry’s progress. In an interview with Power Line, he spoke about the state of the sector, the ma­jor bottlenecks, the measures needed to overcome them, and the emerging opportunities in the clean energy space. Excerpts…

What is the current state of the power sector, particularly renewable energy?

India’s power demand is projected to reach 817 GW by 2029-30, with renewables targeted to contribute 450 GW of this capacity. While this impressive target is being chased, we should now also focus on ramping up our manufacturing capacity. With various issues likely to come up in China and the expected growth in India’s economy, this is an apt time to focus on the domestic manufacturing of solar equipment. The in­crease in solar manufacturing capacity will also impact the renewables demand, which can be expected to go up to 1,500 GW by 2050. However, there needs to be a clear focus on the timely completion of renewable energy projects. To this end, power evacuation and transmission projects should be completed before the commissioning of solar and wind power projects so as to ensure effective grid integration. Historically, there has been a significant mismatch between the completion of renewable energy and transmission projects, and thus, this area needs a renewed focus. In the near fu­ture, renewable energy demand is also expected to go up owing to the deployment of green hydrogen projects. Thus, we now need to plan not just for 2030, but also 2050. Be­sides, with hydrogen expected to come up in a big way, it should also be utilised in long-haul trucks and maybe even trains, as well as in the ammonia and steel industries.

What have been the key hits and misses in this space in the past 25 years?

I think a big miss is the absence of a well-established domestic supply chain for manu­fa­­­cturing solar cells and modules along with extensive plans for making polysilicon and ingots in India. Today, we are highly dependent on China, and we do not have en­e­rgy security to the extent we should have. So, we have failed to consolidate on ma­nu­­facturing in the solar space. Meanwhile, manufacturing in the wind segment has been fine. Going forward, there should also be an emphasis on domestic manufacturing of electrolysers owing to the extensive green hydrogen deployment expected in the co­untry. Locally made electrolysers will help in driving down the cost of hydrogen projects. Further, the government should incentivise export of renewable equipment.

The second thing that has been missing is the planning of renewable power projects along with the transmission assets in a very rational manner. There is a lack of synchronisation between the completion of projects in the generation and transmission space. Further, many of the states have not been honouring their contracts. Thus, many developers and investors do not have a lot of confidence in various states today and instead prefer central government contracts. State projects often come with challenges of delays in the allotment of land, contract renegotiations, can­cellation of tenders, and delayed payments and clearances. Thus, it is im­portant to have a single-window clearance for renewable power projects. The­se uncertainties and risks for developers negatively impact foreign funding and also hamper the prospects for achieving competitive tariffs in bids. Finally, India has failed to become a hub for technology advancements and significant investments have been lacking in advanced research. We should not on­ly focus on scaling up our domestic ma­nu­facturing capacity, but also make eff­orts in pioneering technology.

“We should now focus on supplying green hydrogen at the lowest possible price.”

Apart from duties and safeguards, what needs to be done to incentivise manufacturers to set up facilities in India? What are your views on the PLI scheme for solar PV?

The key here is going to be scale. The lar­ger the scale, the cheaper it is going to be. In the meanwhile, the cake is going to be so big for solar power and for overall renewable energy that everybody is going to survive. Solar cells have different efficiencies and those who cannot afford the most efficient ones are settl­ing for lower efficiency products. Solar cells have a variety of applications and the cost often depends on the inten­ded use. Thus, there should be no difficulty for smaller manufacturers in this space. Moreover, with a large number of module manufacturing units ex­pected to come up, there is going to be a significant demand for solar cells. An­other factor to consider here is that not everyone has the required capacity and mea­ns to set up a capital-intensive in­dustry like solar cell manufacturing.

Regarding taxes and duties, there must be a clear trajectory for the benefit of everybody – be it a manufacturer or a de­veloper. All stakeholders must be aw­are of the timelines and applicable rates of duties so that they can prepare accordingly. In the case of developers, this would give them an idea of the ex­pected cost of imports and its impact on their orders. For manufacturers, they would know the extent to which imports would be hampered, and thus, the likely demand for domestic products. There needs to be a fine balance between de­velopment and manufacturing.

We do need energy security and we cannot continue being dependent on an­other country to meet our own requirements for solar cells and modules, batteries and even electrolysers. Thus, do­me­stic manufacturing is a key priority. How­ever, sufficient time needs to be given for setting up this manufacturing capacity. In the meantime, we should have import duties coming up in a graded manner so as to not hamper the ex­pansion of manufacturing capacity as well as renewable energy project capacity.

What is your perspective on the cost of green hydrogen in India? What policy measures are required to reduce costs?

We should now focus on supplying gr­een hydrogen at the lowest possible price. The key factor to consider here is re­du­c­ing the cost of energy. Green hy­drogen production requires renewable energy, and thus, solar or wind or any other form of clean energy should be hi­ghly cost eff­ective. Thus, the cost of re­ne­wable energy sh­ou­ld be brought down through econo­­mies of scale, technology advancements, affordable land prices and removal of uncertainties in project development. For mega renewable energy parks, for in­s­tance, land must be given to the industry at a reasonable price to ensure competitive tariffs. Further, we should be able to identify suitable lands for such mega projects and these should be allotted to various developers at a uniform rate depending on the location of the place.

What is your outlook for renewables for the next 25 years? What is the way forward for India to achieve 450 GW of renewable energy by 2030?

If we plan in advance, keep on doing the required mid-course corrections, and have clear timelines for bidding, project maturation and synchronisation with transmission systems, we can surely achieve the set target of 450 GW of re­newables by 2030. We might end up re­vising the targets, but not missing them. And when we do revise these targets, wh­e­­ther upward or downward, they need to be reasoned out in a systematic manner. Further, there should be a clear trajectory for setting up of renewable energy and all obstacles should be re­moved in a time-bound manner. A monitoring cell can be set up within the ministry to ensure that measures are being taken to address such challenges.

India has taken the lead in developing the One Sun One World One Grid project. While it is a step in the right direction, it must be remembered that no separate grid is being set up for solar power, and the same grid will be used for conventional and green power. Thus, optimal utilisation of the national and international grid should be a key priority, which can ultimately help in firming up renewable power. Pumped hydro­power projects are the need of the hour. We have a lot of places where we can set up these facilities and they can act as good storage assets for firming up renewable power generation. They can be used to meet the peaking power requirements and also to provide round-the-clock power. In fact, renewable energy has to ultima­tely be­come round-the-clock through pump­ed hy­dro, or batteries, or other resources, ot­h­er­wise it has no meaning.

Going forward, we should also focus on offshore wind power deployment. There is ample potential off the coast of Gujarat and Tamil Nadu for the deployment of offshore wind. With the increasing energy demand, each gigawatt of power will be important. The cost of offshore wind is expected to decrease with technology advancements, and thus we must utilise this potential in a planned and systematic manner. The future be­longs to renewable energy with a pie big en­ough for all types of stakeholders – manufacturers to set up local production units, EPC players to install projects, developers to set up projects not only in India but abroad as well, and even potentially become an export hub in the renewable energy space. India can become a global leader in the renewable energy space. It is the duty of every na­tion and every individual to work towar­ds reducing its carbon emissions and global warming. With many impressive developments and more policy measures on the horizon, India will emerge as a leader in the clean energy space.

The Indian solar market has come a long way since 2009-10 when it began with the installation of modest capacity of around 10 MW. The segment has grown rapidly over the years to reach the […]

Need to Scale Up: Off-grid segment yet to reach the desired growth level

Off-grid renewable energy systems are increasingly being viewed as a means to provide sustainable and cheap electricity to the vast sections of the country that are yet to be connected to the main grid, especially […]