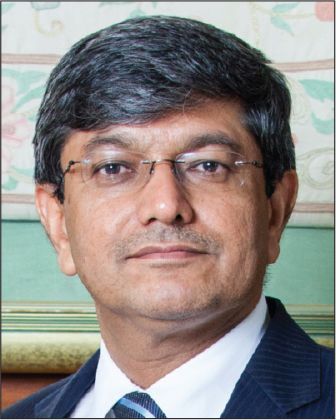 Hydrogen has seen several previous waves of interest in history, mostly driven by high oil prices and a focus on a single end-use sector – transport. Aside from its promising potential in the energy sector, what is new today is the breadth of possibilities for hydrogen use, its critical role in hard-to-abate sectors, and the extent of political enthusiasm for those possibilities around the world.

Hydrogen not only holds the promise of storage and transport of variable renewable energy over long distances, but also of decarbonising hard-to-abate sectors. It is, therefore, critical for achieving global climate goals. As per the report, “IEA Net Zero by 2050: A Roadmap for the Global Energy Sector, 2021”, global hydrogen use stands at less than 90 Mt1 (87 Mt)  2020, of which low-carbon production accounts for only 9 Mt. At present, the majority of low-carbon hydrogen production is fossil-based with carbon capture, utilisation and storage (CCUS). Only 0.5 per cent of the global hydrogen production is through electrolysis.

‘Hydrogen is getting real’ both at national and Global level

The National Hydrogen Mission aims to lay down the Gov­ernment of India’s vision, intent and direction for hydrogen energy and suggests strategies and approaches for realising the vision2. The aim is to develop India into a global hub for manufacturing of hydrogen and fuel cell technologies across the value chain.

Green hydrogen is envisaged to contribute to India’s climate actions in a significant way. The country aspires to be a global hub for green hydrogen production and export. This is expec­ted to help propel further progress in the field of energy self-re­li­­ance. The Honourable Minister for Power and New & Rene­w­able Energy, at the first leader-level meeting on energy under the UN General Assembly in 40 years, has shared the government’s intent to scale up annual green hydrogen production in India to 1 MT3 by 2030.

The government aims to create a green hydrogen economy that operates at scale, just like it did for renewables. It is also working to develop mandates for green hydrogen blending.

At the global level, as of mid-20214, 12 countries and the Euro­pean Union have published their national hydrogen strategies, with nine published within the last year alone. A further 19 co­untries are currently drafting their strategies, with many aiming to publish in 2021, demonstrating a clear acceleration of government interest.

Why the present momentum in hydrogen can make a big difference

The race to decarbonisation, the low cost of electricity from renewable sources, encouraging technology readiness levels for electrolysers and fuel cell electric vehicles (which are ready for scale-up), the increasing number of projects on the ground, and larger project sizes are driving the present momentum in hydrogen to a tipping point.

A combination of cost reductions in electricity and electrolysers, along with increased efficiency and operating lifetimes and full load hours can deliver 80 per cent reduction in hydrogen cost, according to IRENA5. If rapid scale-up takes place in the next decade, green hydrogen is expected to start becoming competitive with blue hydrogen by 2030 in a wide range of co­untries, such as those with electricity priced at $30 per MWh. India has already discovered a solar tariff of $26.5 per MWh (Rs 1.99 per kWh) and is expected to be a low-cost hydrogen market going forward.

It takes time for new energy technologies to penetrate existing markets. Supply and demand need to expand to a point of shared confidence between governments, investors, equipment suppliers and others for the sustainability of hydrogen markets. Mass manufacturing of electrolysers, fuel cells and refuelling station components will spur cost reductions, especially if international standards are adhered to. Achieving scale will also re­du­ce the cost risks associated with major investments in technologies for making hydrogen-based fuels and feedstock, and in common infrastructure, including pipeline conversions, new pipelines, CCUS infrastructure and shipping terminals.6 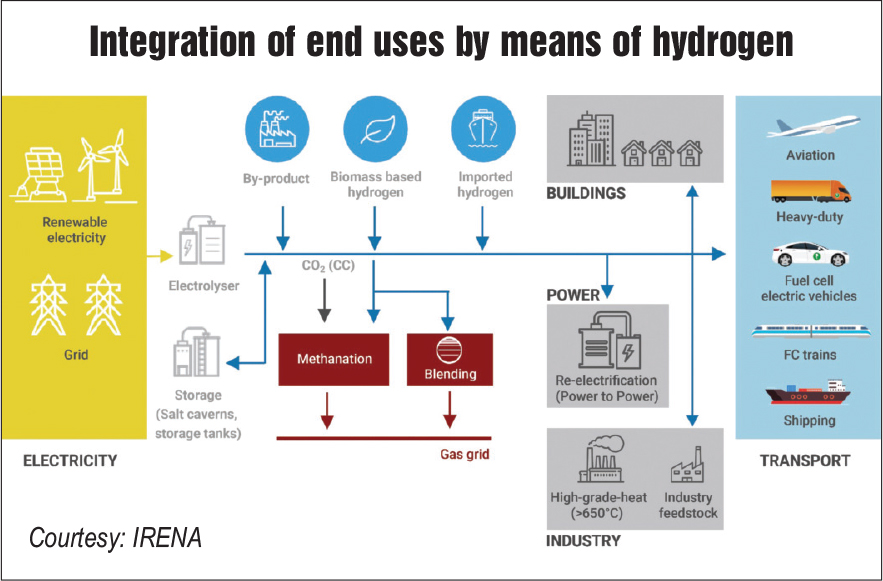 Future of Hydrogen in India: Green hydrogen for energy self-reliance and sustainability

Leveraging the global momentum, green hydrogen is expected to help India make a quantum leap on the climate front and in energy self-reliance. The present hydrogen demand in India is over 6 million tonnes/annum7. Most hydrogen is produced using natural gas for use in the refinery and fertiliser industries. The strategy would be to green the present hydrogen usage as well as expand the use of hydrogen in new areas such as transportation, power, synthetic fuels and blending in gas grids.

India has already achieved the key milestone of 100 GW of renewable energy in its target of 450 GW by 2030. With the large renewable energy resource endowments, coupled with the massive renewable energy deployment under way and the low renewable energy tariffs (2.6 cents per kWh or Rs 1.99 per kWh for solar), green hydrogen holds great potential for the country. The Honourable Minister for Power and New & Renewable Energy has reiterated the government’s commitment to creating a green hydrogen economy that operates at scale, similar to renewables, in the recently concluded UN High Level Dialogue on Energy 20218.

If rapid scale-up takes place in the next decade, green hydrogen is expected to start becoming competitive with blue hydrogen by 2030 in a wide range of countries.

The Government of India is developing a production-linked incentive scheme to support the indigenisation of electrolysers, and the initiative will target the establishment of 10 GW9 of domestic manufacturing capacity for green hydrogen. The government aims to create a green hydrogen economy that operates at scale, just like it did for renewables. It is also working to develop mandates for green hydrogen blending in refi­neries, fertiliser plants and city gas networks, which would create the necessary demand and lead to economies of scale for critical technologies such as electrolysis. A 10 per cent blending to begin with in select sectors, to be increased in a phased manner, is under consideration.10 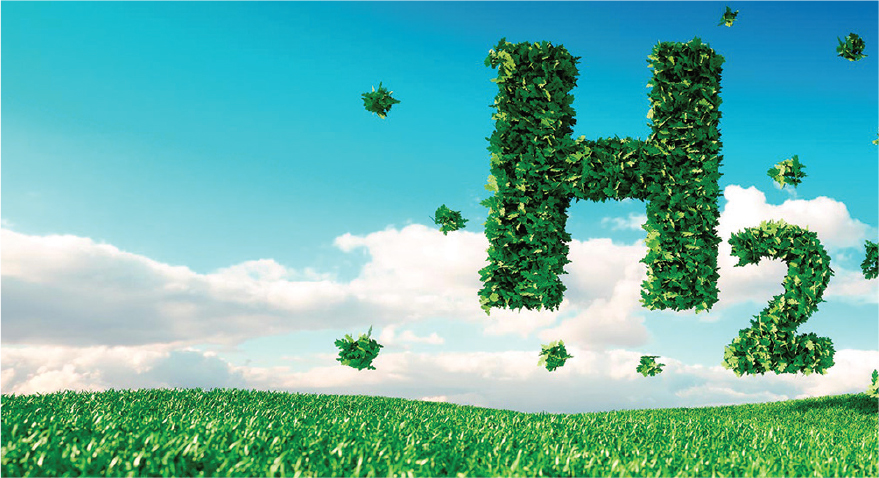 NTPC has been playing a major role in the energy transition of the country. It is taking various steps to make its energy portfolio greener by adding significant capacities generated from renewable energy sources. By 2032, the company plans to have 60 GW of capacity through renewable energy sources, constituting nearly 45 per cent of its overall power generation capacity.

NTPC is undertaking many initiatives in the hydrogen segment, including production of methanol, deployment of hydrogen refuelling stations, hydrogen blending, microgrids and backup power with hydrogen storage, and green ammonia.

NTPC will also help the pristine Ladakh develop a carbon-free economy based on renewable sources. Hydrogen is integral to this effort. A pilot project with five fuel cell buses is planned to be executed in and around Leh. The project would be the harbinger of further decarbonisation of the mobility sector  in Ladakh, and subsequently the whole country.

NTPC also launched a global expression of interest recently for setting up a pilot 50 kW microgrid project at NTPC Sim­hadri, and 500 kW hydrogen fuel cell-based power backup system to replace the diesel generator backup for its engineering office complex at Noida. The microgrid project experience will help in MW-scale system design, implementation and operation at Ladakh. 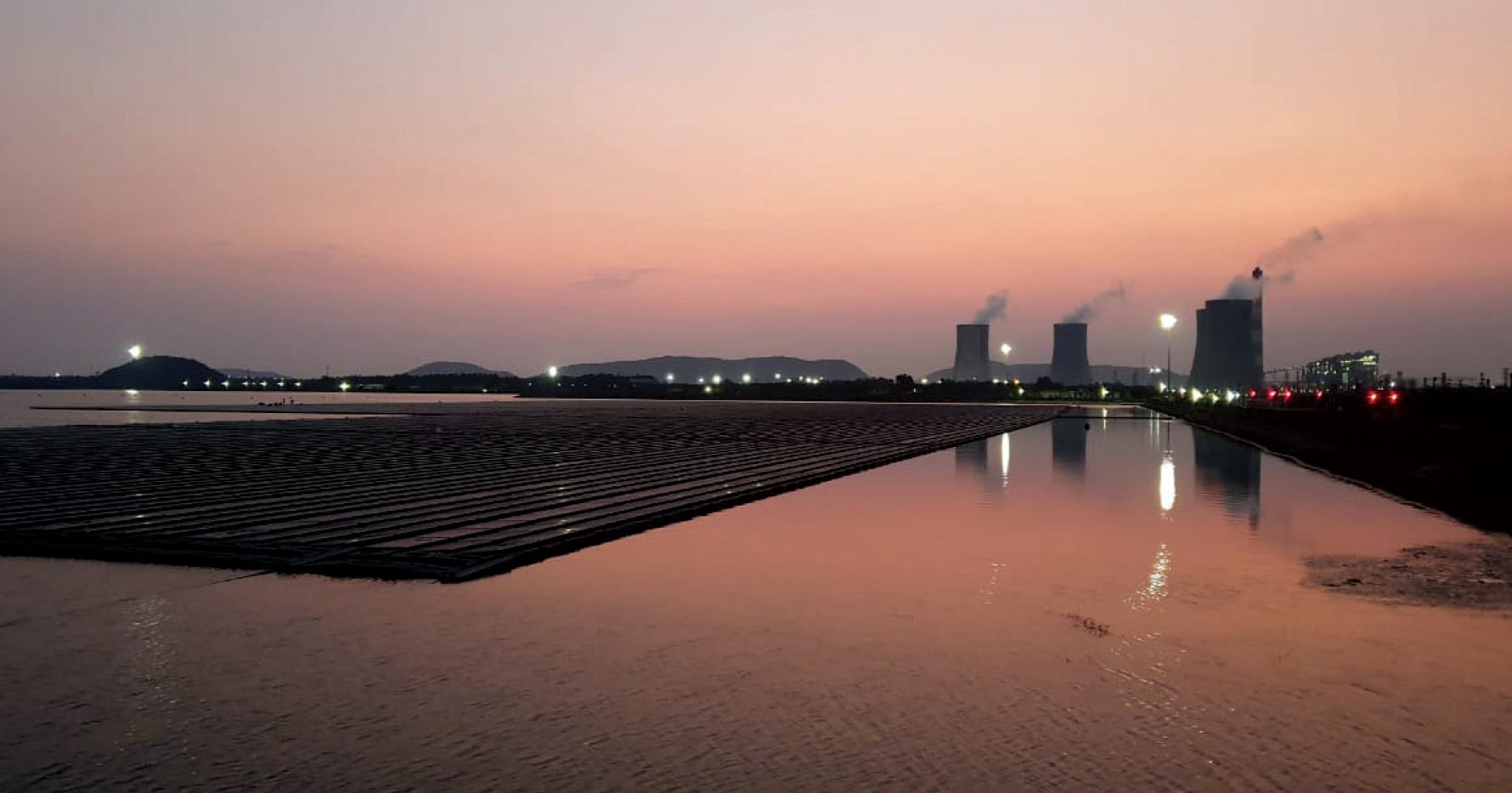 NTPC also plans to take up a green methanol project at Rama­gundam, sourcing green power from its own floating solar plant. The plant would produce 10 tonnes per day (tpd)of me­thanol by capturing 14 tpd of CO2 from the thermal power plant stack. NTPC is committed to championing the circular economy through the production of renewable methanol.

NTPC is also taking up India’s first green hydrogen blending in a piped natural gas network in one of its industrial townships, serving around 200 homes.

NTPC’s research and development wing, NETRA, is undertaking extensive studies and experimentations in emerging areas such as carbon capture. A new CO2-to-methanol demonstration plant is being constructed at NTPC Vindhyachal, which will capture 20 tonnes of CO2 daily. In this globally unique CO2-to-methanol conversion plant, CO2 will be drawn from the waste flue gas of a coal-fired power plant and converted to methanol, which, in turn, will be utilised to replace light diesel oil for firing in NTPC’s boilers.

NTPC is setting up a first-of-its-kind green hydrogen electri­city microgrid at NETRA. It is also working extensively on high temperature steam electrolyser technology, which has the potential to reduce the electricity requirement for water electrolysis by 25-30 per cent. Further, NETRA is developing a seawater electrolyser, which can directly handle seawater and terrestrial hardwater to produce hydrogen.

It is also keenly exploring the production of green ammonia to decarbonise the fertiliser industry and possibly fulfil the government’s upcoming mandate of using a certain percentage of green hydrogen in the fertiliser and refinery sector.

Interview with Anil Sardana  : “The sector has taken formidable shape”

Flexible Operations: CEA comes out with recommendations for TPPs

India aims to achieve 175 GW of installed renewable energy capacity by 2022. While this is expected to lower carbon emissions and help meet the growing energy demand, the integration of renewables into the grid […]

Interview with N. Venu: “The Indian power sector is at a hyper-growth point”

N. Venu, MD and CEO, India and South Asia, Hitachi Energy, spoke to Power Line on the most promising technologies for the Indian power sector in the coming years, as well as the measures required […]