A flue-gas desulphurisation (FGD) system is installed in the boiler of a thermal power plant (TPP) to abso­rb the sulphur content from the emissions, thereby reducing sulphur dioxide (SOx) emissions. The cost economics of FGD installation in TPPs depends on various factors, including plant size and the chosen technology. Typically, the cost of an FGD system varies from Rs 1.9 million-Rs 9 million per MW as per the tenders issued by NTPC to various suppliers.

Studies done by ICRA Limited demonstrate that the installation of FGDs in TPPs will entail an investment of about Rs 5 million-Rs 6 million per MW. More­over, there would be additional energy ch­ar­ges towards the reagent consumption. Generating stations will also have to be shut down for two to three months for the installation of an FGD system. Wet FGD systems are the most efficient in re­ducing SOx emissions compared to other FGD systems. However, the capital and O&M costs for wet systems are relatively higher than other systems. As per a study conducted by an independent agency, the O&M cost for FGD units is estimated at Rs 500,000-Rs 600,000 per MW per annum. A wet FGD system would have to incur costs for reagent (limestone), water consumption and disposal of the by-pro­duct (gypsum). Besides, installation of an FGD system would increase the au­xiliary consumption of a power plant, with estimates ranging from 1-2 per cent as given by various independent power producers and agencies. Overall, the additional capital expenditure required for FGD along with the higher O&M cost and higher auxiliary consumption is expected to inc­rease the levelised cost of generation by 15-16 paise per unit.

The cost of an FGD system varies from as low as Rs 1.9 million per MW (NTPC – Super Thermal Power Project Telangana) to as high as Rs 9 million per MW (NTPC – Steel Authority of India Limited) as per the tenders issued by NTPC to various suppliers such as Bharat Heavy Electric­als Limited, General Electric Power and Larsen and Toubro. The variation can be attributed to the size of the unit, the number of units in the project, the vintage of the project and its location. The cost for units larger than 500 MW have largely been in the range of Rs 4.2 million–Rs 5.3 million per MW.

The key challenge in implementation lies with financing, especially given the large stressed thermal assets. The dearth of su­ppliers with adequate capacity is another issue. Many of the older coal-based units are also likely to face challenges due to non-availability of space for installing the FGD systems. The efficiency of FGD systems is likely to be affected at lower loads. Moreover, in­crease in auxiliary consumption because of FGD could impact the overall plant availability. The Central El­ec­tricity Regulatory Commis­sion releas­ed a staff paper in September 2020 whe­rein it proposed a mechanism to recover the cost incurred to comply with the revi­sed emission norms under the change in law. The tariff compensation assumes the time required for recovery of the costs to be over 25 years. Con­sequently, the re­turns for the developers with plants having a remaining useful life of less than 25 years could be adversely impacted. More­over, the lack of adequate power purchase agreements (PPAs) remains a concern. An operational thermal capacity of close to 20 GW in the country does not have long-term PPAs.

The Ministry of Power and the Central Ele­ctricity Authority are holding regular meetings with financial institutions to ease and enable debt-based funding for TPPs so that they can allocate it towards the installation of FGD systems. Mean­while, power plant developers are also exploring the possibilities of partial and combined FGD. n

Based on a presentation by Sabyasachi Majumdar, Senior Vice-President, ICRA Limited at a recent Power Line conference

September 2017
Financing activity in the power sector remained subdued in the past year. Although the sector has showed [...]
More 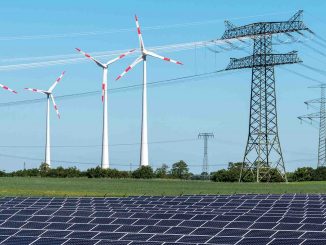 April 2019
Renewable energy microgrids are not new to India and have been deployed as part of the central [...]
More 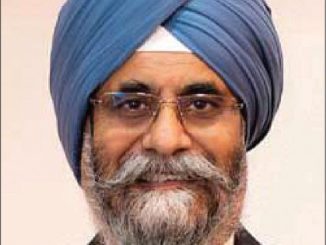 September 2021
The Power Finance Corporation (PFC), the largest lender to the power sector, with a market share of [...]
More