Promoting renewable energy development, maintaining a stable and balanced power grid and ensuring a just transition of the country’s mammoth thermal power capacity to the new normal are high on the agenda of the government and policymakers. In line with these objectives, in November 2021, the Ministry of Power (MoP) and the Ministry of New and Renewable En­ergy revised the guidelines for flexibility in generation and scheduling of thermal/hydropower stations throu­gh bun­d­­ling with renewable energy and storage. The guidelines allow thermal generation companies to set up renewable en­er­gy capacity either on their own or th­rou­gh developers via open bids and supply the energy to consumers under ex­is­ting power purchase agreements (PPAs). Since renewable energy is now less ex­pensive than thermal energy, the benefits of bundling renewable and th­ermal energy will be split 50:50 bet­ween the generator and the discom/ other procurers. Besides, discoms will be able to utilise the renewable energy supplied under the existing PPAs to meet their re­newable purchase obligations (RPOs).

“This is a very significant step towards achieving the goal of 500 GW of non-fossil fuel capacity by 2030. Distribution companies will be able to count the re­ne­wable energy supplied under the sc­he­me towards their RPOs and this will be without the financial burden of a separate PPA. This step by the Central Govern­ment will lead to a faster energy transition and will be beneficial for both the generators and the distribution companies,” read the po­wer ministry statement.

To recall, back in 2018, the MoP had in­troduced a detailed mechanism allowing flexibility in generation and scheduling of thermal power plants. The objective of the mechanism was to promote the bundling of cheaper renewable energy with costlier thermal power and to ensure greater compliance with RPOs by distribution licensees. The recent changes in the energy mix and the growing power procurement by distribution licensees have brought several new issues to the fore, which call for modifying the policy. The detailed mechanism that was issued earlier in this regard has now been revised to comprehensively cover the replacement of thermal and hydropower with stand-alone renewable power or renewable energy combined with battery energy storage systems (BESSs).

Details of the guidelines

The renewable power (with or without an energy storage system) will be supplied to the beneficiaries at a tariff less than the energy charge rate of the generating station that was originally scheduled. Such tariff would also inclu­de the balancing cost and the tariff risk to be taken by the generator. The net sa­vings realised, if any, from the supply of rene­w­able energy in place of thermal/ hy­dropower under the existing PPA will be passed on to the beneficiary by the generating company on a monthly basis. The net savings will be shared between the generator and the beneficiary in the ratio of 50:50, subject to a cap of Re 0.07 per kWh to the generator. Besides, no additional transmission charges will be levied for bundling renewable energy with thermal/hydropower.

The guidelines also include provisions to sell the renewable energy in the po­wer market when it is not feasible to re­pla­ce the thermal/hydro-power with it on account of technical minimum sche­dule, and forced/planned shutdown of a generating station, among other things. To avoid the stranding of renewable en­ergy, the guidelines provide that in such cases, the generating station will be allowed to sell renewable energy to third parties or on the power exchange with no additional clearance required by the beneficiaries of the station for the same. The concerned RLDC/RPC will facilitate the sale of such power in the power market through separate scheduling of rene­wable energy for both co-located and near-located (in the vicinity) renewable energy stations.

However, the right to sc­hedule power from generating stations will first rest with the PPA holders. In case they do not schedule the power, the generating station will have the right to sell the un­scheduled renewable energy in the market. Also, under such conditions, as the renewable energy plant would not be operating under the flexibility scheme, there will not be any requirement for sharing the gains/losses derived throu­gh the sale of such renewable power in the market.

Recalibrating to the emerging scenario

The renewable energy sector has come a long way since the first phase of the Ja­waharlal Nehru National Solar Miss­ion, wherein a provision was made for bu­n­dling expensive renewable power with cheaper thermal power to drive the gro­wth of grid-connected solar power. Now, with solar and wind power tariffs plummeting to as low as Rs 1.99 per unit and Rs 2.43 per unit respectively, a case has been created for “reverse bundling”, wh­erein high-cost thermal power will be bundled with cheaper renewable energy.

There have been several ideas for blending power, combining different sources of energy, such as wind and solar, thermal and renewable. Thermal power is fi­rm or despatchable, while renewable (wind and solar) is inherently variable. Bundling will address the issue of intermittency associated with renewable power, bring down the overall cost of po­wer supplied to utilities, and increase re­newable energy penetration. While un­der the older regulation such balancing power was to be arranged by the discoms, with the revised scheme, the res­ponsibility for arranging balancing power will now be on the generators. This flexibility will provide power generators an opportunity to optimally utilise generation from renewable energy sources and help in reducing emissions. 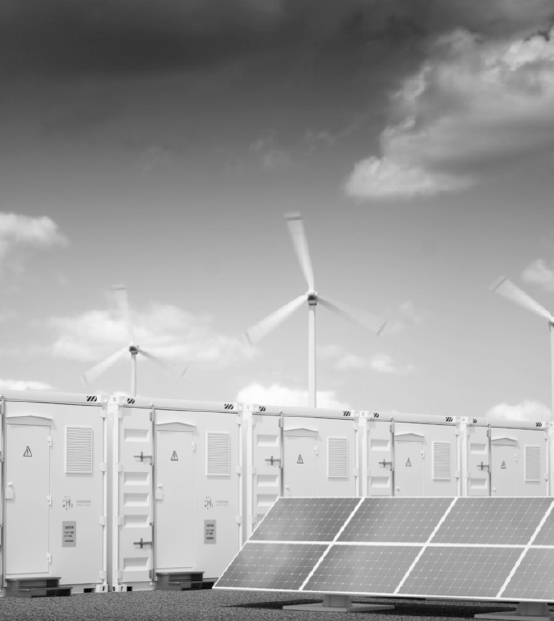 Renewable energy installations in India crossed the 100 GW milestone this year. This is a significant increase from just 58 GW of total renewables in 2016-17, an achievement enabled by a conducive po­licy regime, big-ticket auctions and private sector investment. However, the co­un­try has a long way to go with the new ambitious renewable energy goals an­nounced by the prime minister at COP26 in Glasgow in November 2021.

According to these new targets, India aims to increase its non-fossil energy capacity to 500 GW and meet 50 per cent of its energy needs from renewable energy sources by 2030. Further, the country aims to achieve net zero emissions by 2070. With roughly 46 GW of hydropower capacity installed till date, the new clean energy target means that India must install more than 350 GW over the next decade. Thus, an annual capacity addition of 35-40 GW would be required each year between 2021 and 2030, which is quite significant considering the slowdo­wn in both rene­wable and hydropower installations.

Undoubtedly, one of the important parts of the strategy to achieve the COP26 goals is “phasing down” coal and replacing it with renewable energy. In the years to come, the power sector will witness changing business models and more companies will move to clean generation. Pure-play thermal power producers are likely to be limited as coal-based power will play a largely supportive role. Reportedly, the MoP is considering a proposal to halt new coal-based power units to meet the commitments made at COP26. Besides, the ministry is expected to soon announce additional measures for achieving the target set by the prime minister at the COP26 summit.

Net, net, with the country on the path of promoting renewable energy and decarbonising the power sector, guidelines such as these will help accelerate the en­ergy transition while ensuring a stable and reliable power grid.

The Pradhan Mantri Sahaj Bijli Har Ghar Yojana (Saubhagya) was launched on September 25, 2017, with the aim of providing electricity to every willing household in rural and urban areas by March 2019. The scheme […]

By R.V. Shahi, Former Power Secretary, Government of India  The prime minister’s resolve and call to the nation for achieving self-reli­ance in all sectors of the economy is not only a national need and imperative for […]