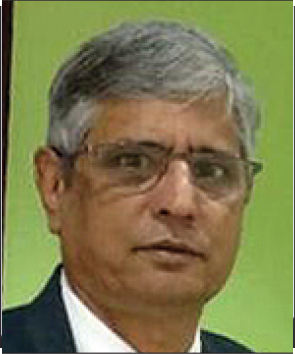 Deshraju Radhakrishna, Ch­­a­ir­man, Tripura Elec­tri­city Regulatory Commis­sion (TERC) brings to the ta­ble four decades of experie­n­­ce across all facets of the power sector. He has expertise in the areas of supply ch­a­in management, project ma­­­­na­gement and regulatory affairs. In the past, he has worked with the Madhya Pradesh State Electricity Board handling fuel management for power plants and Adani Exports Limited, among others. He has also served as adviser to various pow­er users including HPCL, IOC, and BPCL.

On the state of the power sector, Radha­krishna says, “In the past 75 years, and particularly in the past 25 years, we have achieved otherwise impossible milestones. Achieving uni­versal household electrification by providing power to the last mile was a distant dream but we achie­v­ed it. Today, the main cause of worry is mounting technical and financial losses and consumer expectations that power rates sh­ou­ld be competitive and af­for­dable. This can be achie­ved only by lowering the cost of production and distribution.”

Soon after joining TERC, Radhakrish­na started working on the supply of quality power and formulated regulations for this. Another noteworthy achievement of TERC is starting a forum to educate consumers regarding their rights and obligations. Besides this, he notes that TERC has not increased the retail pri­ces of electricity in the past seven years; on the contrary, it started giving a 5 per cent reduction for timely payments.

On the key issues facing the Tripura power sector, Radhakrishna says, “Unlike other states, Tripura has 90 per cent of domestic consumers, which poses many challenges. Since the per capita income of Tripura residents is quite low, providing them cheaper power is a big challe­nge. Additionally, Tripura is mainly de­pe­ndent on gas-based power, which is cost­li­er than other fossil fuel-based pow­er. Further, the population density of the st­a­te is low and the hilly terrain makes the supply of power costly.” To overcome th­e­se challenges, efforts are being made to re­­duce technical losses and find chea­per sources of power for consumers.

He believes in participative management and in the philosophy of inspiring/ aspiring through knowledge management. He likes to be there to guide the team whenever necessary while en­co­u­raging independence. Radhakrishna has studied engineering and law. He also has an MBA. In the future, he would like to write a book that captures his journey to educate and advise young people.