Diesel generator (DG) sets have a quick start-up time, low initial in­vestments and convenient installation. They are one of the most popular backup power solutions deployed in the country. However, DG sets entail high operating costs, which are mainly on account of the high cost of fuel. Fuel cost comprises the biggest cost component in operating a DG set and accounts for 75-80 per cent of the total lifetime costs. DG sets are popular as a power backup solution for commercial and industrial (C&I) power consumers, and come in handy during outages and other unpredictable issues in electricity supply. The higher cost of electricity generation fr­om DG sets is offset by revenue accretion activities that continue unhindered despite outages. Moreover, there are gen­sets based on gas engines that help in providing electricity in case of outages. Now, new technologies such as hy­brid gensets that operate on both con­ventional technologies and re­newable technologies are rapidly chan­ging the landscape of gensets.

Capital cost constitutes 6-7 per cent of the overall lifetime cost of a DG set. The capital cost depends largely on the rating and speed of the DG set. In India, DG sets ranging from 2 kVA to 7,000 kVA are used, with those in the 15 kVA-2,000 kVA range being the most common. While a 15 kVA set is available for around Rs 200,000, a 125 kVA DG set costs about Rs 550,000. The cost of a DG set increases in proportion to the increase in capacity. DG sets of 1,000 kVA and 2,000 kVA cost Rs 5 million and Rs 11 million res­pectively. Follo­wing the enforcement of emission norms for DG sets and engines by the Central Pollution Control Board in July 2014, the capital cost of DG sets has witnessed an uptick of 10-15 per cent. However, new-age DG sets offer better fuel efficiency and lower running costs. Meanwhile, high speed engines with 1,500 revolutions per minute (rpm) cost Rs 15 million-Rs 18 million per MW, in­termediate speed engines with 1,000 rpm cost Rs 20 million-Rs 25 million per MW while low speed engines with 600-750 rpm cost over Rs 35 million per MW.

Input costs have also been on the rise. Pig iron rates are currently at Rs 25,000 to Rs 26,000 per tonne in the domestic market, up by a marginal Rs 300 in the past few months. As a result, manufacturers are expected to hike prices to sustain their margins. While some manufacturers have increased the prices of their products, a number of them have kept the rates constant and have even reduced them in order to capture a higher market share.

Fuel prices form a major component of the primary costs of a DG set. As per the Environment (Protection) Rules, 2013, the specifications for commercial fuel ap­plicable in DG sets are the same as those for commercial high speed diesel (HSD) used in diesel vehicles. HSD has higher thermal efficiency and has lower cost as compared to other fuels.

Essentially, as mentioned above, fuel costs account for 80 per cent of the lifetime expenses incurred on a DG set. He­n­ce, the price and trend movements of diesel at any given point of time determine and influence the future sales of DG sets. As of December 2021, the price of diesel in Delhi stood at Rs 86 per litre, registering a growth of 28 per cent since December 2018. The increase in the price of diesel is attributable to the hike in crude prices internationally as well as the rise in excise duty and cess levied on diesel in the past three years. Further­more, the Indian rupee has depreciated by 4-5 per cent in the past three years, pushing up the price of imported crude correspondingly. The increase in the price of diesel on account of all these factors will make electricity from DG sets more expensive.

The cost of power generation through DG sets is quite high at over Rs 15 per unit. In some cases, it is even in the range of Rs 25-Rs 40 per unit. The operations and maintenance (O&M) costs of DG sets are also generally high. How­ever, the O&M requirement and cost de­pend on the quality of fuel used and the hours of operation of the DG set. A number of industries are now shifting to cl­eaner sources of power generation and with tighter emission regulations in pla­ce, gas gensets are gaining traction. 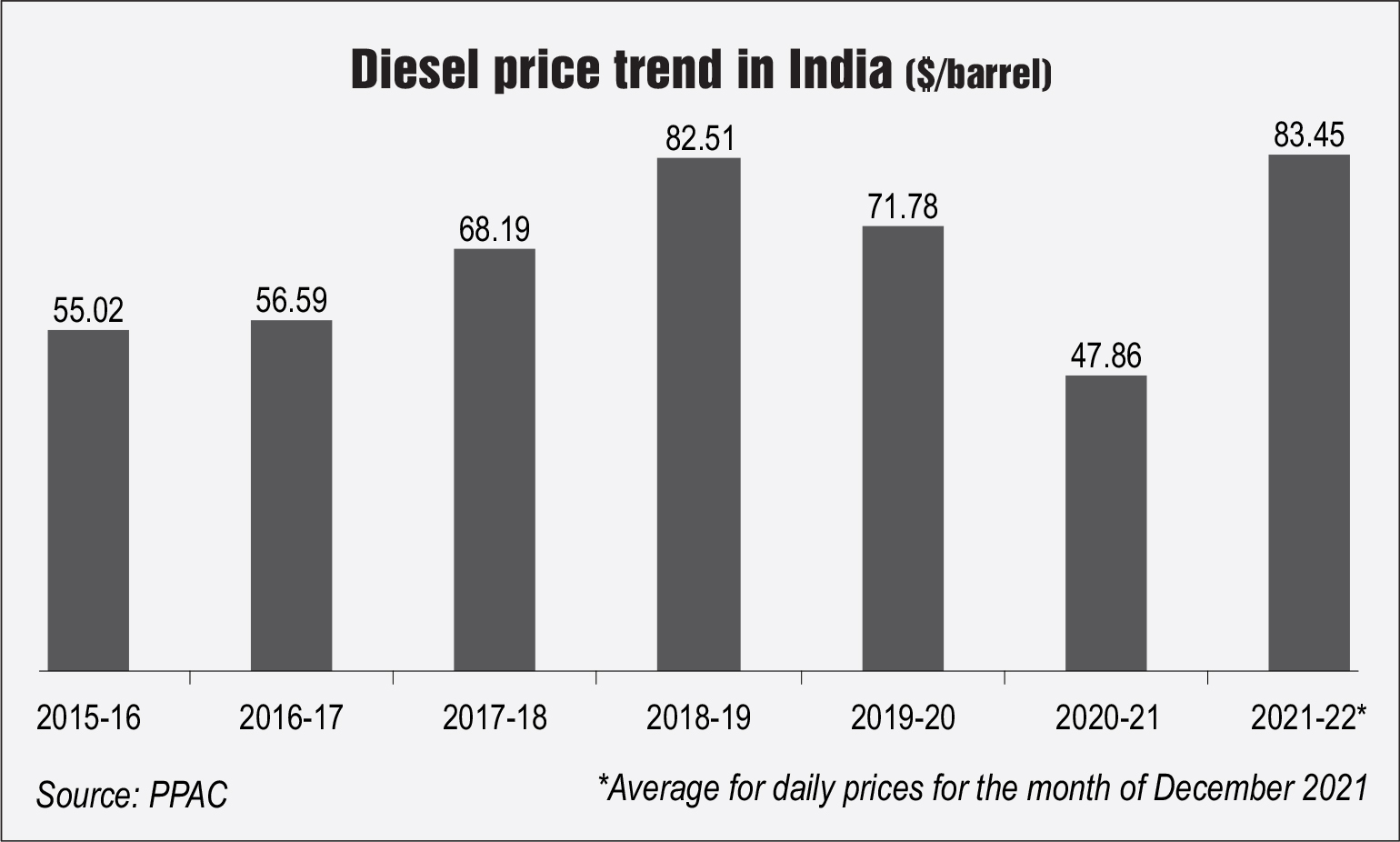 As seen above, the rise in the price of raw materials and the increase in crude pri­ces have made DG sets less viable than be­fo­re. Furthermore, India’s electricity sector is witnessing an accelerated shift towards variable renewable energy such as solar and wind, with their share in the electricity mix increasing to 22.6 per cent in Nov­em­ber 2021, up from 5-7 per cent a deca­de ago. This shift to renewable energy has been driven to a substantial extent by de­cli­ning component costs and policy support by the government. Conse­qu­ently, many C&I entities have begun to depend on captive renewable energy capacity such as rooftop solar given that its tariff has declined to Rs 3 per unit with limited O&M costs. This development has made rooftop solar a more viable po­wer backup option for C&I consumers compared to DG sets. 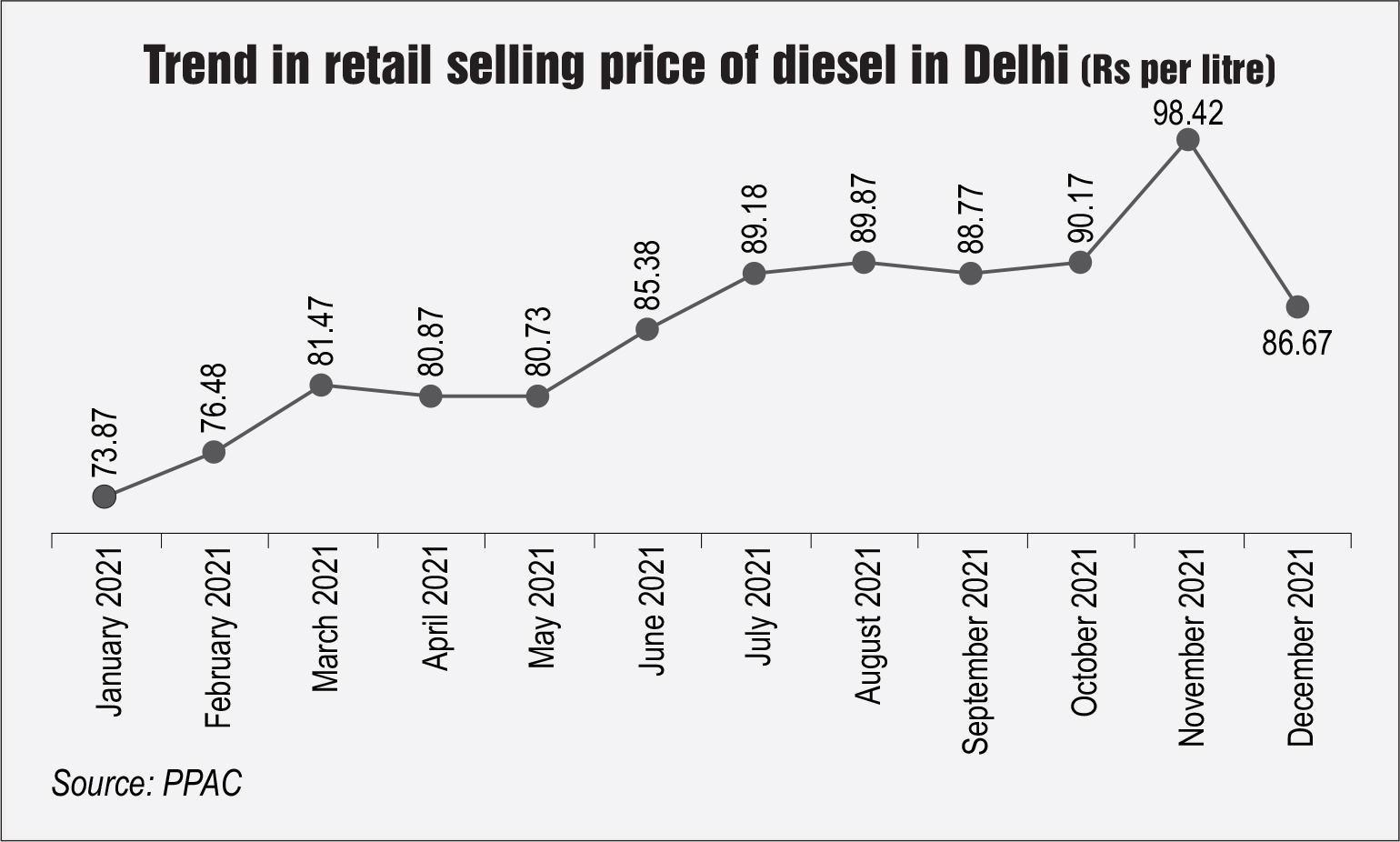 DG sets were favoured owing to their ab­ility to meet inadequate electricity su­pp­ly. However, in recent years, the quantity and quality of electricity supply has im­proved tremendously making it less necessary to install DG sets. Fur­ther­more, the affordability of variable rene­wable en­­­ergy has encouraged C&I units to shift from DG sets to rooftop solar or other such sources of electricity. Nonetheless, in­­termittency issues with renewable en­ergy remain and have made it necessary for some companies to retain DG sets given their utility in case of any contingency. Hence, DG sets will continue to remain an ac­tive power backup option, especially in hospitals and other businesses where continuous electricity supply is imperative. Going forward, battery energy storage systems (BESSs) as well as en­ergy storage sets supplemented by solar energy, that is, hybrid gensets, are ex­pected to beco­me cost competitive com­pared to DG sets. Currently, a BESS of 1 MW provides electricity at Rs 15 per kWh without including the cost of electricity production. Hence, it remains to be seen how DGs will fare over the long term when BESS and solar energy plus energy storage installations reach cost parity with DGs. 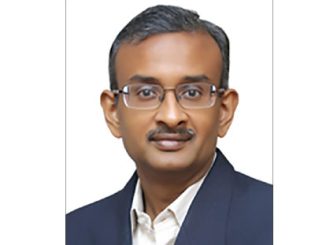 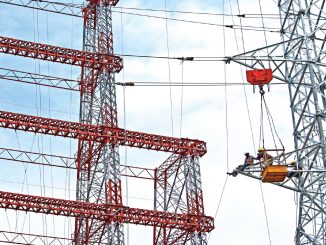 March 26, 2022
India’s transmission segment is undergoing a transformation. There has been a rapid expansion in grid length and [...]
More