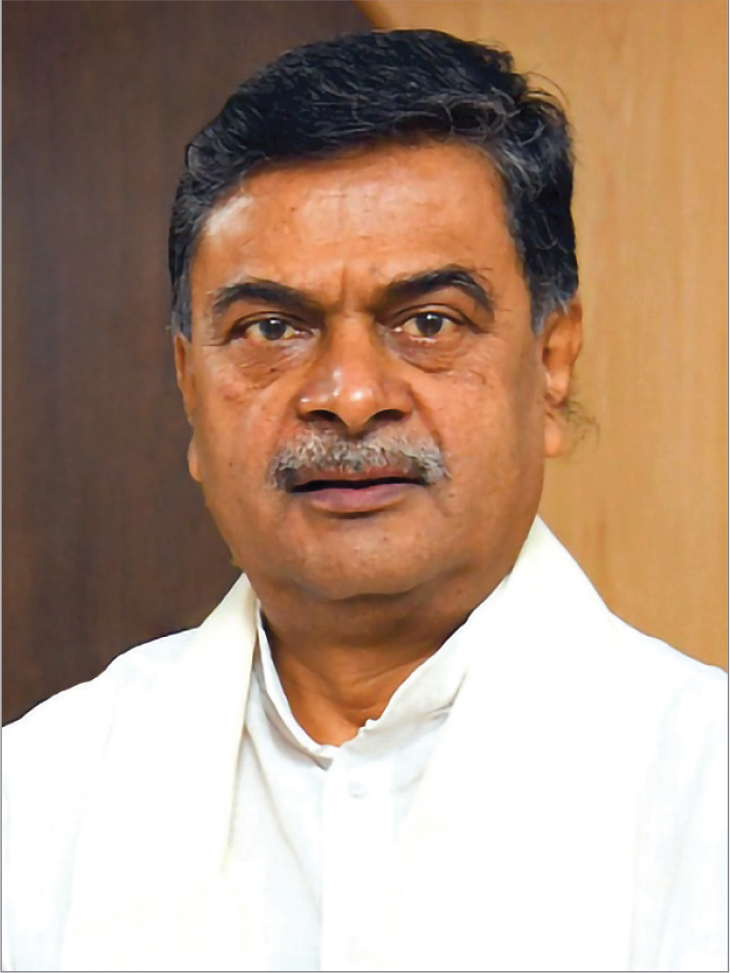 At the recent 5th POSOCO Day event, R.K. Singh, union minister for power, new and renewable energy, spoke about the sector’s achievements, the challenges ahead, and the outlook for the sector. Excerpts…

However, if there is a shortage of electricity, it can either be attributed to the financial position of the distribution utilities or the lack of technical capacity to draw the requisite quantity of power. Until now, the Ministry of Power (MoP) has come across some cases in two to three states that needed power but were constrained from drawing it owing to the lack of adequate transmission infrastructure. Earlier, the reason could be attributed to the weak position of the distribution segment; however, in the past four to four and a half years, the MoP has strengthened the distribution segment via schemes such as the Deen­da­yal Upadhyaya Gram Jyoti Yojana (DDUGJY) and the Integrated Power Development Scheme (IPDS). Moreover, in the past few years, the MoP has stren­gthened the distribution segment by adding 2,900 substations and upgrading 3,800 old substations, besides adding 750,000 ckt. km of HT lines and 550,000 ckt. km of LT lines. These developments have ensured that the distribution utilities are able to deliver electricity in all regions of the country. In addition, the MoP has provided electricity connecti-ons to all households in India under the Saubhagya scheme.

Apart from this, we have instituted a system of merit order despatch, which prioritises the despatch of the cheapest electricity first, thus encouraging efficiency and cheapest prices for consumers.

At the COP21 event, the Government of India had committed to developing 40 per cent of the total installed capacity from non-fossil fuel-based sources by 2030. Notably, India achieved this target in November 2021, nine years before the target. Now, at COP26, held in Glasgow, the government has pledged to develop 500 GW of non-fossil fuel-based install­ed capacity by 2030. On the country’s ma­rch towards achieving a renewable en­ergy capacity of 175 GW by 2022, it has achieved an installed capacity of 150 GW of renewable energy, including large hydro projects. About 63 GW of renewa­ble energy capacity is under various ph­ases of installation and is expected to be completed by next year.

The power sector is undergoing a transformation, with large penetration of renewable energy. Notably, the intermittency issue of renewables is an evolving and emerging challenge to the stability of grid operations. With the increased installation of rooftop solar, greater penetration of renewables in agriculture, and increased EV charging, power de­m­a­­nd will fluctuate and become more vo­la­tile. Hence, it is necessary for POSOCO/RLDCs/NLDC to plan and mitigate these evolving challenges by preparing accordingly. In the initial years, the volatility of the electricity grid will pose pr­oblems in grid operations; however, ov­er the long term, demand will probably even out with the introduction of battery energy storage systems. We are trying to encourage storage in a big way. The MoP has recently come out with a bid for 1,000 MWh of storage, which is the largest bid in the world.

In the next 15-20 years, even though consumption will grow to a certain level, a substantial part of that consumption will actually be generated by the consu­m­ers themselves as they will become pro­sumers. This transition will be visible at not only the household level but also among industries because of cross-subsidies. World over, the power tariff for bulk consumption for industries is low as compared to household consumer tariffs, but in our country, it is inverted. Hence, it will be profitable for industry to switch over to renewables.

The next challenge is related to cybersecurity. It is not just cyberattacks from a recognised enemy; any sort of misguided groups can come out with a cyberattack on our system or any part of the system. Since the whole network is vulnerable to cyberattacks, we need to pay focused attention to it.

There is a need to work on ancillary services, to have reserves that can be called upon. Until now, we had surplus generating capacity because of which we always had some capacity on standby. As demand catches up with the existing capacity, POSOCO will not have the luxury of surplus power at hand. Therefore, POSOCO should have reserves through ancillary services. There is a need for a sy­stem of secondary and tertiary reser­ves. This automatic generation control is a good thing, but it will last only for ab­o­ut 15 minutes. After 15 minutes, secondary generation/standby has to kick in, which necessitates a policy for ancillary services. That said, secondary and tertiary reserves will not be required if we have a situation of huge surpluses, if we add so much of renewables. Even with renewables, when huge surpluses of solar and wind are injected at the same time, battery storage will be required so as to prevent energy from being wasted.

The power sector in the world is changing. We are also going to connect with other countries under the “One Sun One World One Grid” initiative. We need to work on this, as it will have its own challenges. Further, as far as load despatch is concerned, it is a very specialised field and can only be handled by people who are well trained for this. That is true for both the NLDC and RLDCs, but not for state load despat­ch centres. So, there should be compul­so­ry certification of people who are going to work in this field.

Moreover, everybody who participates in the grid, whether the one that draws power from the grid or just a part of the grid, must follow discipline. If they do not follow discipline, there will be chaos and the whole country’s national grid will collapse, which will result in a national disaster. That is what we together need for the country to have a secure future where power is available round the clock and of good quality without any blackout in any part of the country. It is a major responsibility because it is electricity that runs everything, it is a part of our life like oxygen.