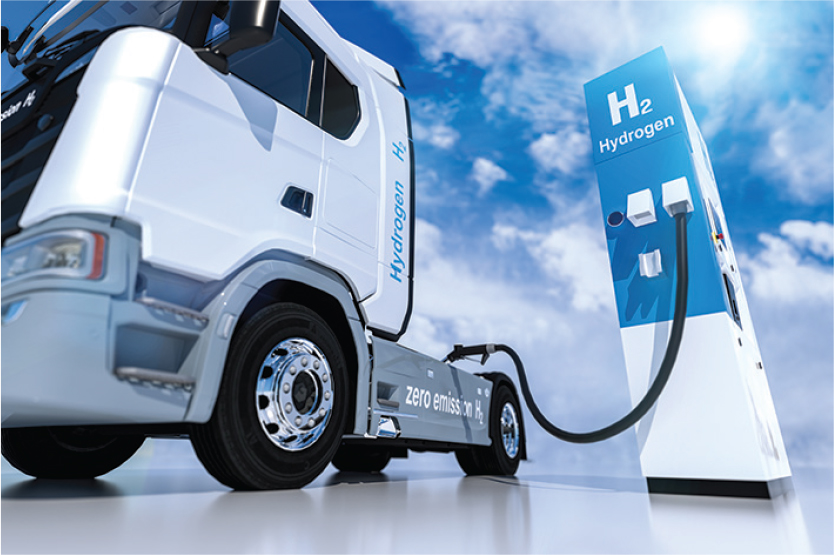 Green hydrogen, often termed as the fuel of the future, can play a significant role in meeting India’s climate commitments. The fuel has multiple end-uses and is highly compatible with other fuels and energy carriers, making it a str­o­ng and viable option for decarbonising India’s energy portfolio. India laun­ch­ed its National Hydrogen Mission on August 15, 2021, to aid the government in meeting India’s emission targets while promoting the uptake of renewable energy in the country. In line with India’s target of producing 5 million tonnes of green hydrogen by 2030, the mission seeks to make India a green hydrogen hub. Hydro­gen and ammonia are envisioned to re­pla­ce fossil fuels in the years to come as these fuels can be produced using renewable energy. A significant impetus to green hydrogen and green ammonia is likely to create ma­ssive opportunities for the expansion of the renewable energy sector in India. The Government of India is taking various measures to facilitate the transition from fossil fuel and fossil fuel-based feedstock to green hydrogen and green ammonia, both as energy carriers and chemical feedstock for different sectors.

To further the National Hydrogen Mis­sion, the Ministry of Power, on February 17, 2022, notified the first phase of India’s Gr­een Hydrogen Policy. The policy has introduced several measures to ease the adoption and production of green hydrogen and green ammonia. A key feature of the policy is the waiver of interstate transmission charges for a period of 25 years, which will be allowed to the manufacturers of green hydrogen and green ammonia for projects commissioned before June 30, 2025. Open access will be granted within 15 days of the receipt of application. Green hydrogen/am­mo­nia manufacturers can also bank their un­consumed renewable power, up to 30 days, with a distribution company and take it back when required. Ma­nu­fac­turers will be allo­wed to purchase renewable power from the pow­er ex­ch­ange or set up renewable en­er­gy capacity themselves or through any other developer, anywhere. Distribu­tion licen­se­es can also procure and supply re­newable energy to the manufacturers of green hydrogen/ green ammonia in their states at concessional prices as deter­min­ed by the state commission. Wh­ile these ste­ps are im­por­tant, their impact on the price and market dynamics may need to be ana­ly­s­ed further to ensure the effective im­ple­mentation of these provisions.

The establishment of a single portal by the Ministry of New and Renewable En­ergy for conducting all the activities including statutory clearances in a time-bound manner is also a welcome step that will improve the ease of doing business. Furthermore, to avoid procedural delays, grid connectivity will be provided to renewable energy plants and manufacturers of green hydrogen/ammonia on a priority basis. The renewable energy capacity set up for manufacturing green hydrogen and green ammonia will also be granted connectivity to the interstate transmission system on a priority basis. To promote exports, manufacturers of gr­een hydrogen/green ammonia will be allowed to set up bunkers near ports for storage of green ammonia. The provision of land for storage will be facilitated by the respective port authorities at applicable ch­arges. The be­nefit of renewable pur­cha­se obligation will also be granted as incentive to hydro­gen/ ammonia manufacturers and to distribution licensees for the consumption of renewable power.

The several provisions laid out in the policy are likely to improve the ease of doing business and lower the cost of producing green hydrogen and associated fuels. Policy implementation is ex­pected to improve access to clean energy sources for both consumers and ma­nufacturers. The production of green hydrogen will also reduce the heavy dependence on imports for crude oil and fossil fuels.

However, given that it is the first phase of the policy, it lacks demand-side provisions, which will be essential for driving the green hydrogen economy. Demand-side incentives such as hydrogen purchase obligations can be formulated in the upcoming phases of the policy to help in the achievement of the policy tar­gets. That said, the new policy will give a fresh impetus to renewable energy production, which will not only str­en­gthen the country’s energy security, but also be beneficial to renewable power/infrastructure companies. With well-structured and effective implementation of the green hydrogen policy, In­dia can be expected to transform into a hydrogen hub in the coming years.