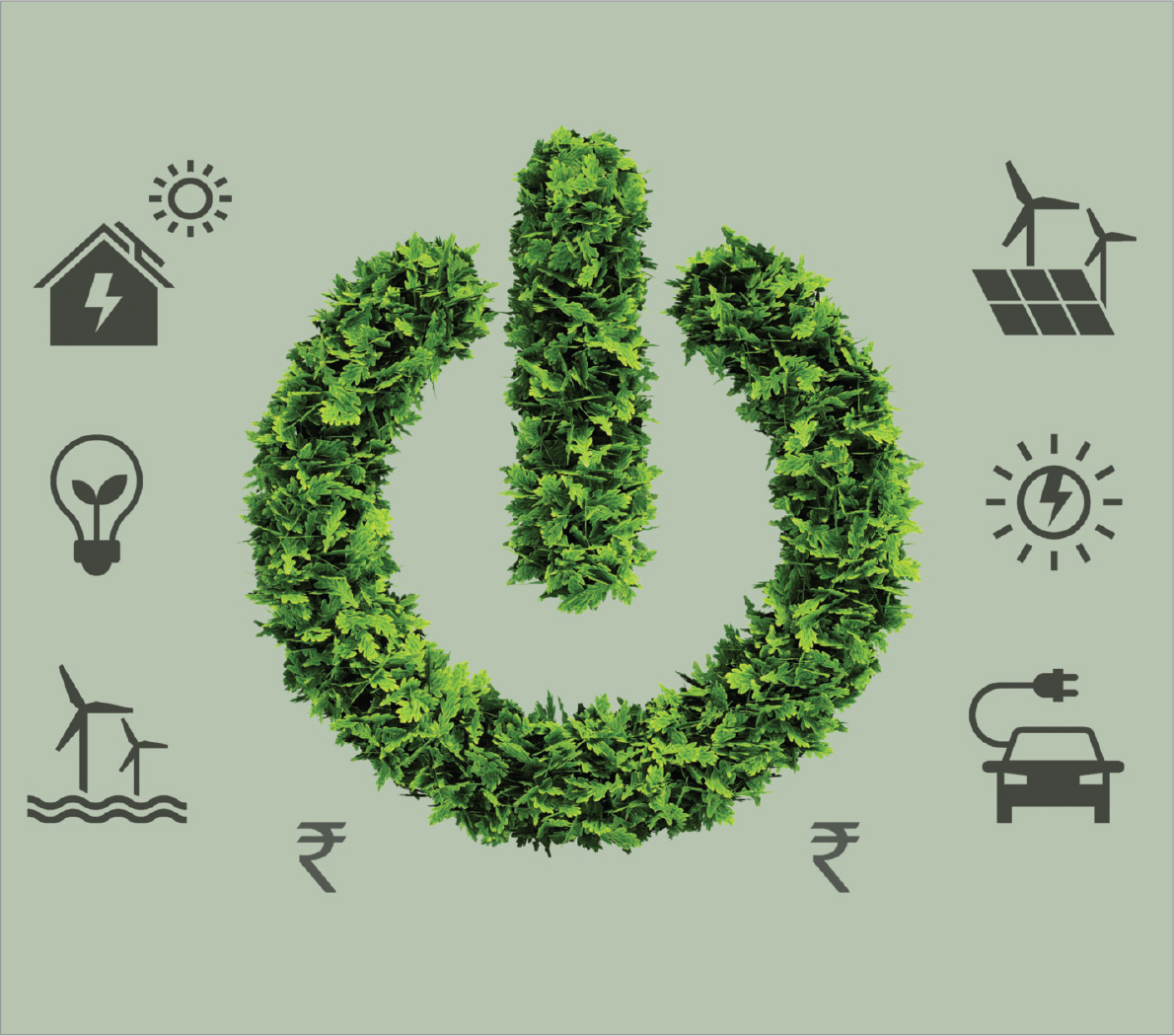 A budgetary allocation of Rs 112.06 billion for 2022-23 has been made towards central schemes under MoP, a decline of 3.84 per cent over the revised expenditure in 2021-22. The reforms-linked distribution scheme has been allocated Rs 75.65 billion. An allocation of Rs 29.75 billion has been made for str­en­gthening power systems, including fun­ding of Rs 17 billion towards streng­th­ening of the transmission system in sta­tes of Aru­na­chal Pradesh and Sikkim. Apart from this, the Power Sy­stem Develop­ment Fund has been allocated Rs 6.04 billion.

Biomass co-firing: In order to reduce the carbon footprint of TPPs and lower stubble burning in agricultural fields, the central government has proposed 5-7 per cent co-firing of biomass pellets in TPPs. This is expected to result in CO2 savings of 38 million metric tonnes (mmt) annually as well as provide extra income to farmers and create job opportunities for locals.

To recall, in October 2021, the MoP had issued a Policy for Biomass Utilisation for Power Generation through Co-firing in Coal-based Power Plants, which mandated TPPs to use 5-10 per cent biomass along with coal in TPPs. Overall, around 59,000 metric tonnes (mt) of biomass have been co-fired in TPPs as of January 2022, and tendering for another 12 mmt of biomass is under way. Out of this, the biomass co-fired in the NCR region stands at 21,000 mt and tenders floated in the region are about 5.50 mmt. NTPC is leading the utilisation of biomass at its TPPs, having co-fired around 58,000 mt and is tendering for another 10.7 mmt of biomass. 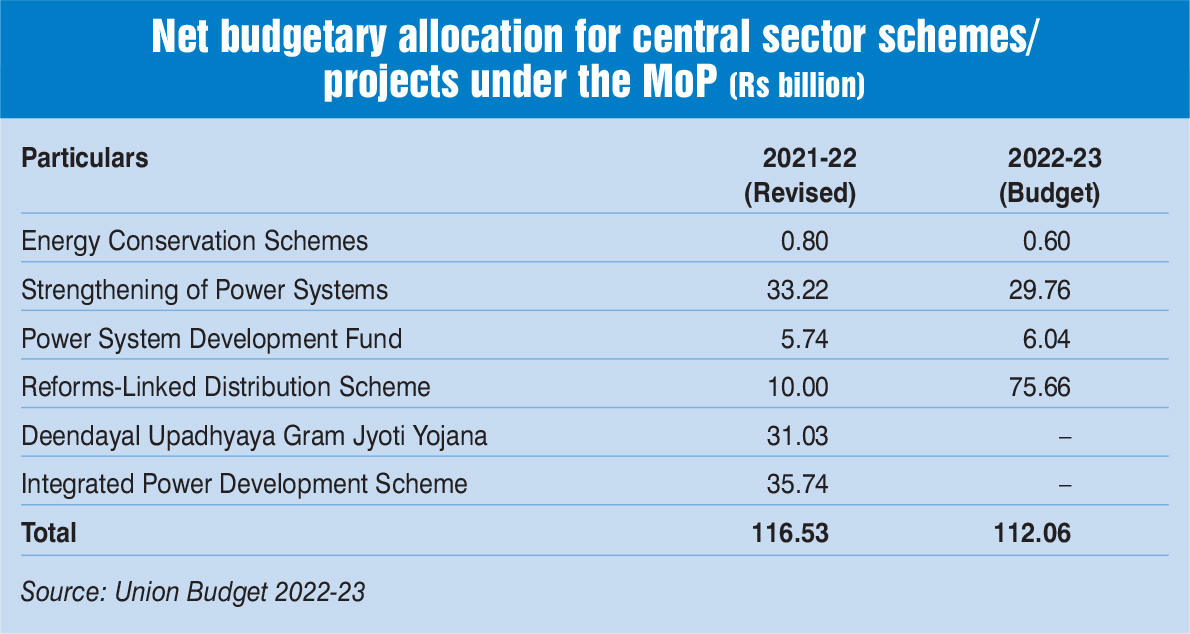 The enhanced PLI scheme budget will strengthen the domestic solar module manufacturing ecosystem and the benefits of the scheme will be extended to several more module manufacturers. It will further push the government’s agenda of Make in India, reduce import de­pendence and create more jobs.

Battery swapping and interoperability will enable a vast energy-operator supply chain, which will help boost EV adoption. It is expected to improve the operational efficiency and financial viability of the EV charging ecosystem. It will also encourage private players to de­ve­lop sustainable and innovative business models for BAAS, wherein electric two-wheeler and three-wheeler customers need not own the battery, which accounts for about 50 per cent of the total vehicle cost.

Green bonds: The union budget has proposed that as a part of the government’s overall market borrowings in 2022-23, sovereign green bonds will be issued for mobilising resources for green infrastructure. The proceeds will be deployed in public sector projects that help in re­ducing the carbon intensity of the economy. The sovereign green bonds will also create an ecosystem for greater flow of capital into the green energy sector and improve the prospects of environmental, social and corporate governance (ESG) investing. The global green bond market is expanding at a fast pace, and this will help India access long-term funds at a competitive rate.

The Economic Survey 2021-22 lays emphasis on transitioning to clean and renewable energy and its storage as the two main pillars of achieving a net zero carbon economy. The survey points to the fact that the pace of the shift from conventional fossil fuel-based sources to renewable energy sources will determine the extent and mix of investment re­quirements. It also notes that the transition from conventional fossil fuel-based energy to clean energy as well as battery storage will be more mineral intensive, and it is pertinent to prepare for it on the policy front. Minerals inclu­ding copper, aluminium, iron, mangan­e­se and nickel are critical for developing solar PV, wind and nuclear plants, while lithium and graphite are important for developing energy storage solutions. With the developed countries being the front runners of net zero emission plans, it is important to avoid the risk of being a latecomer. Inelastic supply is already increasing mineral prices, which are likely to shoot up even further in the future. The survey recommends encouraging R&D to speed up the clean energy transition and to develop technology that recycles, reuses and repurposes minerals.

The survey highlights the need for a diversified energy mix (of which fossil fuels are an important part) and simultaneously focusing on building storage for intermittent electricity generation from solar PV and wind farms to ensure on-de­mand energy supply for the clean energy transition. It points to the recent surge in the prices of natural gas in Eu­rope on account of higher energy de­ma­nd as well as the cold spells across the region and slower winds for running turbines, which have resulted in lower electricity output. All this reiterates the importance of having a diversified generation mix along with an energy storage solution.

With regard to the projected coal de­ma­nd in the country, the economic survey notes that as per the Draft National En­ergy Policy of NITI Aayog, the dema­nd for coal is expected to remain in the range of 1.3-1.5 billion tonnes by 2030, despite the push for renewables. It also points to the several initiatives being ta­ken by coal and lignite-producing PSUs to reduce their carbon footprint, including creating a green cover across 56,000 hectares of land, resulting in a carbon sink of about 500,000 tonnes of CO2 equivalent per year. Apart from this, the PSUs have installed 1,496 MW of renewable capacity as of March 2021 and during the next five years, they have planned to install an additional 5,560 MW of renewable capacity with a substantial carbon offset potential. 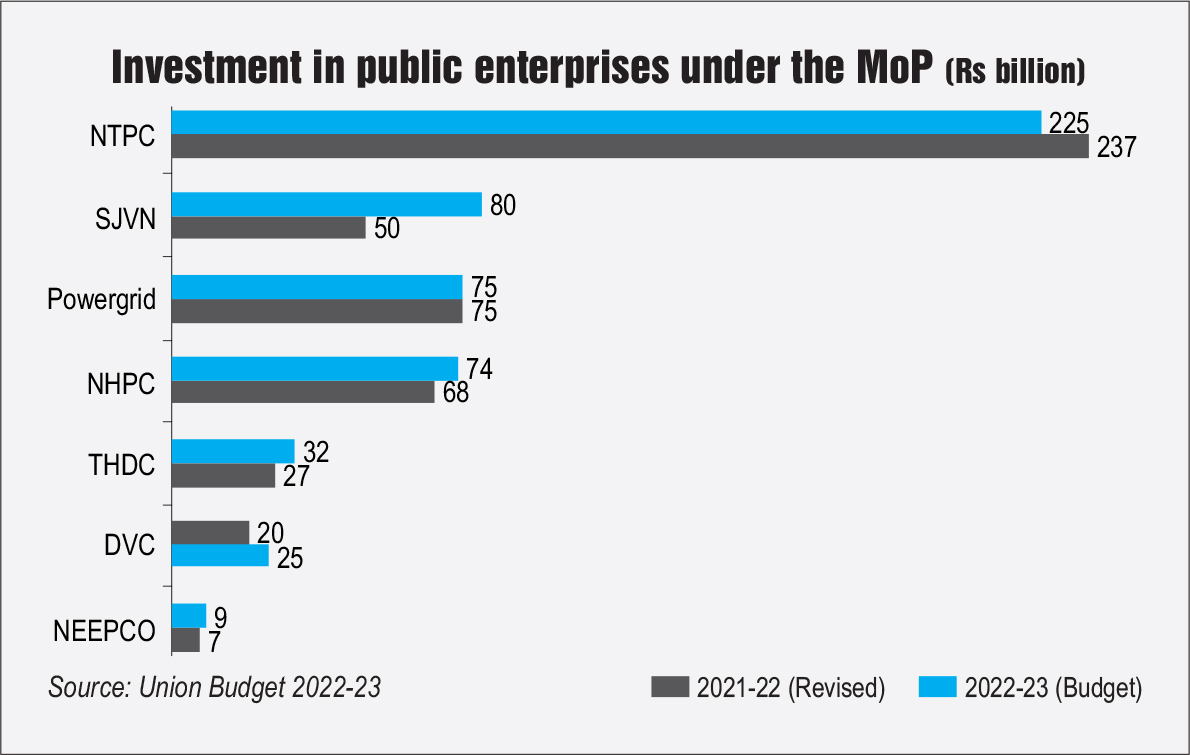 The Union Budget 2022 is in sync with the country’s long-term goals of achieving net zero emissions by 2070, and its clean energy transition targets. Giving the much-needed impetus to e-mobility and domestic manufacturing of solar PV mo­dules, the budget has overall struck a positive chord with industry stakeholders.