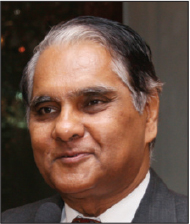 The prime minister’s resolve and call to the nation for achieving self-reli­ance in all sectors of the economy is not only a national need and imperative for self-respect, but it also makes co­mprehensive economic sense to provide cost-effective solutions to raise the na­ti­o­nal income, the per capita income and, above all, the standards of living. It re­quires each segment of the economy to brainstorm and prepare a phased action plan to minimise the dependence on im­port and maximise domestic production. This is not to say that imports have to be ruled out altogether, because, in a globalised economy, mutual interdependence is inevitable. However, we need to minimise such dependence where we are excessively relying on imports.

The energy sector is at the core of economic development. Its contribution to the economic and social development is, by far, the largest. Therefore, it is im­portant to consider each aspect of the energy sector, subject it to critical examination and come up with alternative ways of developing and operating these sectors with the larger objective of self-reliance. In the words of Dr Kalam, former President of India, the need for energy security – a better way of putting it is “energy independence” – is the vital need of the country.

India is one of the three largest consumers of energy. Table 1 gives a comparative picture of where we stand in the global context.

During the last one year, the India En­ergy Forum organised over 20 webinars covering all areas of the energy sector. These were attended by distingui­shed professionals and former policymakers, and discussions were directed towards policies and action plans to not only en­hance the per capita consumption of different constituents of energy to catch up with the rest of the world, but also to en­sure that all these aim to achieve net zero emissions over the next 40-50 yea­rs. Discussions also focused on how the country should develop and manage these sectors with an important consideration of minimising the dependence on imports and enhancing the level of self-reliance. For India, it is a great challenge to enhance energy consumption by at least three times even to be near the global average and, at the same time, respond to the climate chan­ge concerns, despite the fact that India’s main domestic source of energy is coal. The country’s coal reserves are of the order of 370 billion tonnes. It may be appropriate to de­al with the relevant issues concerning ea­ch segment of energy, highlighting the present status, possibilities and opportunities, challenges that lie in minimising the dependence on other countries and achieving self-reliance.

As mentioned, coal is India’s most im­portant energy resource. It provides fuels to industries such as steel, cement and fertilisers. Coal-based power constitutes over 70 per cent of power produced in the country. Even though In­dia’s per capita emission of CO2 is much less than the global average, accounting for al­most one-third to one-fifth of the emissions in some of the developed countri­es, India is committed to ensuring that carbon emissions are appropriately controlled throu­gh a radical overhaul of the power generation profile with exponential expansion of renewable power ca­pacity. In recent months, the coal sector has taken initiatives to undertake massive research projects ai­m­ed at alternative methods of coal us­age so as to minimise carbon emissi­ons. Coal Gasifica­tion and Coal to Hy­dro­gen are two large initiatives to en­su­re that, in India’s pursuit of self-reliance in energy, coal continues to remain relevant. In this regard, a few initiatives to reduce CO2 emissions post-combustion through carbon capture and utilisation (CCU) have been undertaken. These projects need to be implemented with all seriousness so that this huge source of domestic energy does not become irrelevant, thereby ca­u­sing a great challenge in the fulfilment of self-reliance. The implications of inaction, and also slow action, need to be appreciated by both the coal sector and the power generating sector for mutual cooperation in this regard.

Gas is another important fuel for the power, fertiliser, city gas distribution, and transportation sectors. In terms of cli­mate change response, its impact fr­om the emission point of view is much less compared to that of coal, even though it also falls in the category of fossil fuel. Gas co­nstitutes about 6 per cent of the energy basket. Unfortunately, dom­e­s­tic gas production has hardly seen any growth in the last 10 years or more, and, as a re­sult, even at 6 per cent of the In­dia’s energy profile, the country needs to import over 50 per cent of its requireme­nt in the form of LNG. The target for gas in the energy profile is 15 per cent. Unless do­mestic production of gas is substantially enhan­ced, it would go counter to the objective of self-relian­ce. There is, however, a ray of hope as the domestic production of gas picked up recent­ly. The gas sector has been advocating the inadequacy of the pricing policies in this regard suggesting that these do not match with the genuine expectation of investors. There seems to be a scope for revisiting these policies to address in­vestor concerns and take care of consu­mer interests. A very high gas tariff may be counterproductive, since other forms of energy might appear mo­re competitive, not only for the power se­ctor, but also for domestic use and transport. A low tariff for gas might not attract investments. What is needed is fine balancing. Perhaps a target of im­port not to exceed 30 per cent, backed by a substantial increase in domestic pro­duction, wo­uld be a reasonable ex­pec­tation from the point of view of atmanirbharta.

Hydropower has experienced a low growth in capacity addition. Its releva­nce from the point of view of climate ch-ange and clean energy, and also as a very strong backup potential for solar power, needs to be fully understood and appreciated. Storage hydropower projects and also pump storage power projects need a more attractive policy, so that the remaining 100 GW of untapped potentials are harnessed for this important source of clean energy to have a respectful position in the power profile, and to be a reliable associate to complement solar power expansion.

Nuclear power, in terms of its position in the overall power sector profile, with less than 2 per cent of the total power produced, continues to be in the margin. It is a clean energy source and can serve as the baseload for the large-scale expansion of solar power. Although the gestation of these projects from commencement to completion has remained an area of concern in the past, Indian scientists and engineers have demonstrated an excellent track record of operational performance. Looking from the point of view of self-reliance, there is considerable scope for internalising design, eq­uip­ment manufacturing and construction. For fuel, obviously, we will need to depend on imports. Its sustainability in the long term, in respect of availability and price, is not in question. We do need to ensure this.

India’s thrust on renewables, with a medium-term target of 500 GW is no doubt challenging, but achievable, if not by 2030, then two to three years la­ter.  Technological changes and volumes have drastically reduced their pric­es. These initiatives are going to ra­dically change the power sector profile. From the self-reliance point of view, the challenge is to prepare and step up manu­factu­r­ing, matching with the expansion prog­ramme with a target of a much reduced import requireme­nt. The production-linked initiative scheme ann­ounced by the government is a laudable initiative, and its implementation will need to be regularly monitored. It ap­pears doubtful whe­ther such a massive expansion, and in the time frame envisaged, can comp­letely eliminate im­port. However, even if we un­dertake and implement the solar programme with at least 70 per cent fully sourced within India, it will be a great contribution to the objective of self-re­liance. We need to align the ex­pansion of solar projects with the ex­pansion of domestic manufacturing.

The Prime Minister of India, while inaugurating an international seminar on the petroleum sector in October, 2020, said that like the seven horses driving the cha­riot of the Sun God, India’s energy map has seven key drivers. These are: 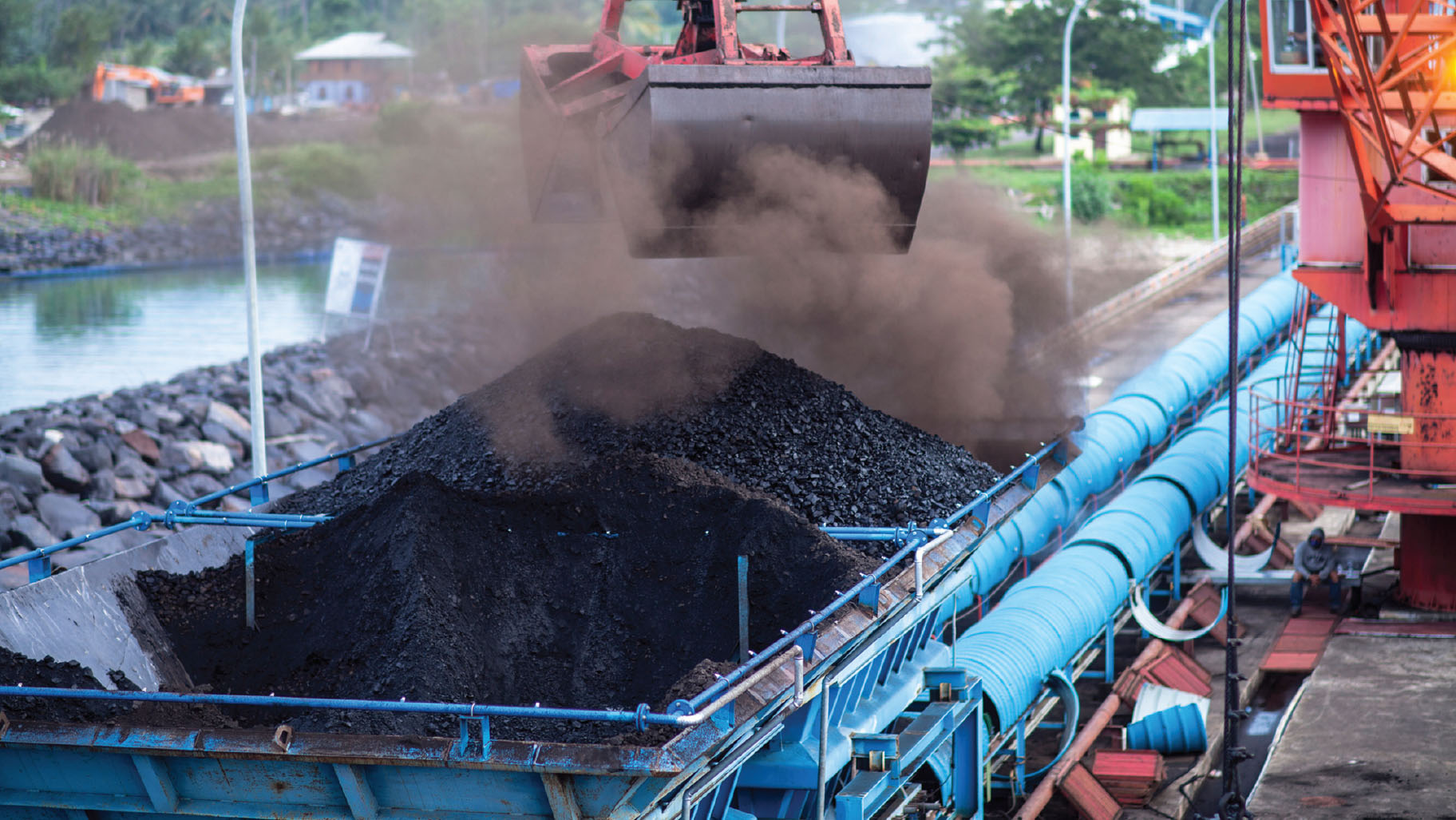 The petroleum sector, within the energy group, with over 85 per cent of import de­pendence, poses the biggest challenge as far as self-reliance is concer­n­ed. It re­quires synthesising several alternative strategies to reverse the trend. Road transport, railways, industrial establishments, and agricultural irrigation, acco­unt for the largest share of consumption. The strategy would include actions to step up domestic production and consumption sectors to shift to alternative fuels. Exploration, new methods of ex­traction and, more importantly, speedy project management could perhaps enhance the present domestic contribution, which is just about 15 per cent.  Policy changes required for attracting in­vestments may also need to be re­str­uc­tured and put in place. This could definitely be expected to yield some results, but we cannot expect 15 per cent to be­come even 30 per cent in the next 10 years or so. Therefore, it would be wise and desirable for the consumption sectors to shift to other fuels. The process has already begun. Railways have set a very optimistic target of almost 50,000 km of railway traction to phase out diesel locomotives and have locomotives driven by electri­city.  Electric vehicles with large volumes are coming down to realistic price levels, and operating costs are es­timated to be less than 25 per cent co­m­pared to die­sel/petrol-driven vehicl-es. Diesel-driven agricultural pumps are being re­placed, in a big way, with solar pumps or with solar power-driven pu­mps. More and more gadgets in kitchens, including gas stoves, are being replaced with electricity-driven imple­men­ts.  Th­us, consumption sectors of petroleum fuel, over the next 5-10 years, are expected to have a completely a new look – a major contribution by the energy sector to­wards atma­nirbharta. The petroleum sector has plans for major diversificati­ons into new areas of energy.

The country needs well-planned and orchestrated actions, aimed at accelerated reductions in imports in various en­ergy segments. We should also devise a self-reliance index, with proper wei­gh­ta­ges for various measurable para­me­te­rs. A pe­riodic evaluation of this in­dex will en­able us to determine the out­co­mes of various initiatives and identify areas of deficiencies and weaknesses, for appropriate re­medial actions. What is most remarkable and highly satisfying is the consensus among organisations in the government, public sector and pri­vate sector, cul­­min­a­ting in committed action programmes to embark upon large research and technology development projects and innovate in the areas of hydrogen, coal gasification, batteries, CCU, large so­lar manufacturing plants; accelerated pro­gram­mes for compone­nt manufacturing in electricity-driven tra­nsport systems; and, above all, a radical change in the mindset and confidence of all towar­ds self-reli­ance and atma­nirbharta.

The power distribution segment continues to be the Achilles heel of the po­wer sector, adversely impacting the viability of the entire value chain. In the past couple of months, the outstanding discom dues to power […]