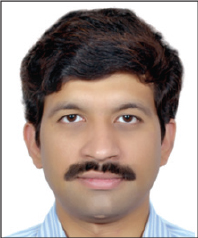 The Indian power sector is undergoing a paradigm shift with rapidly in­creasing renewable capacity addition in the system. Renewable electricity generation has seen over 15 per cent compound annual growth rate over the last few financial years (2016-17 to 2021-22) vis-à-vis a total growth of around 3.5 per cent. India now boasts of the largest installed renewable energy capacity of more than 150 GW (comprising 106 GW renewable electricity and 46.5 GW hy­dro) and has set a target of achieving 500 GW of renewable energy capacity by 2030, in addition to meeting 50 per cent of its energy requirements from renewable energy.

This expedited growth has been possible due to a favourable policy environment, aided by technological innovations, whi­ch have resulted in falling cost curves and renewables achieving/surpassing grid parity. The capacity addition in re­ne­wables is primarily driven by long-term PPAs of discoms, either through the competitive route or the earlier feed-in tariff mechanism. However, as the pe­ne­tration of renewables in the grid inc­reases, new technological and market-based solutions are essential for renewable energy integration and absorption. While hybrid plants (with or without different storage technologies) and distributed solutions are already progressing on the technological front, the recent ad­vent of market-based solutions is pro­viding immense value to renewable en­ergy buyers and sellers, facilitating co­m­petitive, transparent and flexible po­wer procurement, with certainty of sc­hedule and time-bound payments.

The exchange-led electricity and renewable energy market provides a diverse spectrum of market-based products and contracts. They include the real-time ma­r­ket (RTM), which began in June 2020, the green term-ahead market (GTAM) launched in August 2020 and the green day-ahead market (GDAM) launched in October 2021. Dis­co­ms now have access to real-time exch­an­ge-discovered prices to make optimal buy-sell decisions. Also, renewable energy-surplus state discoms, renewable energy generators without PPAs/with expired PPAs, generators who commissioned prior to their scheduled dates, etc., can now monetise their surplus en­er­gy immediately and help their counterparts in meeting their renewable purchase obligations (RPOs). With benefits such as transparency and flexibility in procurement that the exchange market segments offer, a pan-Indian green market is facilitating obligated entities such as discoms, open access consumers and captive power plants in fulfilling their RPOs at competitive prices.

The Central Electricity Regulatory Com­mission (CERC), vide its order dated Feb­­ruary 2022, approved the introduction of hydropower contracts in the GTAM at the IEX to facilitate hydropower purchase obligation (HPO) compliance of obligated entities. The IEX is in the process of laun­ching this market segment shortly.

The GDAM segment commenced at the IEX on October 26, 2021, as part of the integrated DAM, where discoms and consumers can fulfil their green power requirements in collective markets. Whi­le all other processes remain the same, the market volume and price discovery are prioritised for green bids. Bidders have the option to bid for rene­wable and conventional power separately and additionally, participants can carry forward uncleared bids from the green market into the conventional market at a premium – or discount – as they deem fit. As on March 31, 2022, the market has accomplished a trade of 920.4 MUs, with an average daily buy of 21.6 MUs and an average daily sell of 11.6 MUs, with an average market clearing price of Rs 5.29 per kWh.

With the advent of the GDAM, currently, renewable energy generators and sellers have got all options to participate in the market. Further, the RTM, with its excellent liquidity, is functioning as the market of last resort. As a case in ha­nd, there are certain renewable energy generators who are bidding under both the GTAM and GDAM segments and are clearing the uncleared volume in the RTM, acting as a price taker.

Although the performance of green markets has been promising, the following market enablers will go in a long way in making the market realise its full potential:

The introduction of exchange-based gr­een markets, along with RTM, and their encouraging performance in terms of liquidity, competitive price discovery and premium commanded by the green market segments , has built a strong case for bringing more merchant renewable capacity into the system.

Green markets provide a better route for renewable integration and will help ac­hieve the target of 25 per cent share from spot markets, as mentioned in the draft National Electricity Policy, 2021.

Further, markets act as a stepping stone for new green power procurement mo­dels being envisaged – such as virtual PPAs and contracts for difference – and have the potential to fast-forward ad­va­n­­­ces in renewable energy forecasting algorithms, which will help address the key concern of buyers and grid operators, which is the unpredictability of gr­een generation.

In the long term, significant renewable purchase compliance targets, coupled with voluntary green targets committed to by a whole host of industrial and commercial customers, will continue to act as a driver for green merchant capa­city ad­dition. The above-mentioned market en­ablers and support from the lending co­mmunity will go a long way in meeting India’s ambitious renewable targets. N