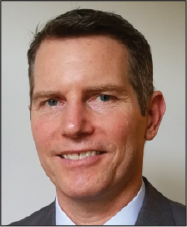 Our world is the most interconnected it has ever been. This has been demons­trated ti­me and again through shared he­alth experiences, geopolitical interests and conflicts, and natural disasters that collectively upend communities, supply chains and li­ve­lihoods. The climate crisis is the thread that co­nnects these si­mul­taneous and compounding issues.

People around the world are increasingly seeing heat waves, droughts, floods and wildfires disrupt their lives. South Asia is no exception as the recent heatwave has unfortunately re­mi­n­ded us. In addition to these extreme ev­e­nts, the urban heat island effect and air polluti­on are making life in the city, where most people now live, a he­al­th hazard on a daily basis.

This decade will be decisive for the future of our planet. That is why USAID has developed a new Climate Strategy that will guide our hu­mani­ta­ri­an and development work through 2030 in a way that is truly different – by calling on all corners of USAID to play a part in our whole-of-agency response.

We have developed six targets to achieve by 2030 that capture our ambition for what we hope to do in partnership with governments, ci­vil society, academia, private firms, communities and other donors.

Our energy sector programming will support five of these six objectives. In South Asia, USAID will expand upon the foundation al­ready established by regional projects like the South Asia Regional Energy Partnership (SAREP), South Asia Group for Energy (SAGE), and South Asia Regional Initiative for Energy Integration (SARI/EI). Our shared goal of an in­terconnected, energy secure South Asia is su­pported through specific country progra­m­mes in Nepal, Bangladesh and Sri Lanka. Our actions build the technical capacity of our p­a­r­tners to scale up and integrate renewable en­ergy technologies, incentivise energy effici­en­cy standards, support clean and sustainable su­pply chains and transport systems, and re­d­u­ce emissions of powerful but short-lived cli­m­ate pollutants, like methane and nitrous oxide.

Creating an attractive investment climate for low emission technologies and infrastructure is essential for ensuring a successful clean energy transition. The mobilisation of climate finance can drive localisation efforts because it helps governments and private sector entities avoid accumulating unsustainable debt as they pivot to climate-friendly investments. Ac­c­ordingly, USAID supported the development of India’s first green bonds as a solution to address the in­vestment gap in renewable energy in the Indian market. Today, India has beco­me the world’s second-largest market for green bonds, but much untapped potential still exists. USAID is continuing to build that potential through support for India’s first sovereign green bond, which will be issued this year.

To be successful, our collective effort to mitigate greenhouse gas emissions while expanding acc­ess to affordable and reliable energy must im­pro­ve the welfare of the poorest and empower those striving for equality. We are committed to engaging with local communities, not just national governments, on long-term roadmaps for sustainable change that consider local contexts, increase gender equality and social inclusion, strengthen local institutions, and evaluate the social benefits and costs of proposed pathways. As the energy sector is among the most ge­nder imbalanced sectors in the region, USAID’s Engendering Industries programme is partnering with key utilities to design gender equitable workplace initiatives that expand tangible economic opportunities for women, such as access to technical and leadership positions, increases in pay equity, and promotions, in India’s energy sector while advancing the business goals of each company.

Around the world, poor communities are not only suffering from the impacts of climate change most acutely, but they have long been exposed to the side effects of dirty energy production. The Clean Air Catalyst program is working in the city of Indore to better understand the different sources of air pollution and their impacts on climate, gender equality and health, with a focus on sources that have a disproportionate impact on women, low-income and marginalised communities. These groups will then be included in the development of air pollution solutions to ensure that their priorities and needs are met.

Through USAID’s new strategy coupled with a longstanding foundation of climate and environment programmes around the world and in the South Asia region, the Agency is looking forward to doing all we can to advance equitable and am­bitious actions to confront the climate crisis toge­ther with our partners and allies around the world. Our future depends on it.

This blog is the first of a series titled Catalysing South Asia’s Clean Energy Transition. It has been led by USAID/India with facilitation support from implementing partner United States Energy Association. It has been published as part of its South Asia Regional Energy Hub (SAREH) programming.