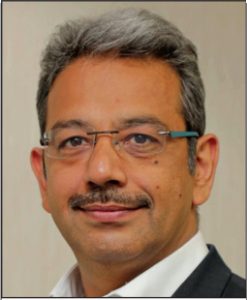 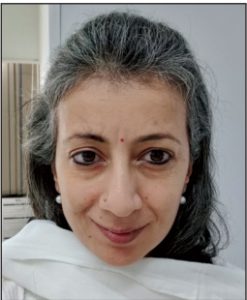 The South Asian countries have been engaged in cross-border electricity trade (CBET) for over a decade now through bilateral transactions. India currently trades 18 billion units (about 3,500 MW) with its neighbouring countries through medium- and long-term bilateral contracts. In a forward-looking development following the notification of CBET Rules in February 2021 by In­dia’s Central Electricity Authority (CEA), the Indian Energy Exchange (IEX) commenced CBET on its platform in April 2021. This first-of-its-kind initiative in South Asia is aimed at building a regio­nal power market. Through CBET, IEX cu­rrently facilitates electricity trade with Nepal and Bhutan, while Bangladesh is also expected to come on board soon. There is a plan to include other neighbouring countries such as Myanmar and Sri Lanka in the future, once robust grid connectivity is established. The South Asian region presents a great opportun­ity to link economies through an integrated regional power market, which re­quires strengthening transmission co­n­nectivity and access, thereby facilitating energy security and helping achieving greater economic prosperity.

Although the macro-economic growth prospects of the countries in the South Asian region remain strong, they conti­nue to face challenges in terms of energy access, low per capita consumption of electricity, energy pricing and maintaining power demand-supply balance. India has a per capita electricity consu­mption of around 1,200 units – about a third of the global average of about 3,200 units – while it stands at 422 units for Bangladesh, 270 units for Nepal and 650 units for Sri Lanka. This highlights a huge gap in energy access and consu­mp­tion in these countries with respe­ct to the world average. South Asi­an co­un­tries thus continue to face challenges in enhancing their energy security acc­ess due to heavy dependence on expensive oil and gas impor­ts, which leads to signi­ficant outflow of precious foreign ex­ch­ange. The South Asian region itself has ma­ny untapped resources, including unutilised hydropower potential in Bhutan and Nepal. Further, the installed generation capacity in India and Bangla­desh, coupled with the large up­co­ming renewable energy capacity in the region, could support the aspiration of developing a sustainable, economic and integrated energy model for the long-term prosperity and economic success of the region. CBET and inter­con­ne­cted power grids can lower electricity costs, improve reliability and redu­ce carbon emissions, while increasing the share and synergies among clean energy resources, particularly hydro, wind and solar.

In Nepal, the yearly demand for electricity stands at 9 BUs. Nepal’s energy de­pen­dency on hydro is over 85 per cent. Hence, to meet the seasonal generation gap and dry season demand, the country can effectively leverage the exchan­ge-based power market to meet its energy requirements along with optimising surplus power sale during wet season. In financial year 2021-22, Nepal traded 818 MUs of electricity through the IEX platform, including 786 MUs bought and 32 MUs sold.

Nepal is interconnected with India at various places through 11 kV, 33 kV, 132 kV and 220 kV lines. For the transfer of bulk power, a link between India and Nepal through Dhalkebar (Nepal)-Mu­za­f­farpur (India) 400 kV D/C transmission line has been established. A total of about 700 MW of power is being supplied to Nepal through the interconnections. Further, the 400 kV D/C Gorakh­pur (India)-Butwal (Nepal) line, the 400 kV D/C Dhalkebar (Nepal)-Sitamarhi (India) line, the 132 kV D/C Nanpara, Bihar (India)-Kohalpur (Nepal), the stri­n­ging of the second circuit of the 132 kV Kataiya (India)-Kushaha (Nepal) line and the 132 kV Raxaul (India)-Parwan­ipur (Nepal) lines have been agreed up­on. Once these transmission lines be­come operational, the robust grid infrastructure will facilitate a large quantum of power transactions between the two neighbouring countries.

In Bhutan, the yearly demand for electricity stands at 2 BUs. At over 98 per cent dependency, Bhutan is entirely dependent on hydropower to meet its en­ergy needs. Just like Nepal, Bhutan can also le­ve­rage the exchange market to meet its seasonal generation gap and dry season demand. For financial year 2022, Bhutan has procured 240 MUs of electricity through the IEX platform through Druk Green Power Corporation Limited. India and Bhutan are already connected through various 400 kV, 220 kV and 132 kV lines, mainly for trade of about 2000 MW of power from the Tala HEP (1,020 MW), the Chukha HEP (336 MW), the Kuri­chu HEP (60 MW) and the Man­g­dechu HEP (720 MW). Further, the Pu­na­tsangchu I (1,200 MW) and the Puna­tsangchu II (1,020 MW) HEPs in Bhutan are expected to be commissioned by 2024-25. The transmission system for the transfer of power from these projects to India is already in place. With the com­missioning of these HEPs, the po­w­er transfer between Bhutan and India would be enhanced to about 4,200 MW.

In Bangladesh, the monthly demand for electricity ranges between 5 BUs and 6 BUs, and the yearly demand is pegged at 76 BUs with a per capita electricity consumption of 422 units. The average cost of power generation is high at over BDT 6 per unit in Bangladesh, as the country relies majorly on oil and diesel gen-sets for its generation. The IEX day-ahead market average price for financial year 2020-21 was Rs 2.82 per unit (BDT 3.22 per unit) and for financial year 2021-22, it has been around Rs 4.30 per unit (BDT 4.90 per unit). Day-ahead market prices are far more competitive when compared to the heavy fuel oil generation cost in Bangladesh, which is as high as BDT 17 per unit. This provides Bangla­desh an excellent opportunity to replace costlier generation with day-ahead market procurement, while reducing the overall cost and passing on the savings to the end consumers.

When it comes to connectivity, the existing transmission links are the 400 kV D/C link between Baharampur (India) and Bheramara (Bangladesh) and the 400 kV (operated at 132 kV) interconnection between Surajmaninagar (Tri­pu­ra) in India and Comilla in Bangla­desh to allow for exchange of power bet­ween the two countries. Also, a 765 kV double circuit cross-border electricity in­terconnection between Katihar (In­dia), Parbotipur (Bangladesh) and Bor­nagar (India) is currently under de­ve­l­op­ment, which will further increase the scope for power trade.

India shares geographical boundaries with nearly all of the South Asian countries. With 395 GW of total installed ca­pacity and around 106 GW of renewable capacity, India has ample generation capacity to meet both its domestic en­ergy supply requirements as well as export its surplus power. The importance of regional cooperation in the power sector is reflected in various initiatives across the globe that have strengthened CBET co­operation. In Euro­pe, the Scandina­vi­an countries have established a common power pool, forming part of the integrated European electricity market. Here, the wholesale electricity market re­lies on large bidding zones to create a reliable and transparent price signal. A maximum amount of liquidity is pooled in all market areas and electricity flows according to the price signal, from the cheaper region to the more expensive one. In this way, interconnectors are us­ed effectively, and price peaks are attenuated to ensure the security of supply.

As per India’s leading energy think tank, Integrated Research and Action for De­velopment, the power transfer potential of CBET, currently at 18 BUs, is estimated to increase to 100 BUs by 2030. Thus, competitive, transparent, efficient and flexible power procurement through the exchange has immense opportunity. Over the past decade, power exchanges in India have led the transformation

fr­om front-benefitting generators, po­wer utilities, and industrial and commercial consumers through transparent, competitive and flexible procurement of po­wer. The power market, by virtue of its diverse market-based segments and pro­ducts, has helped distribution utilities save millions of rupees and has also contributed to efficient power plant operations at the national, regional and state levels. With a robust policy and regulatory framework, coupled with a competitive exchange-based spot market, India is well positioned to lead energy se­ctor cooperation and development initiatives in the South Asian regional power market.