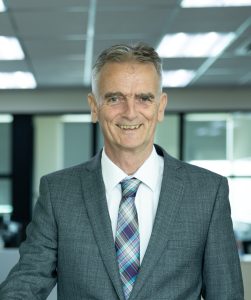 The economics of solar-plus-storage systems in energy production continue to improve around the world. Even so, there are some lesser-known hardware and software strategies that can be deployed to significantly increase revenues.

As the collocation of energy storage with renewable energy becomes universal, power producers are looking for creative ways to harness greater efficiency and sell into new energy markets to increase the value of their assets.

By itself, solar is non-dispatchable, requires ramp up and ramp down generation elsewhere on the grid, and needs flexible resources to fill in the intermittency and variability of power output. But when paired with solar, energy storage guarantees that reliable renewable power is readily available, complemented with balancing engines to ensure that the system is optimised.

The cost of energy generation from a solar-plus-storage facility has been declining rapidly around the world in recent years. On average, the cost has dropped from over $350 per megawatt-hour (MWh) in 2015 to less than $60 per MWh for projects expected to be commissioned beyond 2022. Plus, improvements in photovoltaic (PV) panel efficiency and the availability of larger panels have significantly increased the power and energy density of utility-scale solar plants over the past decade. According to a study in the Institute of Electrical and Electronics Engineers Journal of Photovoltaics, median power densities in 2019 were 52 per cent higher for fixed-tilt plants and 43 per cent higher for tracking plants than in 2011. Meanwhile, median energy densities rose 33 per cent for fixed-tilt plants and 25 per cent for tracking plants over the same period. As cost reductions and output improvements continue, solar-plus-storage systems will continue to become more competitive on a levelised cost of energy basis in comparison to conventional resources.

About 99 per cent of all solar-plus-storage facilities globally are alternating current (AC)-coupled, where the battery system and PV plant are connected to separate inverters in parallel. But by reducing the number of AC/direct current (DC) conversions in a solar-plus-storage system, power producers can reduce inefficiencies and improve revenues.

However, there are some applications where AC-coupling remains the most cost-effective strategy. For example, AC-coupling is more appropriate for large solar plants collocated with small energy storage systems because the energy being stored will be highly impacted by efficiency losses. Additionally, if the same battery is going to be used by other generation sources, DC-coupling would increase efficiency losses due to the impact of power flows at the AC/DC conversion stage. Power producers should also be aware that DC-coupled systems typically do not satisfy contractual obligations in some regions requiring a clear demarcation between the metering of solar panels and the battery.

DC-coupling is especially useful for making energy shifting, one of the most popular use cases of solar-plus-storage projects, more profitable. DC-coupling allows power producers to avoid production curtailment by storing power that would otherwise be “clipped” in the battery. To maximise plant productivity, the amount of PV panels deployed is always higher than the rating of the AC/DC inverters. When maximum power is reached on AC-coupled systems, the surplus production energy over the inverter threshold is lost. But with DC-coupled systems, the “clipped” energy can easily be stored in the battery.

By storing solar energy directly in the battery, project owners can generate additional revenue by selling power to the grid at night upon discharging the battery. Applications such as energy shifting, in which the batteries are charged and discharged frequently, benefit the most from the minimal efficiency losses that DC-coupling provides, compared to a direct consumption application.

The trend towards DC-coupled systems pairs well with a growing preference within the industry for prefabricated modular battery enclosures. Modular energy storage systems are highly optimised for DC-coupled systems, since the battery can be connected to inverters that are distributed across the entire PV field rather inexpensively, compared to standard 40 ft containers.

Demand for modular systems is growing for both DC- and AC-coupled systems, and for good reason – modular battery design can significantly reduce labour and equipment costs. With prefabricated modular systems, batteries are loaded into modules at the manufacturing facility, unlike container-based solutions, where equipment is installed in the field.

Greater system efficiencies translate into greater energy yield. As new energy markets emerge, those yields can become new sources of revenue. However, the future of solar-plus-storage is more than just hardware; software optimisation is a critical next step to ensure that utility-scale storage systems coupled with renewables are fully optimised.

Smart energy management systems can support a variety of applications to maximise the value of the energy produced by a power plant. Leveraging weather, use-case, historical system performance and battery data, energy management software can forecast how much power an adjoining plant will produce, and take advantage of/balance for price variations, among other insights.

The ability to manage complexity is of the utmost importance when new system designs are implemented. DC-coupled systems are inherently more complex and require additional, although less expensive, components compared to AC-coupled systems. Software is needed to orchestrate the operation of both the PV inverter and the DC/DC converter and ensure compatibility to provide the desired outcome for the plant operator.

Due to the increased penetration of clean power and trends in mass electrification, including the anticipated surge in electric vehicles, it is critical for energy and solution providers to continue to innovate to meet demand while ensuring grid reliability and affordable power prices. There is a significant opportunity for power producers to save resources by implementing optimisation strategies, ultimately benefiting the bottom line. DC-coupling, modular design and energy management software are key optimisation strategies that we are confident will continue to generate meaningful returns for power producers.