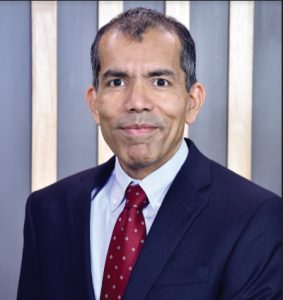 As global CEO of Hero Future En­­­er­gies (HFE), the renewable en­ergy arm of the Hero Group, Sri­vat­san Iyer’s mission is transitioning people and businesses to a more sustainable future. His primary role is to strengthen HFE’s presence in domestic markets and grow its global presence.

His vast experience of working for seve­ral blue-chip companies across the wo­rld, his knowledge of business drivers in various economies and his ability to strengthen businesses in new geographies and collaborate effectively across cultures are valuable assets as he leads HFE and transforms it into a global organisation.

Iyer is optimistic about the current state of India’s power sector, predicting the increasingly significant role of renewable energy in the coming decades.

India, the world’s third-largest producer and consumer of electricity with a generation capacity of approximately 400 GW as of March 2022, is on the brink of a ma­jor transition, Iyer notes. With the go­vernment announcing targets of net zero emissions by 2070 and 500 GW of non-fossil fuel-based capacity by 2030, almost all new capacity addition needs to come from renewable energy. With the increase in renewable energy, the inherent variability in generation increases and needs to be suitably accounted for and controlled by the deployment and integration of grid-scale storage, round-the-clock and firm power projects.

In addition, Iyer points out, T&D systems need to evolve to account for both transmission of power from resource-rich areas to demand centres as well as bidirectional power transmission due to the increased proliferation of distributed generation systems. The increase in renewable energy capacity also requires a supporting manufacturing ecosystem to fuel its growth.

The government has stepped in at the right time with well-designed PLI sche­mes for solar and battery manufacturing. These measures, coupled with the basic customs duty (BCD) and Approved List of Models and Manufacturers (ALMM), will disrupt the sector’s growth in the short term, but Iyer is “confident that the government and the industry will find a reasonable path forward to meet the ambitious renewable energy targets”.

Iyer is appreciative of the critical role played by government support and a favourable policy ecosystem in developing the renewable energy sector up to the point where it is now independently co­mpetitive with conventional generation sources. He predicts that these factors will continue to play an important role, supporting the development and de­ployment of technology solutions su­ch as long-term energy storage and gr­­een hydrogen to address more co­m­p­lex problems of tomorrow, while providing a more level playing field and a free market for all players across the renewable energy value chain.

Iyer notes that the power sector in India has seen significant growth in the past couple of years, especially in the renewable energy space, with almost 110 GW of renewable generation assets in operation, 55 GW under deployment and an­other 33 GW under bidding. However, he adds, the sector needs to address some long-standing structural issues to en­su­re that growth is in line with these expectations, especially the goal of 500 GW of renewables by 2030.

What is the way forward for the power sector in the short and long terms? Iyer offers some suggestions – discom re­struc­turing, regulatory reforms, operational reforms, technology adoption and grid expansion.

Similarly, long-term policy visibility and reduction of additional transmission charges and cross-subsidy on commercial and industrial (C&I) consumers will help promote investment in open access capacities, critical for the growth and decarbonisation of the C&I sector.

In addition, long-term policy stability at the state and central government levels will help evolve and implement mechanisms to streamline state policies and regulations, he says.

India has one of the largest renewable energy expansion plans globally and has set targets to reduce its total projected carbon emissions by 1 billion tonnes by 2030, cut the carbon intensity of the eco­nomy to less than 45 per cent by the end of the decade, and achieve net  zero carbon emissions by 2070. Iyer acknowledges that these are very ambitious nu­m­bers for a developing economy of India’s size, but believes that “ambitious targets are a cornerstone for real accelerated growth”.

He adds, “At present, we have almost 110 GW of renewable energy excluding ab­out 55 GW of large hydro. For this number to reach 500 GW by 2030, we need to see 40-50 GW of additions per year. Tho­ugh we have seen the pace of deployme­nt ramp up significantly from financial year 2021 to an all-time high of around 15 GW of wind and solar capacity addition, near-term disruptions due to global commodity pricing, imposition of BCD and ALMM, etc. may prove to be a dampener to new capac­ity addition in the short term. However, we are hopeful that the government will soon come up with policies and measures to ensure that developers and IPPs are able to de­ploy the required capacity in a timely manner to achieve India’s 500 GW rene­wable energy goal by 2030.”

For India to achieve its net zero target by 2070, it is essential to decarbonise the Indian economy, and the cornerstone of these efforts is the decarbonisation of the C&I sector, says Iyer. Ac­hie­ving this goal requires concerted efforts on both the demand and supply sides. “Incen­tives for moving to green energy, along with easy access to open access renewable energy, will significantly speed up decarbonisation,” he observes.

Iyer honed his work ethic, personality and leadership style while working in various countries. His most memorable assignment was moving to Germany from the US for a business assignment, which proved to be a great learning op­portunity. “It was a sea change in terms of integrating into a new culture and business environment, with significantly different ways of doing business than what I was accustomed to. It in­volved significant adjustments in both my personal and professional relationships in order for me to be successful,” he says.

Iyer brings this flexibility and adaptabi­lity to his passion for recruiting and developing talent and strengthening organisational capability. His management style is goal oriented, collaborative and pragmatic. “I am very performance and result focused in terms of my expectations from my team. I work with my team to develop a combined vision and then delegate authority and responsibility effectively to help them achieve it,” he says. He is a firm believer in the maxim “Hire good people and trust them to get the job done” as the most effective way of getting the best out of people.

The most rewarding aspect of Iyer’s job, which makes it all worthwhile he says, is working with people he likes and res­pects to build a cleaner and better wo­rld for the future.

While striving to achieve a sustainable future, Iyer is cognisant of the need for downtime and relaxation. “It is critically important to maintain a work-life balance in order for people to show up to wo­rk energised day after day and perform at 100 per cent of their potential,” as­serts Iyer. He recharges and stays motivated by doing things that he enjoys – re­ading a book or going for a morning run.