At the recent India Energy Transition Summit 2022, organised by FICCI, in collaboration with the Ministry of Power, the Ministry of New and Renewable Energy and NITI Aayog, R.K. Singh, union minister for power, new and renewable energy, spoke about the recent power sector reforms, the country’s plans for advancement in the green energy space, as well the outlook for the sector. Excerpts… 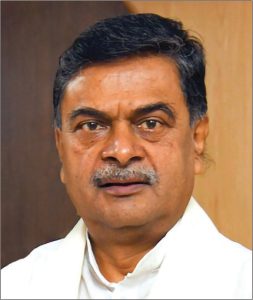 India’s per capita emissions are a third of the global average. We are the only major economy to have achieved one of our Nationally Determined Contributions (NDCs) eight to nine years in advance. At COP21, we pledged that by 2030, 40 per cent of our capacity will come from non-fossil fuel-based sources. This was achieved in November 2021. We also pledged to bring down the emissions intensity by 33 per cent by 2030. At the time of last measurement in 2018, India had already brought it down to 28 per cent, and is expected to have crossed the target by now. Hence, it upped its target at COP26 to establishing 500 GW of renewable energy capacity by 2030, which would account for 63.3 per cent of the country’s projected capacity. Moreover, India is committed to reducing its emissions intensity by 45 per cent by 2030. As of May 2022, the country’s installed non-fossil fuel-based capacity stood at around 160 GW (excluding nuclear power of 6.7 GW). India has largely succeeded in meeting its commitments and continues to achieve the newly set targets as well.

The growth achieved by the Indian power sector is unparalleled, especially the transition from energy-deficit to energy surplus and scale up of renewable capacity to a substantial extent. Although we have surplus capacity in the sense that we have an installed capacity of 400 GW and the maximum demand till date is only 215 GW, in the last few months, India’s energy demand exceeded its generation owing to fuel-related issues. The energy demand will go up to the new baseline of 205 GW from the earlier benchmark of 165 GW.

There is sufficient generation capacity to meet the power demand without any issue. The capacity utilisation factor and plant load factor of thermal power plants (TPPs) have been suboptimal at around 50 per cent, and must be increased. Currently, the major problem is getting the coal produced for TPP units more rapidly. In the medium term, India needs to streamline and improve the pace of commissioning new coal mines, and expand the existing ones to extract maximum coal. We need to overcome hurdles such as land acquisition and environmental clearances, and bring our coal mines into production much faster.

The power ministry has put in place a system whereby the payment mechanism has become more secure. Now, if the discoms agree to pay on time and convert their legacy dues into instalments, then the late payment surcharge (LPS) will be suspended for the period that the instalments are paid on time. However, if they miss an instalment, then LPS will restart again. If they do not pay and default their current dues by 45 days and do not pay their instalment, then their access will get cut. First, short-term access will go and then medium- and long-term access will get reduced by 10 per cent every month. This will help gencos as they fail to invoke letters of credit in case of non-payment by discoms.

We have the largest and fastest growing renewable energy capacity and the fastest rate of transition in the world. I am certain that we will be able to sell renewable energy with storage at Rs 6.50-Rs 7 per unit and there will be demand for round-the-clock renewable energy even at that rate. The government will bring down the price of storage and further add storage. Energy storage is an upcoming and vital component necessary for facilitating energy transition. Complete energy decarbonisation and transition is only possible with a widespread introduction of energy storage. The government has introduced the production-linked incentive scheme for storage so as to bring down the prices. Moreover, it has invited one of the largest bids for storage in the world. The favourable policies and growing investments in storage are expected to rapidly bring down the price of energy storage, while it may initially require viability gap funding. India is extremely serious about fulfilling its commitment to NDCs and decarbonising energy. Hence, it will push forward with investments in energy storage. 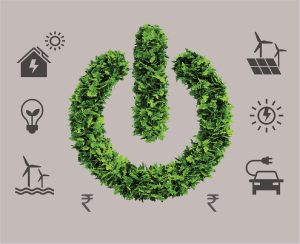 The Ministry of Power (MoP) is making open access to renewables-based sources free for installations of capacities above 100 kW. With this, industrial consumers with captive thermal capacity are expected to shift to renewable energy-based installations, either near their operations or in solar-favourable states such as Gujarat as open access and transmission charges, that is, wheeling charges, have been waived. This measure will also help players without captive capacity to procure electricity at a low cost instead of procuring it at Rs 7-Rs 8 per unit. Open access to electricity should not be impeded by artificial barriers such as additional surcharge put in place by regulators or discoms or states.

Other measures to promote renewable energy

India has emerged as one of the leading and most attractive destinations for renewable energy investments. The Supreme Court has squashed some power purchase agreements (PPAs) that were fiddled with by the states to take advantage of developers. The MoP, taking cognisance of these cases, has brought out a more standardised and uniform PPA template that has been circulated to all the states. The MoP aims to incentivise adoption and growth of renewable energy by easing the determination of sites put up for bidding. Currently, the land and blocks for renewable energy installations are identified by undertaking a series of consultations with the SECI and the MNRE. In the upcoming model, the MoP proposes to create a committee comprising industry players, as they will be the ultimate developers, to determine the land parcels and blocks for renewable energy installation. The government will then invite bids based on the proposals of developers, with project sizes varying from 1,200 MW to 2,000 MW for solar, wind and solar-wind hybrid capacity.

Amendment to the Electricity Act, 2003

The government is likely to introduce amendments to the Electricity Act in the monsoon session of Parliament. The amendment will have two to three additional provisions. One of the provisions is increasing the penalties on the renewable purchase obligations (RPOs). In any case, the market is not an issue; the demand has increased so much that people will buy electricity. In case the PPA holder is not buying power, it can be sold in the market. Backing down will also attract penalties. The market is going to grow and become more vibrant because the size of our products is increasing. The amendment to the act will add penalties for non-compliance with the RPO.

We are also focusing on the development of hydropower, which is necessary to balance the renewables. We have almost finalised agreements with Arunachal Pradesh to start the development of about 30,000 MW of hydropower, besides the development of five hydro power projects in Jammu & Kashmir. We believe that energy from renewables will be cheaper and cleaner than energy from fossil fuels. Most developed countries have exploited 70-90 per cent of their hydro potential while we are at 10-15 per cent. Developing hydropower, which is totally green, also helps the environment, is essential. Aerial snapshots of the catchment areas of any dam will show that they are now greener than before the dam was constructed. Besides, the water level has gone up and drinking water problems have been sorted. N