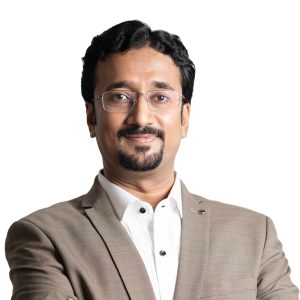 Power is a vital lifeline for every nation’s economic, social, human and sustainable development. Power generation capacity and its consumption are in fact, amongst the most important indices while measuring a country’s development.

It is simply indispensible for the very sustenance of life on earth given that power fuels all aspects of life right from a light bulb in a small household in a rural village to large manufacturing units in sizeable industrial organisations.

In this era of climate sensitive development paradigm, the world is rapidly moving from Petro Economy to Electro Economy, which is pushing for maximisation of end-use electrifications; including indirect electrifications of hard to decarbonised sectors through green hydrogen as the career of renewable. This emphasises the ever-increasing importance of power sectors in coming years.

In India, power is an imperative sector and a crucial component for the country’s economic development. It is amongst the most diversified in the world. India is today the third largest producer and consumer of electricity in the world. It also has the fifth largest installed capacity in the world. The sector has made significant inroads in the last decade growing its capacity from 20 0GW in 2011-12 to 370 GW by 2019-20. As per a Central Electricity Authority (CEA) study, the expected power installed capacity till 2030 is 817 GW, with gross generation of 2,518 BU, leaves a huge space of greenfield development and scope for climate neutral technologies deployment. This was duly highlighted in Prime Minister’s declaration in Glasgow, committing 500 GW of installed capacity from renewable energy.

The one frailty of the mighty

The power sector sadly is one of the largest sources of energy related greenhouse gas (GHG) emissions globally, accounting for about two-thirds of the total global emissions, which is the leading cause of climate change.

As the consumption of power continues to soar, its emissions will also continue to rise if not curbed. With India’s economic rise, the demand for energy has grown at an average of 3.6 per cent, per annum over the past 30 years. Electricity consumption in Indian homes have tripled since 2000 and it is predicted that in the next two decades, the lumen hour demand in India is expected to increase by 82 per cent in residential buildings and by 54 per cent in commercial buildings. It is therefore critical to adopt energy efficient alternatives to ensure energy savings.

Limiting global warming to 1.5 degrees Celsius as capped under the Paris Agreement’s target, demands a dramatically different power sector – one that helps reduce overall GHG emissions by about 7.6 percent per year globally. To achieve this goal, we will have to transition to clean energy alternatives at unprecedented scale, while continuing to support the growing demand across end-user sectors like – transport, industry, buildings et al.

There is scope to reduce the sector’s emissions and augment its potential for climate change.

Decarbonising the power sector is crucial and can easily be achieved by increasingly adopting low-carbon energy sources and climate-resilient alternatives like renewables, wind, solar, biomass, green hydrogen, hydro, tidal, geothermal etc. which can result in a corresponding reduction in the usage of fossil fuels.

Renewables form a vital component of green recovery. It is economically competitive and also holds immense potential for job creation. There is dire need to increase the share of renewable power to at least 40 per cent in the quantum of total power generated to help reduce the consumption of coal.

As the world moves ahead, the growth should be equitable and that the poor in the country should not be denied their right to development in this new energy future.

India on a mission – Transitioning from Coal to Green

In line with its net zero commitment of 2070, India has made reasonable progress for a massive transformation of its energy systems, which is futuristic and also enables strong compliances for achieving global climate change goals.

Though India opposed the target of phasing out of coal, the country has been aggressively enabling the phasing down of coal.  India is amongst the first signatories of the Paris Accord and the INDC published by India states an emission intensity reduction in the range of 33 – 35 per cent of gross domestic product (GDP) and 40 per cent power generation capacity to be contributed by renewable power by the year 2030.

India touched nearly 110 GW of renewable energy by the end of March 2022 and it has further committed $35 billion of the $122 billion in energy-related funding to renewables, almost twice the amount allotted to fossil fuels. The government also released the Green Hydrogen Policy, which will enable the country to emerge as a global manufacturing hub for green hydrogen.

In a bid to increase the off take of renewable power, the Government of India also introduced renewable purchase obligation (RPO) which mandates electricity distribution companies to meet a part of their requirement from renewable power sources. Under RPO, bulk consumers of power ranging from discoms, open access consumers and capacitive users are required to by a certain proportion of renewable energy certificates (RECs) through which they will meet their RPO target. One REC is created when one MW of power is generated from renewable sources.

The country has also invested heavily in recent years on renewable sources of energy such as wind and solar energy. Renewables form a vital component of green recovery. It is economically competitive and also holds immense potential for job creation. It is estimated that by 2030, India could create as many as 3.4 million new clean energy jobs providing employment to over a million people.

India also has the potential to become a manufacturing hub for upcoming technologies like green hydrogen and energy storage. It is envisaged that, with proper technology innovations, the world may poise towards a hydrogen economy by mid of this century. As a fuel, green hydrogen is one of the cleanest sources of energy that can replace the fossils in important sectors like hard-to-abate industries, e.g. steel, metallurgy, chemical, fertiliser, and long-haul road transportation, aviation, and shipping amongst others. It is also a very good energy storage solution, which is critical for maximising renewable energy integration.

These reforms together will enable India to not only maintain its rapid expansion of renewable energy to provide clean, low-cost power to its people but would also significantly contribute to the world offset targets that can help achieve the aggressive target of capping global warming to within 1.5 degrees Celsius.

While coal may continue to be mainstay in India’s power sector, the country is striding to a future that ensures an increasingly efficient use of coal for the reduction of GHG emissions. Ambitious reductions in coal usage can help reduce CO2 emissions from the coal-based power sector by 22 per cent enabling significant climate change, in addition to limiting climate change over time.

Decarbonisation strategies also offer other benefits that can enable the development of a sustainable future these include employment generation, accelerated energy access for all, economic and social development in remote areas, and improved resilience.