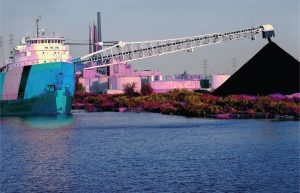 The last three decades, the shortage of imported coal, limited increase in domestic coal production and a substantial 25 per cent rise in demand since March 2019 have led to insufficient inventory of coal with In­dian power plants in recent months. The average coal stock at coal-based power plants stood at seven to nine days in April 2022, with an inventory of 23 million tonnes (mt), almost a third of the ideal coal stock level. (Considering de­mand conditions and the capacity utilisation of thermal power plants [TPPs], around 90 mt of coal is needed as per the guidelines of the Central Electricity Regulatory Com­mission [CERC], which require inventory levels of 12-16 days for TPPs with pithead mines and 20 days for TPPs with non-pithead mines.) The problem of insufficient coal inventory has been further exacerbated by the heat wave in April and May. The coal crisis forced several discoms to cut electricity supply and resort to blackouts.

In light of the critical situation, the Mi­­nistry of Power (MoP), on May 11, 2022, invoked the emergency provisions of Section 11 of the Electricity Act, 2003 and introduced norms mandating all gencos, including those based on do­me­stic coal, to import at least 10 per cent of their requirement for blending. Section 11 of the act allows the government to direct gencos to operate and maintain output in accordance with the target given by it. These emergency provisions are applicable until April 2023. Impor­tantly, the notification also directed gencos to operate at full capacity in the co­m­ing months so as to meet the resurgent demand. Further, on May 18, 2022, the MoP directed the CERC to allow po­w­er generators to blend up to 30 per cent of imported coal until March 31, 2023 as it is in the public interest to en­su­re continuous power supply.

A closer look at the recent policy measures announced to address the current coal crisis in the county….

The power ministry, in consultation with the states, has asked the Central Elec­tri­city Authority (CEA) to create standard operating procedures for blending im­ported coal with domestic supply. The blen­ding process followed at NTPC Li­­­mited and Damodar Valley Corpora­ti­on (DVC) will be analysed to devise a pan-Indian mechanism.

In May 2022, NTPC invited bids to procure 4.53 mt of imported coal, mainly for blending with domestic dry fuel in thermal plants. The company has been mandated to procure 20 mt of imported coal in 2022-23. It has invited bids for procurement of 1.43 mt of imported coal on a freight on road power station basis for NTPC plants at Vindhyachal, Rihand, Singrauli, Khargone, Dadri, Tanda and Unchahar. Bids have also been invited for the procurement of 1.6 mt of im­por­ted coal on a power station basis for NTPC’s plants at Talcher, Kaniha, Fara­kka, Kahalgaon, Barh, Barauni, Bongai­gaon, Simhadri and Ramagundam.

The notification issued by the MoP on May 11, 2022 also included provisions for reactivating imported coal-based (ICB) power plants that are stressed and un­der­going resolution through the Natio­nal Company Law Tribunal. The MoP di­rected the Power Finance Corpo­ration and the Rural Electrification Corporation to take necessary action to arrange sho­rt-term loans for a period of six months, with adequate safeguards. The amount extended to these stressed ICB plants will be used as working capital for operationalising these plants. The provisions pertaining to reactivation of stressed and under-resolution ICB pla­nts will be effective until October 30, 2022.

Taking into consideration the financial limitations of coal-based TPPs, the notification incorporated provisions for the pass-through of the increased cost of imported coal, in accordance with Sec­tion 63 of the Electricity Act, 2003. This section enables gencos to raise tariffs in case of a change in variable costs such as fuel despite long-term PPAs, subject to determination by the state governments and discoms. The extent of pass-through of tariffs to discoms will be computed using the formula specified in Regula­tion 43 of the Central Electricity Regula­tory Commission (Terms and Condi­tions of Tariff) Regulations, 2019.

The increase in imported coal costs in the past few months as well as the expedited procurement of imported coal in the spot market will drive up fuel and generation costs enormously. NTPC expects this will push fuel costs up by Rs 7-Rs 8 per unit and lead to an in­crease in final tariffs of up to 50-70 pai­se for the consumer.