As a major reform initiative, the Gov­ernment of India proposed to delicense the distribution sector and open up the electricity retail supply market for competition, thereby vesting consumers with the power to choose their electricity supplier. The proposed ch­anges were to be implemented throu­gh the Electricity (Amendment) Bill, 2021, with the aim to turn around the per­­­formance of discoms that are still reeling from huge financial losses and are dependent on government schemes, launched from time to time for bailing them out of the financial crisis.

Despite several attempts made by the go­vernment over the years to reform the sector including the recent Revamped Dis­tribution Sector Scheme with an outlay of Rs 3 trillion, the efficiency issues in the sector remain unaddressed. They cannot be resolved unless competition is made a reality and the proposed delice­nsing model plays a key role in the same.

While the proposed distribution delice­nsing model has many welcome features with defined timelines such as specifying minimum area of supply; timelines of registration and cancellation; role of the National Load Despatch Centre (NLDC), the Central Electricity Regulatory Com­mission and the state electricity regulatory commissions (SERCs); non-discriminatory open access; payment security for power purchase; tightened regulatory timelines for tariff process and pe­nalties for RPO non-compliance, we believe certain elements need to be ta­k­en care of while formulating the ope­ra­tional road­map/framework to make the delicensing model a success.

At the outset, there is a need to define a framework for ceiling tariff determination that would improve new distribution companies’ interest in the delicensed market. To set the ceiling tariffs, the SERCs/CERC should define the various components of the tariff. A study may be carried out by the regulator to set a benchmark cost, either at the regi­onal level (state-wise) or at the national level, for each of the components that contributes to the ceiling tariff, based on analysis and taking into consideration the historic costs of pre-audited acco­unts of the various state-owned as well as private discoms.

The second important focus area should be to open up the wholesale power market for power procurement. New distribution companies will be operating in a competitive market, whereas both ends of the value chain are regulated – the who­lesale market on one end, where po­wer purchase happens mostly through long-term PPAs and Section 63/62 of the act, and regulated tariff as determined by the respective SERCs on the other. To enable competition, a phase-wise me­cha­nism needs to be formulated by creating a wholesale power market at the regional/state level, which could be gra­dually scaled up to the national level.

The next important thing is to establish a robust energy accounting framework at the LT level. 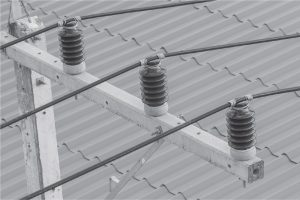 The formulation of a fra­mework for determining voltage-wise losses will help the new distribution co­mpanies in accurately estimating the cross-subsidy level and also helping the regulator in setting targets for a gradual reduction of cross-subsidy in the long run. Further, with multiple suppliers in a single area of supply and with most discoms lacking a robust consumer/network mapping framework, it is imperative that some portion of the loss component be shared bet­ween the discoms functioning in a single area of supply. Defining a clear mechanism for arriving at losses will provide them with clarity on possible incentives through efficiency gains. The SERCs may determine loss factors for various voltage levels/consu­mer categories and charge electricity retailers by multiplying the loss factor with the energy sales at the consumer premises. This would link technical losses to consumption at the consumer pre­mi­ses and it would be standardised for all retailers in a single area of supply till a robust metering in­fra­structure is in place.

The allocation of existing PPAs and the signing of new PPAs are other areas of concern. The­re is a need to provide clarity to new discoms on whether selective PPAs wo­uld be allocated in a predefined ratio or will the allocation be via a uniform bulk supply tariff which would make the market more conducive for a new distribution company. The SERCs/ CERC may ex­plore the possibility of shif­ting some PPAs or a certain part of all PPAs to the wholesale market, which shall increase competition. Further, the allocation of PPAs may need to be de­vi­sed based on the availability of power in the state, whether it is in a deficit or surplus condition.

Further, there is an inherent need to develop a clear framework with roles and responsibilities for handling me­ter-related services in the delicensed mode such as meter installation and main­tenance, meter reading, and me­ter data management, as the meter is the cash box and meter data is critical for all stakehol­ders in the distribution business. The­re is a possibility of allowing consumer metering businesses to be with retailers or evaluate the option of setting up a separate metering entity for handling meter reading and meter data management. 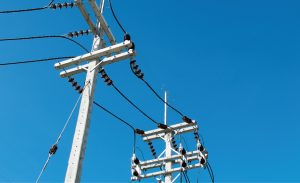 Apart from the above key areas, the CERC/ SERCs need to define clear guidelines for consumer switching and predefine the various service-level conditions, timelines, consumer lock-in period, switching frequency, switching time frame, cooling-off period, penalties for non-compliance, etc. Further, with the delicensing and penetration of private players in the distribution business, multiple opportunities and innovative business models will shape the downstream or behind-the-meter market for discoms to drive value-added services (VAS) for consumers. These models will drive the active participation of consumers in the market and help in the end-to-end integration of the power value chain. It is ne­cessary to deregulate the VAS market to make the business conducive and attractive for new discoms by clearly bifurcating the same from the revenue from power supply.

The delicensing model is certainly the way forward for ushering in competition in the distribution sector. It has the pot­e­n­tial to transform this weakest link in the power value chain. Moreover, the dre­am of providing consumers with the po­w­er of choosing their suppliers, which has be­come a common norm in other industri­es such as telecom, can only be made po­ssible by expediting the adoption of this model in this sector. We hope that the model sees the light of day very soon and the factors mentioned above are addre­s­sed while operationalising the ro­admap for making the model sustainable and attractive to all the stakeholders.