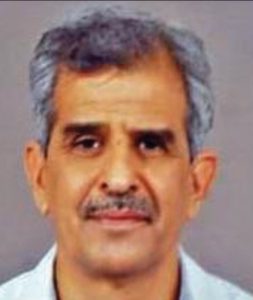 With an impressive 500 GW target to be achieved by 2030, India’s clean energy sector is headed for rapid growth. At the forefront of this massive green energy transition is the Ministry of New and Renewable Energy (MNRE), which is responsible for formulating the bulk of the policy frameworks that are enabling the country’s renewable energy expansion. Along with increasing renewable energy capacity deployments, its focus also is on ensuring more inclusive growth for future energy security. Increased efforts are being made to enhance domestic manufacturing capabilities, address long-standing issues relating to transmission, open access power procurement and distributed energy uptake, and to promote the wind and biomass segments. Newer areas of growth such as green hydrogen, offshore wind and energy storage are also being explored and promoted on a significant scale. At a recent industry event, “India @2030: A Roadmap for AatmaNirbhar Bharat in RE”, Indu Shekhar Chaturvedi, secretary, MNRE, spoke about India’s progress in the renewable energy space and the key areas of focus for his ministry. Edited excerpts…

There is substantial evidence that In­dia is expanding faster than its counterparts in the renewable energy sector. Then why is atma­nirbharta im­portant for India’s renewable en­ergy sector? There are some sectors that are strategic for India, where we would like to be self-reliant, especially against the ba­ck­drop of the current geopolitical co­n­si­derations as well as excessive reliance on one country for im­por­­ts. Further, ca­pa­city development could be gi­v­en lower importance in the short term if it means greater holistic growth in the long term.

The renewable energy industry has been identified as a sector for creating self-re­li­ance, not just in power generation but also for equipment manufacturing. We take this theme as our starting point and then see how we can achieve self-relian­ce. India’s renewable energy sector is lin­k­ed inextricably to the country’s journey of achieving net zero by the year 2070. It would not be incorrect to say th­at overall electricity generation and re­newable energy will be critical components of this journey. There needs to be a three-pronged strategy: greater electrification of the economy, a greater sha­re of rene­wables in the electricity mix, and greater energy efficiency. We need to work on all these areas to meet our im­­pressive targets.

It would be interesting to look at our journey so far and identify our strengths as well as the areas that we need to focus on more. If we consider 2014 as the baseline, our renewable energy ca­pa­city, in­clu­ding large hydropower, has more than doubled during this time period. Solar power capacity has grown by rou­ghly 20 times. We currently have 166.7 GW of ca­pa­city from non-fossil fuel sources, whi­ch must be increased to 500 GW by 2030. This is a huge target, and we need to act out of the ordinary to achieve it.

We have identified a few strengths in the renewable energy sector. First, public policy has been supportive. It would not be incorrect to state that the initial capacity additions happened with sol­ar and wind power being procured at quite ex­pensive rates, and this was an element of public policy assistance. This public policy support needs to continue more proactively for achieving our targets.

Second, India has a very strong private sector capacity in the renewable energy sector. Most of the capacity addition in the renewables’ space has come from the private sector. Investments have au­to­matically followed and the governme­nt has not had to make any extra effort to attract finance in this space.

Third, we have a strong contractual structure in place with demand aggregation and a transparent bidding procedu­re. So­me states have pioneered their own bidding systems and there is expec­ted to be a stronger movement towards state-specific bids. A strong payment security system, viable long-term tariffs and solid co­ntracting arrangements have developed over the past 10-15 years.

Fourth, we have abundant resource availability in the renewable energy space, in­clu­ding solar and wind, along with stro­ng grid infrastructure availability.

In terms of the areas that we need to focus on, we need better institutional str­e­amlining. The industry would agree that co­ordination is an issue in a substantial po­rtion of the renewable energy sector. The generation and transmission eleme­nts do not work well together. The electricity sector is part of an immensely fragmented industry that requires some institutional streamlining. The Ministry of Po­w­er, the MNRE, the Cen­tral Elec­tricity Re­gu­la­tory Commis­sion, the state regulators and the distribution companies are all a part of the system. Thus, some streamlining must be carried out, and the MNRE has alrea­dy be­gun working on it.

We need to move towards a more expansive use of firm power and more storage, whi­ch may be accomplished through te­chnological advancement and scaling up. This is already visible in the bids that were recently floated, and it will further gain traction in the future. Storage costs must be reduced since renewable energy integration will become a bigger issue in the future, and energy storage is essential for smooth grid integration. Further, a broader political and governmental con­sen­s­us is required on the need for the transition to renewable en­ergy. There also nee­ds to be a consensus on bearing hi­gh­er costs in the short term for gaining greater benefits in the long run.

As discussed earlier, public policy support will continue, especially in emerging areas of growth. Subsidy support is being ex­plo­red for newer segments such as gr­e­en hydrogen, offshore wind and energy storage. We must explore all options for inc­re­asing renewable energy capa­city as the targets are huge and every effort would make a difference.

We are trying to expand capacity in rene­wable energy parks. The industry has con­sistently expressed a desire for chan­ge in the bidding fra­m­ework for wind po­wer so that higher capacity ad­ditions are possible. India’s wind po­wer segment has been lagging despite adequate demand for wind energy. The bidding process and the overall project allocation mechanism should be examined. Regarding the Great Indian Bu­s­ta­rd issue, we have su­pported the in­dus­try in this case in the Supreme Court. Other areas of focus relate to increasing the uptake of biomass, ensuring easier op­en access transactions for meeting the re­newable energy demand and creating a fa­cilitative re­gulatory framework. These areas need to be worked upon a little more.

Regarding new areas, the hydrogen mission is at the top stage of approval now and we hope to launch it soon. Further, offshore wind tenders should be floated within the next three to four months as the preparatory work has been done.

The development of decentralised rene­wable power is also important. Capacity ad­ditions in the rooftop solar segment ha­ve been sluggish. Thus, more work ne­e­ds to be done in this space. A new por­tal is to be launched in the next few wee­ks, which should make rooftop solar up­take less complicated and more streamlined. While the uptake with respect to the PM-KUSUM scheme has been quite slow, it is expected to pick up with feeder-level so­larisation gaining traction. We need to fo­cus more on the other decentralised ap­plications in renewables that could provide livelihood opportunities, particularly to women and also reduce their drud­gery. The problem in this aspect is the coordination between different mini­s­tries, the industry and other stakeholders. However, we are trying to resolve this.

For self-reliance in solar manufacturing, the production-linked incentive (PLI) scheme is quite crucial, in addition to initiatives such as the domestic content re­qu­irement. The first tranche of PLI has be­en allocated and has been quite su­cc­e­­ssful. The second allocation, of Rs 195 billion, has been announced in the bud­g­et. We have tweaked the PLI sche­me a bit al­though the principal aim re­mains to en­­courage the production of high effici­ency solar PV technologies in the co­untry and ensure the integration of all produc­ti­on stag­es. The largest allocation is ob­vi­­ously for fully integrated end-to-end solar manufacturing, and so on for other stag­es of production. This has been fina­li­sed by the ministry and has now go­ne to the co­ncer­ne­d group of senior officials and it may go for cabinet app­ro­val soon if required. N