Delhi’s power discoms have completed 20 years of successful operations post privatisation. On this occasion, Power Line spoke to the top management of Tata Power Delhi Distribution Limited (Tata Power-DDL), a joint venture (JV) of Tata Power and the Government of the NCT of Delhi; and BSES (BSES Rajdhani Power Limited and BSES Yamuna Power Limited, JVs of Reliance Infrastructure Limited and the Government of the NCT of Delhi) to get their views on the progress achieved by the companies, the key initiatives and technological interventions undertaken as well as their future plans and key priority areas going forward. Excerpts…

How has power distribution in Delhi evolved over the past two decades? 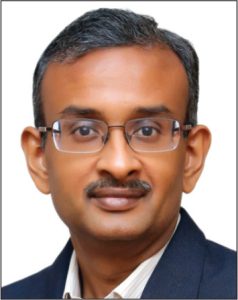 Tata Power-DDL has come a long way in the past two decades of its existence. It has demonstrated that aggregate technical and commercial (AT&C) losses can be reduced drastically by using technology, modernising systems and improving processes. It has also won the prestigious Edison Award (twice) for outstanding contribution to the advancement of the industry worldwide.

Tata Power-DDL has consistently overachieved its targets and scripted an unprecedented turnaround story. In a span of 20 years, AT&C loss levels have been reduced from 53 per cent in 2001-02 to 6.8 per cent in 2021-22 (against a countrywide average AT&C loss of approximately 21 per cent), showcasing one of the few success stories of the public-private partnership model.

The erstwhile Delhi Vidyut Board faced several challenges such as inadequate investment in network infrastructure, high operational losses, huge revenue losses (due to theft and misuse of electricity), often leading to widespread customer unrest and also poor payment discipline by consumers because of unreliable services.

Since privatisation in 2002, major improvements have been effected in network reliability and customer services. The key differentiating factor has been the optimal and effective deployment of technology interventions, workforce development and also social initiatives, in line with the core ethos of the Tata Group.

Over the past two decades, some of the key elements responsible for this evolution have been:

BSES operates and manages one of the most advanced distribution networks in India to deliver reliable and quality electricity supply to customers spread across its service territory. To achieve its objective, BSES has upgraded and modernised the distribution network and deployed technologies such as SCADA, GIS, intelligent outage management system (iOMS) and distribution management system, to name a few among others. The discom has maintained network reliability of over 99.9 per cent for the past five years. This has made the network more robust and enhanced its carrying capacity. As a result, customers are experiencing improved voltage quality, stability in power supply and quicker fault detection and repairing.

What have been the operational and financial highlights of your discom since its inception?

Tata Power-DDL has been a pioneer in adopting smart and sustainable technology solutions to improve both operational and financial performance, and enhance customer experience. Here is a comparative of the company’s performance over the past two decades (July 2001-02 vs March 2022):

BSES has taken a lead in adopting best-in-class technologies to reduce AT&C losses and to ensure reliable and quality power supply to its customers.

What are some of the key initiatives and technological interventions undertaken by these discoms?

Technology has always been a key enabler for Tata Power-DDL to improve its operations and services. Post the takeover, Tata Power-DDL partnered with a US-based consulting group to formulate a strategic technology roadmap. As part of the roadmap, it prioritised and deployed key technologies – communication network, grid automation, SAP-ISU, advanced metering infrastructure (AMI), GIS, grid substation automation systems, communication network, SCADA and OMS and ADMS to overcome the lack of tools to monitor network alignment.

What are the discom’s future plans for network expansion and strengthening? What are your key priority areas?

Going forward, the following are some of our priority areas: