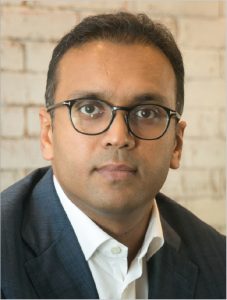 In a recent interview with Power Line, Pratik Agarwal, managing director, Sterlite Power, shared his perspective on the energy transition in the country and integration of the growing renewable energy capacity into the electricity grid while maintaining its stability. He also shared his outlook for the transmission segment. Edited excerpts…

The power sector has played a central role in catalysing India’s tremendous growth. The achievement of the herculean task of electrifying every household in the country has resulted in over 900 million citizens gaining access to electricity in less than two decades. Moreover, India’s emphasis on energy transition and subsequent renewable energy deployment has been one of the most significant developments in the sector. The rise of solar power, in particular, has been impressive. India has huge solar potential, and thanks to the enabling policy support and technology cost reductions, solar has quickly become the cheapest new option for power generation.

Similarly, for transmission, there exists a strong, enabling policy framework. Public-private partnership reforms in the transmission sector over the years have been successful. Since 2010, more than 84 projects worth over Rs 1 lakh crore have been awarded through the tariff-based competitive bidding (TBCB) route. In addition to this infusion of private capital, several new private participants have entered the ecosystem in the past few years, making the segment more vibrant. The government’s decision to dissociate the central transmission utility (CTU) functions from the Power Grid Corporation of India is another welcome move.

What are some of the unresolved challenges?

One area that is yet to see sustainable transformation is the distribution sector. Despite repeated bailouts, most discoms are still incurring huge losses every year. The burgeoning debt on the balance sheet of the state discoms – which has reached Rs 6 trillion at the all-India level – has a far-reaching impact on the economy. The post-pandemic global energy crisis and the rising fuel prices have further underlined the need for a credit-healthy distribution sector.

While these issues have been discussed at length, I must, in the same breath, also commend the strong resolve displayed by the Ministry of Power in ensuring payment security for gencos through the Payment Ratification and Analysis in Power or PRAAPTI portal, and the Electricity (Late Payment Surcharge and Related Matters) Rules, 2022. These measures will greatly benefit the sector in the short and medium terms. In the long term, the private sector’s participation in performance management to bring in operational efficiency and introduce the latest technology can be a great lever and help achieve sustainable solutions for improving the financial health of discoms.

Another issue plaguing the execution of transmission projects is the time required to obtain permits and clearances, ranging from 8-12 months for Section 164, to 12-15 months for forest clearances. In addition, route surveys, obtaining right of way (RoW), and land acquisition challenges result in further project delays. With these impediments, ensuring the readiness of transmission projects within the duration stipulated in the bidding documents (approximately 18 months) is an uphill task. To this end, the CTU needs to be empowered and equipped to undertake and facilitate necessary measures such as obtaining major approvals, land identification and route surveys in order to enable the timely execution of projects by transmission developers.

How do you rate the performance of the power sector in advancing energy transition in the past one or two years?

The renewables market in India is one of the most attractive markets globally, on account of large capacity additions, strong government support, and a favourable policy regime. India’s installed renewable energy capacity has quadrupled in the last decade and stands at about 160 GW (including large hydro) now, which is about 40 per cent of the country’s total capacity. About 71 GW of renewable energy capacity (solar and wind) has been bid out since 2020. Pandemic-induced restrictions in the last two years, along with RoW issues, land acquisition challenges, and the recent increase in commodity prices, have slowed down capacity additions, with a cumulative 10 GW of capacity being added in 2020 and 2021.

The government has consistently been cognisant of the issues facing the sector and has proactively attempted to resolve them by extending deadlines for project commissioning, streamlining the involvement of ministries through the Gati Shakti initiative, and introducing the production-linked incentive scheme. The consistent support and resolve of the government have ensured that the sector remains vibrant for investors, as is evident from about $30 billion being invested in renewables in the last three years. The alignment of market forces, the investor community, the policy framework and the intent of private developers have made this feat possible.

According to you, what are the key measures required to strengthen the electricity grid to accommodate renewable energy and accelerate the country’s decarbonisation goals?

The ongoing shift to renewable energy from fossil fuels will need resilient and reliable grid infrastructure to ensure power delivery to the last mile. This trend is global, with renewable energy achieving grid parity in various countries and witnessing accelerated large-scale deployment worldwide. BloombergNEF has projected over $130 billion of investments by 2030 in transmission infrastructure build-out. Clearly, this presents enormous opportunities for the industry.

On top of this, recent initiatives such as the notification of the General Network Access Rules and the CTU’s five-year rolling network plan mean that grid planning and subsequent investment in transmission infrastructure will have to be done in a more proactive and anticipatory fashion. This change in planning philosophy will be critical in ensure that renewable energy projects don’t get stranded and can evacuate power seamlessly.

Further to this, flexibility will become a serious constraint soon without additional resources. Mechanisms are being introduced to address ancillary services, green day-ahead markets and real-time markets. These should bring flexibility and provide real-time balance, and it is expected that power procurement planning, scheduling, despatch and imbalance handling will become more efficient.

As witnessed globally, with the expanding renewable energy capacity, India will continue to see a massive shift in its demand profiles, with demand peaking in the evening and night, requiring increased availability of power in the absence of solar energy. One solution is to establish intercontinental grid connections that leverage the time difference between countries, whereby surplus renewable energy from one country’s grid can be injected into another facing a deficit. The prime minister’s One Sun, One World, One Grid initiative seeks to leverage this.

What are some of the opportunities for transmission developers over the next one to two years? What are the industry’s expectations from the government?

An important prerequisite for continuing India’s massive renewable energy ambitions will be to continuously invest in India’s national transmission grid. The ongoing transmission auctions announced by the government are some of the largest thus far. The CTU, in its rolling transmission plan for 2026-27, envisages that the installed capacity of the Indian grid will grow to about 568 GW by 2026-27, and will see a major decline in the contribution of fossil fuel sources. To this end, transmission schemes comprising 32,000 ckt. km of transmission lines and a transformation capacity of over 2,00,000 MVA are expected to be added to the grid by 2026- 27, at an estimated cost of Rs 1.8 lakh crore.

The intra-state segment is also showing slow but promising signs of implementing transmission projects under the TBCB mode. This is expected to expand further as more states witness the success of the model and follow suit.

The country’s strengthening stride towards net zero, growing power demand, emphasis on power quality and reliability, push for manufacturing, and growth in per capita power consumption, accompanied by the growth in the economy, will create a demand for robust grid infrastructure.

What have been the key business highlights for Sterlite Power in the past year?

The past year has been an eventful one for Sterlite Power, be it with respect to new project/order wins, or completion of key projects in both India and Brazil. Besides our strong financial performance, we have won coveted awards from the International Project Management Association and Aegis Graham Bell, and at the IDC Awards for Innovation. We also won the ET Energy Leadership Award this year.

We have recently commissioned the Khargone transmission project in Madhya Pradesh, which is helping evacuate 1,320 MW of power generated by the Khargone power plant. We have also completed package A of our flagship project, Mumbai Urja Marg, four months ahead of schedule. We are well poised to deliver our massive green energy corridor project, Lakadia Vadodara Transmission Project Limited, by the end of this year. It will connect the wind energy zones of Bhuj in Gujarat to the load centres in Gujarat and Maharashtra. We have also won two new interstate transmission system projects – the Nangalbibra-Bongaigaon Inter-State Power Transmission Project (NBTL) and the Kishtwar project in Jammu & Kashmir. NBTL is our second project in the Northeast. It will provide more than 1,000 MW of power, to help meet the increasing power demand in Meghalaya.

In Brazil, too, we have had some great successes. We have completed the Vineyards project, which included the construction of 114 km of transmission lines, the implementation of two new 496 MVA substations, and the expansion of four substations. We were the winners of lots 5 and 9 at the recent auctions held in June this year. We are also expanding the scope of two transmission projects, Solaris and Borborema.

We are equally enthused to see the uptick in our Solutions and Convergence business. We have secured multiple new orders for high performance conductors, reconductoring solutions and extra high voltage cables in the products and master system integrator segments. We have also successfully monetised almost the entire network of optical ground wire (OPGW) fibres in Maharashtra. Such orders significantly add to our robust order book while also diversifying our revenue base.

What are some of the new opportunities that Sterlite Power is pursuing?

Given the growing concerns around global warming, this is the decade for urgent action. Industries are playing a key role in this journey of combating climate change. A few industrial houses have announced net zero or decarbonisation targets, and many others are preparing to follow suit.

For Sterlite Power, this is also an exciting time. The opportunities ahead are huge and align with our core purpose, values and commitment to sustainability. We are increasing our focus on integrating renewable energy into the grid in India, Brazil and potentially more geographies. We are evaluating grid interconnectors to facilitate the flow of green electrons across geographies, and assisting the hard-to-decarbonise metals and mining industry by providing green energy. We are also exploring diversification of our offerings in conductors and cables to cater to the ever-evolving requirements of the energy sector. We are also looking to expand our OPGW network beyond Maharashtra to leverage the thrust on telecom and monetise it. In this context, I am confident that Sterlite Power is well poised to play a big role in the new energy and affiliated segments. 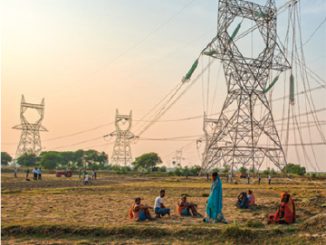 October 14, 2022
The Indian power transmission segment is set for a phase of accelerated growth, mainly driven by the [...]
More 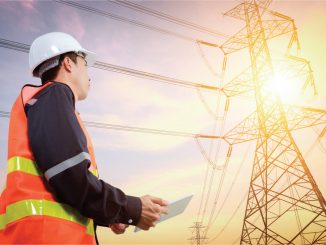 September 6, 2017
The power transmission segment has witnessed robust growth in the past year, mainly due to the push [...]
More 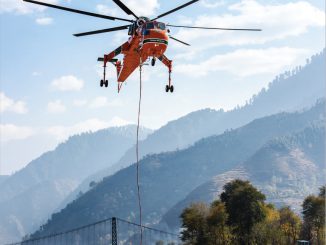 August 30, 2017
The state of Jammu & Kashmir is striving to meet the growing power demand, and address legacy [...]
More