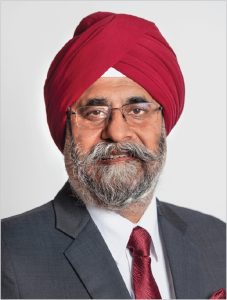 PFC Limited, the leading financier to the power sector, has consistently supported India’s energy transition efforts. It has funded 18 GW of renewable energy capacity addition so far. Being the nodal agency for funding discoms under various government schemes, the share of distribution assets in PFC’s loan portfolio has been increasing. In a recent interview with Power Line, Ravinder Singh Dhillon, chairman and managing director, PFC Limited, shared his views on the power sector and the company’s increasing funding exposure to the renewable energy and power distribution segments. He also spoke about PFC’s future plans and priority areas…

What are your views on the current state of the power sector?

The Indian power sector has finally em­er­ged from the impact of the pandemic, with power demand surpassing the pre-pandemic highs. During June 2022, we witnessed the peak power demand hitting new highs. Domestic coal shortages and the rise in global energy prices had bri­efly posed hurdles to the sector’s re­covery. But the central government has quickly responded to the situation, man­dating blending of imported coal, invoking Section 11 of the Electricity Act and also allowing the pass-through of imported coal costs in the tariff. With this timely and decisive intervention, the problem of coal shortage has been largely mitigated.

The power sector’s transition to renewables is progressing well, with the country adding about 16 GW of renewable capacity during 2021-22, which was 92 per cent of the total capacity added during the year. Today, our renewable energy capacity stands at about 161 GW, whi­ch is 40 per cent of the total installed capacity. India is on track to meet the commitment made at the UNFCCC of 50 per cent of power from non-fossil fuel sources by 2030.

On the distribution reforms front, the Revamped Distribution Sector Scheme (RDSS) is progressing smoothly. Till now, more than 20 states and union territories (UTs) have got their reform action plans approved. In order to address the issue of huge overdues of discoms to gencos and transcos, the Government of India notified the Late Payment Surchar­ge (LPS) Rules, 2022, in June 2022. Many states have opted for the scheme and have ag­reed to pay the outstanding legacy du­es in equated monthly instalments (EMIs). The scheme is already showing positive results, with the legacy dues and current dues being cleared by many discoms. These are all long-term positives for the sector and will attract fresh investments into the Indian power sector.

Can you elaborate on the expected outcomes of the RDSS and LPS and their impact on the sector?

The objective of the RDSS is to bring down AT&C losses to 12-15 per cent and reduce the gap between ARR and ACS to zero. It envisages prepaid smart metering and capital works for loss reduction, which is likely to significantly improve the billing and collection efficiency of dis­coms. The scheme has certain pre-qualification criteria that have to be met by all the discoms, like timely finalisation of accounts, clearance of subsidies and government department dues, non-creation of regulatory assets, and timely filing of tariff petitions and tariff determination. There are also action plans tai­lor-made for each state with targets for reform-related conditions. The relea­se of funds will be conditional on disco­ms meeting the pre-qualification criteria and obtaining minimum marks as per the result evaluation framework.

Under the LPS Rules, the legacy dues of discoms towards gencos and transcos, which are over Rs 1 trillion, have been converted into EMIs and will be cleared over 12-48 months. The scheme has provisions to prevent a fresh accumulation of dues by discoms. The non-payment of EMIs or current dues within a stipulated time period will result in the regulation of power by the grid operator.

These initiatives will address the key iss­ue of under-recovery by discoms and the resultant inability to timely clear the dues of gencos, which is a persistent pa­in point for the sector. Once these are ad­­dressed, the financial viability of the sector as a whole will improve.

PFC’s exposure to the distribution segment is on an upward trend. Are there any concerns on the quality of distribution assets?

Distribution is a crucial segment of the power sector value chain, as it is the segment facing the end consumer and is the source of cash flows for the entire se­c­tor. Given the Government of India’s fo­cus on reforming the distribution segment, it is natural that distribution ass­ets are gaining an increasing share in PFC’s loan portfolio.

PFC, as the nodal agency, is funding discoms under various government schem­es including the liquidity infusion sche­me (LIS) under the Atmanirbhar Bharat initiative, the RDSS and LPS. Due to this, our distribution portfolio has gone up over the years and currently accounts for about 29 per cent of the total loan assets. However, these loans are fully secured by state government guarantees and hence enjoy the highest level of safety. Out of our total distribution sector exposure, 72 per cent is covered by state government guarantees. Further, upon im­ple­mentation of these schemes, the sector will be in a much better position financially.

What have been PFC’s key achievements in the past year?

The past year has been an excellent one for PFC. We have been conferred the coveted Maharatna status. We view this as an endorsement of PFC’s enhanced stature and an acknowledgement of the strategic role that we play in the power sector.

On the operational front, during 2021-22, we delivered the highest ever net profit of Rs 100.22 billion, an increa­se of 19 per cent over the previous fiscal. We were able to lower our cost of funds by 18 bps to 7.3 per cent. In September 2021, PFC is­sued its first ever euro green bonds am­ounting to Euro 300 million at a coupon of 1.841 per cent. Our asset quality has also improved, with the resolution of st­re­­ssed assets worth Rs 28 billion.

For the past several quarters, we have been consistently bringing down our net non-performing asset (NPA) levels. At present, the net NPA ratio stands at 1.73 per cent, which is the lowest level seen in the past six years. During the past year, we have resolved assets worth Rs 28 billion including Essar Power MP (2 x 600 MW), RS India Wind (41 MW) and GVK Ratle HEP (850 MW). In September 2022, we resolved two other large projects th­rough the NCLT – 600 MW Jhabua TPS and South East UP Transmission project. An­oth­er asset, 1,920 MW Lanco Amar­kan­­tak, is at an advanced stage of resolu­ti­on in the NCLT. Most of our large stre­ssed assets have been resolved now, and the few remaining ones are at advan­ced stages of resolution.

What has been the trend in PFC’s lending to the renewable energy sector? What role is PFC looking to play in India’s net zero transition?

We have been consistently supporting India’s energy transition efforts. Till date, PFC has funded a renewable energy ca­pacity addition of 18 GW, which is 16 per cent of the country’s installed re­ne­w­able capacity. Our renewable energy portfolio has registered a CAGR of 32 per cent over the previous five years. It currently stands at 10 per cent of our total loan assets. During the last fiscal, 44 per cent of the disbursement made by PFC to the generation sector was to non-fossil fuel projects. Going forward, we see our port­folio increasingly pivoting towards energy transition, in line with the Go­vernment of In­dia’s vision for the energy sector.

According to various estimates, the funds requirement to meet India’s net-zero target by 2070 is about $10 trillion, a large part of which is to be deployed in the po­wer sector. PFC is aiming to become the development finance institution for In­dia’s energy transition, playing a key role in channelising this investment.

What is the company’s growth outlook?

Apart from the funding opportunities in energy transition and various government schemes for the distribution segment, we are actively diversifying into related infrastructure areas. In 2021-22, PFC funded an e-mobility project promoted by GreenCell Mobility, a platform backed by the Indian and UK governments, for deploying 350 electric buses in various cities of Uttar Pradesh. PFC has also built a portfolio of waste-to-en­ergy projects with a cumulative loan am­ount of over Rs 12 billion. Recently, we have sanctioned loans for a nuclear po­wer project, a biorefinery project, elec­­tromechanical components of metro rail projects, etc.

The Ministry of Power has recently allo­wed PFC to lend to the logistics and in­frastructure sectors to the extent of 30 per cent of its standalone net worth. With this, we would be able to diversify our business and explore lending opportunities in other infrastructure areas. Un­der the National Infrastructure Pipe­line (NIP), Rs 144 trillion of infrastructure investment has been projected for the period starting financial year 2020 up to financial year 2025. We are looking to tap good projects under the NIP and also build our internal capabilities to explore new lending areas.