In the past two decades, we have seen power projects being finished in record time, beating all construction odds, setting new technology benchmarks and making a tangible difference. While there are, no doubt, a number of projects that deserve a spot here, we present a list of 20 outstanding projects to have been completed in the past two decades, based on a survey of industry experts… 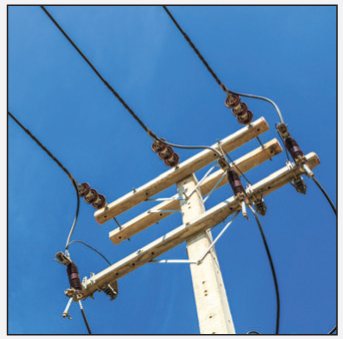 The turnaround of the dysfunctional Delhi Vidyut Board’s power distribution business by Tata Power and BSES has been widely recognised as one of the most successfully executed public-private partnership projects. A record decline in aggregate technical and commercial losses, a turnaround in operations, high system efficiency, innovative use of new technology and greater consumer orientation are some of its key successes.

Gujarat’s Jyoti Gram Yojana, which was initiated in 2003 and covered around 18,000 villages, is probably one of the most successful among the feeder separation projects implemented across various states. It has helped in ensuring better power supply in the rural areas and bringing in transparency in agricultural consumption, thus accurately estimating distribution losses. The current government’s ambitious Deendayal Upadhyaya Gram Jyoti Yojana is, in fact, modelled on this hugely successful project. 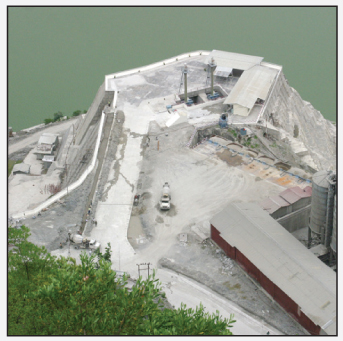 THDC India Limited’s multi-purpose Tehri dam and hydropower plant in Uttarakhand involved the construction of one of the largest dams in the world, with huge submergence and large-scale displacement. The rehabilitation and resettlement exercise of the project is one of the most comprehensive and successful rehabilitation programmes to be executed globally till date. The first phase of the project was commissioned in 2006 and added 1,000 MW to the grid. In the next phase, another 400 MW was added in 2012 and currently, work on the 1,000 MW pumped storage power project is in progress. 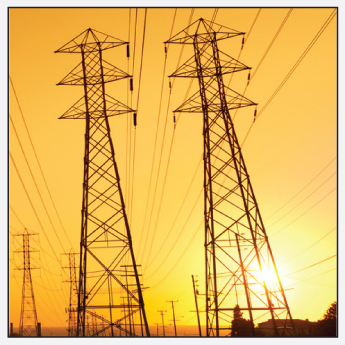 The Tala transmission system, operational since September 2006, was not only India’s first PPP project in the transmission segment, but also the highest capacity interconnection project executed at the time. The 1,166 km long, 400 kV transmission line is owned and operated by Powerlinks Transmission Limited, a joint venture of Tata Power Company Limited and Powergrid Corporation of India Limited (Powergrid). It facilitates the transport of about 3,500 MUs of power from the 1,020 MW Tala hydroelectric dam in Bhutan to India’s northern region. The project was completed well within the scheduled time, despite difficult terrain. 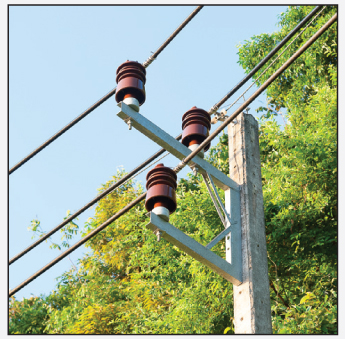 Maharashtra was the first state to take the bold step of introducing an input-based franchise arrangement, in Bhiwandi. It awarded the franchise to Torrent Power in 2007 and the results of this initiative have been extremely encouraging with aggregate technical and commercial losses coming down by almost 40 per cent. The success of this PPP project influenced a number of other states to implement the distribution franchise model. 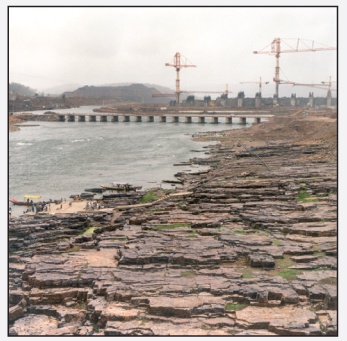 Narmada Hydroelectric Development Corporation Limited’s 520 MW multipurpose Omkareshwar hydroelectric project set new benchmarks by commissioning a mega hydropower project in less than four years’ time, and three and a half months ahead of schedule. This was achieved despite massive opposition from the local people, which was institutionalised through organisations like the Narmada Bachao Andolan. 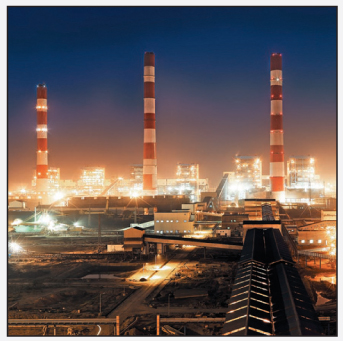 Adani Power’s 4,620 MW Mundra project, the country’s largest coal-based power project, is a judicious mix of sizing, technology, location and efficiency, and delivers power at competitive rates. It also houses the first supercritical technology unit to be commissioned in India and is the first thermal project globally to be registered under the clean development mechanism. 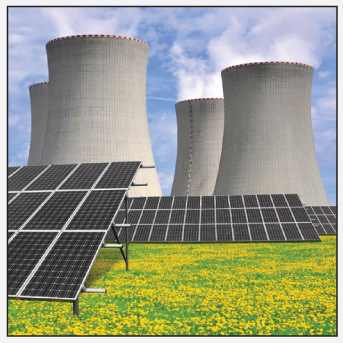 To make the newly launched National Solar Mission targets a reality, a “bundling” scheme was contemplated back in 2010. NVVN Limited, NTPC Limited’s trading arm, has played a pivotal role in the implementation of the scheme that intended to make solar power cheaper by bundling it with coal-based power. This was a pioneering initiative for the solar power industry as it helped minimise the offtaker risk for developers and investors, and gave them confidence to bid at least risk. 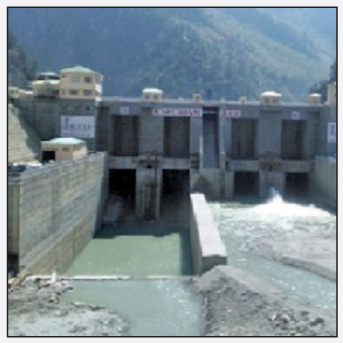 Built at an investment of Rs 1.5 billion with a 1,000 MW generation capacity, this project, developed by Jaiprakash Power Ventures Limited (now owned by JSW Energy) in Himachal Pradesh is the largest hydropower project ever built by a private company. Despite battling several construction odds, it was commissioned two months ahead of schedule, a significant feat for a hydro project of such magnitude. The transmission infrastructure associated with the project was also one of the toughest to execute because of the steep slope of the terrain, which required the construction of almost 500 towers manually. 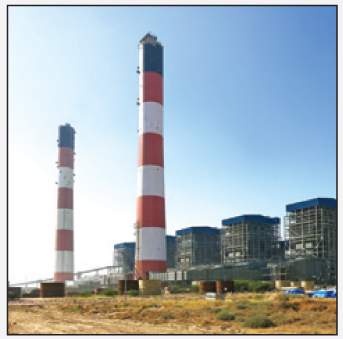 Tata Power Company Limited’s 4,000 MW Mundra ultra mega power project (UMPP) is the country’s first UMPP to be commissioned. It is a landmark project that showcases state-of-the-art technology, financing and execution skills. Given that the plant is integrated with coal mines in Indonesia, its fuel supply chain is much more complex than that of domestic coal-based UMPPs. The project houses India’s first 800 MW supercritical unit. 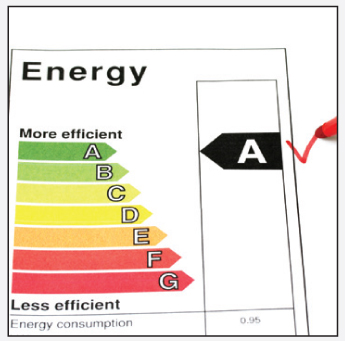 With the launch of the Perform, Achieve and Trade scheme in 2012, India became the first developing country to adopt market-based mechanisms to trade energy efficiency. The exercise covers almost all energy-intensive sectors in the economy. The results of the first cycle, which concluded recently, show that substantial energy savings have been achieved. The benefits are expected to be even higher from the ongoing second cycle, given its expanded scope. 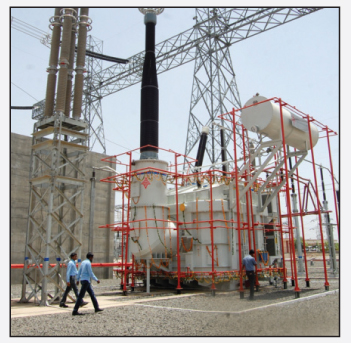 This 1,200 kV test station developed by Powergrid with a team 35 global and local power equipment manufacturers at Bina in Madhya Pradesh marks the introduction of ultra high voltage alternating current technology in the Indian transmission sector. With this, India has joined a select band of countries in the world possessing this technology. 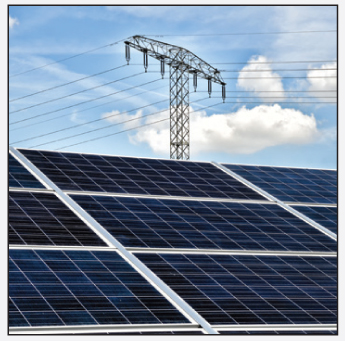 Conceptualised in 2012, the green energy transmission corridors are the most important link in realising India’s renewable energy plans. Being executed by Powergrid and the state transcos, these projects will come up in two phases and will be capable of handling 33 GW and 20 GW of renewable power respectively. One of the energy corridors has been commissioned recently.

Reliance Power’s 4,000 MW Sasan UMPP, the world’s largest integrated coal mine and power project, delivers power at the cheapest tariffs in the country today. Despite its size and complexity, it was completed on schedule and its associated coal mines are a benchmark in the industry, clocking the highest production in the private sector. 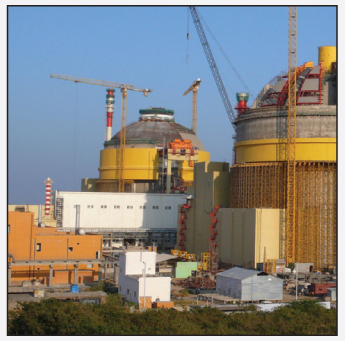 Karnataka Power Transmission Corporation Limited’s (KPTCL) supervisory control and data acquisition (SCADA) system is one of the largest control and automation systems in the country. It covers the entire transmission and distribution network (from 11 kV to 400 kV), as well as major generation plants located in the state. The installed system is unique in that it is supported by a backbone satellite network. Further, it uses a triple redundant system, with a disaster recovery centre located 25 km from Bengaluru.

The Kudankulam nuclear project, the first unit of which attained criticality in 2013, is the highest capacity nuclear power plant in the country. With reactors of 1,000 MW capacity, the project houses the largest-sized unit to supply power to the grid today. What also makes the project significant is that it has come up braving India’s largest anti-nuclear protests. 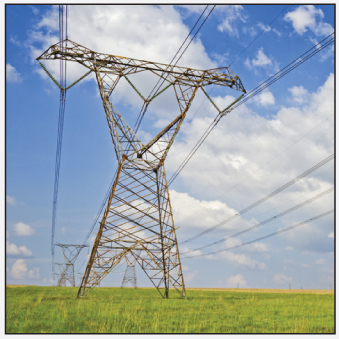 The India-Bangladesh interconnection line, commissioned in October 2013, marked a significant milestone in promoting energy security in the South Asia region through mutually beneficial cross-border trade of electricity. The 400 kV power line connecting Baharampur in India to Bheramara in Bangladesh uses high voltage direct current (HVDC) technology. Its current power transfer capacity of 500 MW is planned to be doubled in the future. 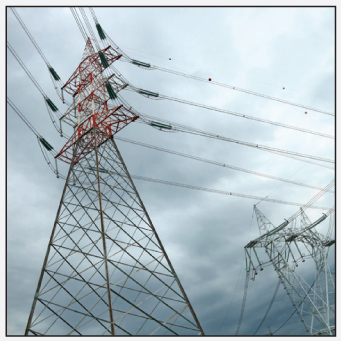 Over the years, an integrated national grid has been created through the commissioning of five regional transmission connectivity projects. The last of these projects came up in December 2014 with the commissioning of the 765 kV Raichur-Solapur transmission line, which linked the NEW grid with the southern grid. These projects have helped pave the way for seamless power flow across all regions and establish a dynamic electricity market. 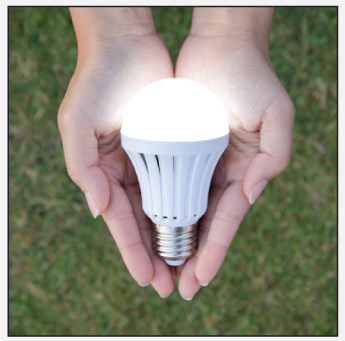 The Unnat Jyoti by Affordable LEDs for All (UJALA) project has pushed India to become one of the largest markets for lighting systems based on LEDs today. The government aims to replace 770 million conventional incandescent bulbs with LEDs by 2020 under UJALA, which would lead to an avoided installed capacity of about 20 GW. More than 163 million LED bulbs have been distributed across the country in the past two years. The project has been hugely successful in driving down LED prices, from Rs 310 two years ago to Rs 38 now, through mass procurement by government agencies. 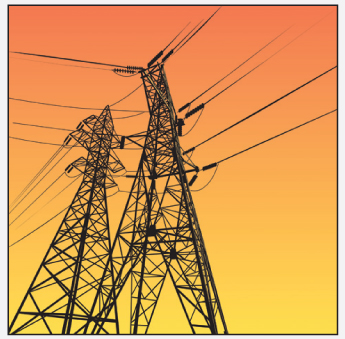 The first pole of the +/-800 kV, 6,000 MW HVDC multi-terminal system of an approximate length of 1,728 km from the north-eastern region to Agra, which went online this year, is the world’s first such project enabling bulk transfer of power. With this transmission link, the north-eastern region receives cheap thermal power from Chhattisgarh and Jharkhand during periods of low hydropower generation and supplies power to the rest of the country during periods of high hydro generation.