Power Line invited key consultants in the power sector to highlight the major achievements in the past two decades and the future outlook. There is a unanimous view about the key role of the private sector in accelerating generation capacity addition. However, the financial health of the discoms remains a major concern. Going forward, the demand-supply gap is expected to ease while tariffs may witness a modest hike. 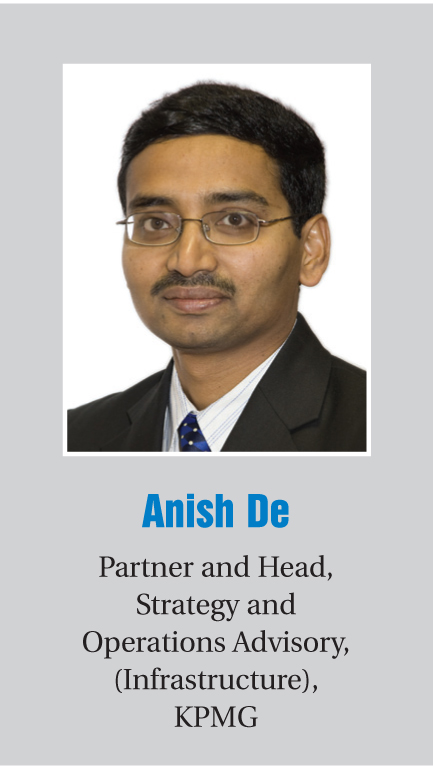 I count the following as the most important achievements: one, opening up of generation and the induction of the private sector in generation on a large scale; two, establishment of competitive markets and transparent pricing of power in such markets, and three, electrical integration of the country through a robust nationwide synchronous transmission grid. These measures have made India one of the largest and most vibrant integrated power systems in the world, where a whole lot of innovation has been made possible and more can come in the ensuing years.

The three most noteworthy achievements in the sector are: one, enactment of the Electricity Act, 2003, along with the National Electricity Policy, 2005 and the National Tariff Policy 2006, leading to policy stability; two, constitution of state electricity regulatory commissions, leading to improved transparency in tariff determination and clarity on the regulatory framework governing the sector; and three, introduction of tariff-based competitive bidding, leading to greater participation by the private sector, which in turn resulted in large capacity additions in the generation segment. 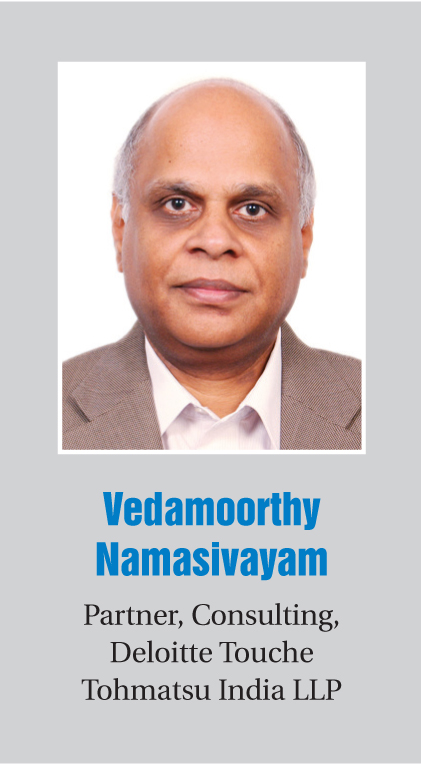 Reforms in the power sector are not events, they are a part of a process. The most noteworthy achievements are: 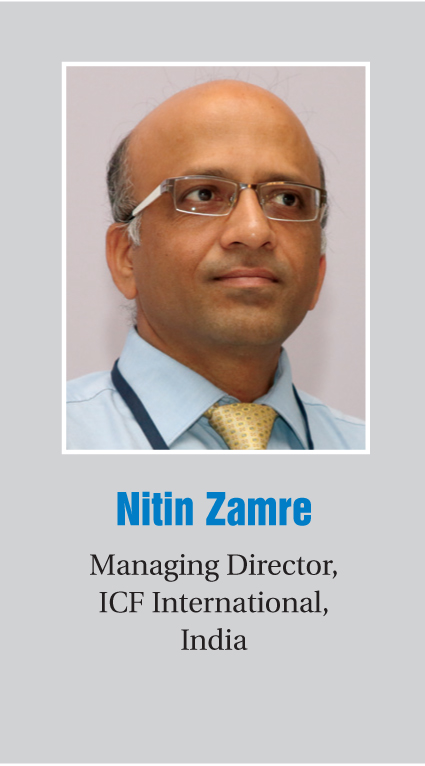 The most noteworthy achievements are the scaling up of the thermal generation capacity, the transmission and distribution network, and rural electrification. The addition of renewable energy capacity, which today stands at more than 40 GW, is also a great achievement. These capacity additions have led to the creation of a much-needed ecosystem for the sector. India has also been able to increase fuel supply by almost similar magnitude during this period. The creation of well-functioning power exchanges is another important achievement. Another noteworthy achievement is the creation of the regulatory system both at the central and state levels. The regulatory system has created rules for independent functioning of the system. However, systems have not worked as well as they were expected to and need to improve significantly in order to make sure that the benefits of power infrastructure reach more people.

What are the biggest challenges for the power sector at present?

Fixing the distribution segment is the single largest challenge for the Indian power sector and this challenge has persisted. The government is aiming to fix this through the Ujwal Discom Assurance Yojana (UDAY), which is indeed a welcome and refreshing attempt. However, the risks are stacked up and the jury is out on how successful this attempt will be.

The power sector continues to face challenges owing to the weak financial profile of the discoms, which, apart from increasing the counterparty credit risks, has constrained discoms from tying up long-term power purchase agreements (PPAs), resulting in modest offtake/ demand in relation to the capacity being added. ICRA expects that deleveraging and refinancing of the state-owned discoms under UDAY (wherein 16 states/ union territories have signed MoUs as of now) will help improve their liquidity profile in the near term. Further, improved domestic coal availability and recent policy measures by the central government such as flexible utilisation of domestic coal linkages and the e-auction process for short-term power remain favourable for the discoms in terms of the likely reduction in the cost of power purchase, though this is likely to be partly offset by the recent increase in domestic coal prices and the rationalisation of freight rates by the railways, along with the introduction of a coal terminal surcharge. Nonetheless, a serious focus by the discoms on improving their efficiency levels, mainly aggregate technical and commercial (AT&C) loss levels, in line with the stipulated targets and timeliness and adequacy of tariff hikes in relation to the cost of power supply (including a periodic pass-through of fuel and power purchase costs) remains critical in the long run for sustained improvement in the financial position of the discoms. On the generation front, the power sector is facing challenges arising out of slow progress in the resolution of tariff compensation issues for the affected thermal independent power producers (IPPs) and uncertainty regarding an improvement in domestic gas availability for gas-based power generation capacity.

The biggest challenges are:

The biggest challenge for the power sector today is the poor financial health of the utilities and the working of most of the regulatory commissions at the state level. The poor financial health of the utilities has not allowed network expansion and improvement in the quality of service, resulting in stranded generation capacity and blackouts/brownouts, forcing the customers to resort to inefficient/expensive alternative supply sources – diesel generators, inverters, etc. Till such time as the utilities start functioning in an efficient manner and with commercial principles, the overall supply scenario at the consumer-end will remain poor. Another emerging challenge will be the ability of the power system to technically integrate large quantities of intermittent renewable generation into the system. The power system will need a good amount of investments as well as policies to be able to do this.

What is your outlook on power demand, supply and tariffs?

At the wholesale market level, I foresee stagnant prices in the next two to three years due to oversupply. This can persist longer if the demand does not pick up. There are conflicting trends on demand at this time. While there has been some uptick in recent months, how long this will sustain is uncertain. Incremental supply from the private sector would mostly be in renewables, but the public sector will continue to add some thermal capacity. Storage will also play an important role in shaping demand on the system.

The growth in electricity demand remained subdued during financial year 2016 with a year-on-year growth of 4.3 per cent vis-à-vis 6.5 per cent in financial year 2015. This is because of the weak financial health of the state-owned discoms, which constrains their paying capacity and the subdued growth in energy demand from the industrial segment. For the first five months of financial year 2017, the demand growth has improved slightly to 5.7 per cent. Improvement in the financial profile of the discoms as envisaged under UDAY, along with the aggressive rural electrification programme being implemented by the government, is likely to aid in improving energy demand growth in the near to medium term. Nonetheless, sustainable improvement in energy demand requires a revival in demand from the industrial segment.

On the supply front, the large capacity additions (98 GW) seen over the past four years, along with the sizeable capacity addition envisaged over the next two to three years (thermal as well as renewable energy based) and subdued utilisation of the operational capacity (all-India thermal plant load factor [PLF] of nearly 62 per cent in financial year 2016) provide ample scope for improvement in power supply.

Retail tariffs are expected to see a modest year-on-year increase, supported by improved domestic coal availability, an expected improvement in the operational efficiency of the state-owned discoms as envisaged under UDAY (primarily a reduction in AT&C losses) and the regulator’s view to avoid a tariff shock to consumers as seen in the recent past in some states.

The demand position is comfortable at present due to capacity expansion and subdued demand owing to economic conditions. The real test of power availability will be when economic activity picks up and the currently unserved population gets fully connected. However, owing to the lumpy nature of asset deployment in the sector, alternating shortages with surpluses is expected. It is crucial to balance the competitiveness of the industrial base with affordability to the weaker sections. Overall, tariffs will have to rise to finance the cost of asset creation. A transparent subsidy mechanism at sustainable levels is essential given the “Power for All” agenda.

Till the utilities start earning money on every unit of electricity they sell (currently most of them make a loss on every unit of power sold), the power supply scenario at the consumer level is unlikely to change significantly. This puts an inherent constraint on the growth of consumption. However, there is a huge latent demand and we believe that as long as the network expands and it becomes obligatory on the utilities to supply electricity to consumers, the demand should show robust growth. The supply scenario will continue to be very positive at least for the next five years, given the low capacity utilisation of the current generation capacity and addition of renewable capacity. Wholesale tariffs should continue to remain at the current level. If the utilities manage to improve losses, retail tariffs should become more competitive. We also expect the level of cross subsidy to reduce over the years. It is expected that the tariffs for each category should become cost reflective.