Dutch philosopher Baruch Spinoza said, “He who seeks to regulate everything by law is more likely to arouse vices than to reform them.” Recently, the Central Electricity Regulatory Commission (CERC), the country’s apex energy regulatory body, proposed to increase short-term interstate transmission charges by 1.35 times, in its zest to incentivise long-term access to the national grid. This will give a serious jolt to the growing market for the short-term transaction of power. The argument given in favour of the regulation is that the volume of short-term transactions has grown significantly, from 25 BUs in 2008-09 to 64 BUs in 2014-15, accompanied by plummeting prices from Rs 7.29 per unit in 2008-09 to Rs 4.28 per unit in 2014-15. Prices are hovering around Rs 2.50 per unit these days.

A fair, transparent, efficient and managed spot exchange enables energy to be treated like other commodities. In 2008, the energy exchange in the country was started with a lot of scepticism as people doubted its effectiveness in a hugely energy-deficit nation. In fact, the Indian Energy Exchange (IEX) became the first energy exchange across the globe to operate in a supply-deficit scenario. In the past several years, the evolution of the exchange has outperformed expectations as it has provided a platform for optimisation of the available generation capacity at the national level, which would otherwise not have been possible. According to Dr Pramod Deo, the first chairman of the CERC, “Power exchanges will play a vital role in maintaining the confidence of investors as they are the institutions that will represent the true price signal of electricity in India.”

Open access was the supporting pillar for achieving the phenomenal growth of the energy exchange, but it still could not be implemented in the true spirit due to the lack of enabling regulations. In fact, the above regulation is in contravention to the basic ethos of the Electricity Act, 2003, which calls for non-discriminatory open access to be provided to all consumers.

In the current scenario, there is an imminent need to promote the energy exchange, which will play a pivotal role in managing intermittent renewable energy generation, for which the government has set an ambitious target of 175 GW by 2022. The market is already facing constraints regarding the volume of electricity transacted, mainly due to transmission congestion and, therefore, the large-scale integration of renewable energy would exacerbate the problem. Also, due to large-scale variations in the demand pattern across the country, it is prudent for discoms to have the right mix of long-term and short-term procurement of power. As such, STOA is of utmost importance to keep tariffs low for consumers. Otherwise the discoms will be burdened with the fixed charges of surrendered power, affecting their ability to cater to consumers.

STOA is allowed only on the surplus margin of the transmission system, which is likely to remain unutilised. STOA has the last priority for allocation and the highest priority for cancellation. Thus, charging abnormally high for something that is used to meet the demand variation is certainly unfair to short-term consumers.

The government is already in the process of identifying the transmission corridor on the basis of the general network access (GNA) requirement to reduce congestion in the supply of power. The CERC, in one of its consultation papers, has already said, “Since a strong all-India mesh grid would emerge by end of the Twelfth Plan, it should be possible to do planning with a fair degree of certainty without prior knowledge of the pairs of injection and drawal.” In the GNA framework, generators will not be liable to pay the notional point of drawal charges and will not have to declare target beneficiaries. Drawing utilities will have access to the ISTS to the extent of their GNA, enabling the transfer of power over the ISTS from anywhere in the grid. This approach is being completely contradicted by the premise that increasing short-term transaction of power is leading to congestion in the grid and affecting transmission planning, which is typically for long-term transactions. 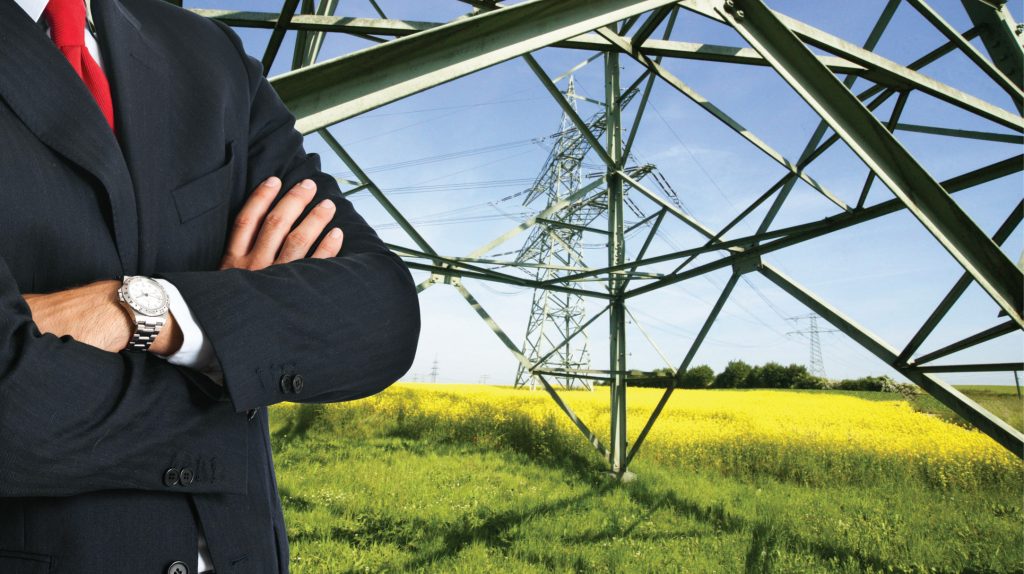 Of late, the central government has also been promoting the energy exchange, as increased competition reduces the cost of power. While the tariff quoted in the long-term power purchase agreement has touched Rs 3.90-Rs 5.50 per unit in the past three years, the spot price has gone down to Rs 2.16 per unit during the same period. While private players and some states have been active in the spot market, NTPC has started selling unrequisitioned surplus power at the exchanges. In the current scenario, when discoms are trying to reduce power tariffs in a bid to reduce losses, the short-term market creates competition and helps in decreasing power rates.

So far, the energy exchange is sufficiently efficient and liquid. But ineffective implementation of open access by discoms and the unwillingness of states to allow open access due to the fear of losing high-paying industrial consumers are some of the key barriers hampering their growth. Of the total power generated in the country, a meagre 5 per cent is being traded on the energy exchange. In comparison, the total volume traded on the Nord Pool Spot in 2015 was 489 TWh, which corresponds to more than 80 per cent of the total Nordic/Baltic consumption.

There is scope for further penetration if the current barriers can be appropriately dealt with. Currently, exchanges operate with a limited portfolio that focuses on the short-term demand of energy. It is desirable that forward delivery-based contracts be introduced on the exchanges. This would provide another window to the market players to tie up electricity in the not-so-short term. The exchange may be an effective platform for providing hedging options to market participants. Needless to say, the introduction of such financial products has proved to be very successful in developed markets such as the Nord Pool. An energy exchange can play a big role in the development of an ancillary services market, which would facilitate the procurement of real-time active and reactive power to operate the system reliably.

During the past several months, a large quantum of power has remained unsold at the exchange because of want of transmission capacity between the point of injection and the point of withdrawal. A market for financial transmission rights will allow realisation of the true value of transmission and also help alleviate congestion. With the government actively planning the creation of a regional grid in South Asia, as per the South Asian Association for Regional Cooperation (SAARC) Framework Agreement for Energy Cooperation (Electricity), 2014, the IEX may aspire to spearhead the regional integration of the wholesale market in these countries. Some of the smaller neighbours may connect with the Indian exchange for regional trading of power.

The true potential of the exchange may be realised only when the CERC supports these initiatives with enabling regulations. The power ministry has already issued guidelines to facilitate the cross-border trade of electricity and the CERC will be framing regulations for the participating agencies. In such a euphoric environment, regulations like these will kill the very essence of competitive power under open access.

In a nutshell, the exchange is currently poised at a juncture where participants look for the introduction of innovative products on the exchange platform that provide a choice for transacting in power. It aspires to spread its wings to the neighbouring countries in the SAARC region for the cross-border trade of power. There is no need for any degenerative regulation that may dampen the spirit of the development of the country’s competitive electricity market.