Tamil Nadu has joined hands with the Ministry of Power (MoP) to carry forward sector reforms. On January 9, 2017, a tripartite MoU was signed between the MoP, the state government and the Tamil Nadu Generation and Distribution Corporation (TANGEDCO) for implementing the Ujwal Discom Assurance Yojana (UDAY) in the state. The objective is to achieve a financial turnaround of TANGEDCO through operational and financial efficiencies. The state government also executed the Power for All document with the MoP on the same day.

Tamil Nadu is expected to benefit in multiple ways from UDAY. These include financial benefits such as savings in interest costs, reduction in aggregate technical and commercial (AT&C) losses, and central government assistance through various schemes. The state government is expected to save Rs 110 billion over the next three years, thereby having recurring annual savings of Rs 70 billion-Rs 80 billion thereafter.

In order to provide 24×7 Power for All, the state government is making efforts to improve electricity access and availability. Tamil Nadu has achieved 100 per cent village electrification and is working on household level access. Further, it is building new generation and transmission capacity apart from providing subsidy to supply free electricity of 100 units bimonthly to all domestic category consumers.

The following are the salient features of the MoU signed by Tamil Nadu to join the UDAY and power for all schemes: 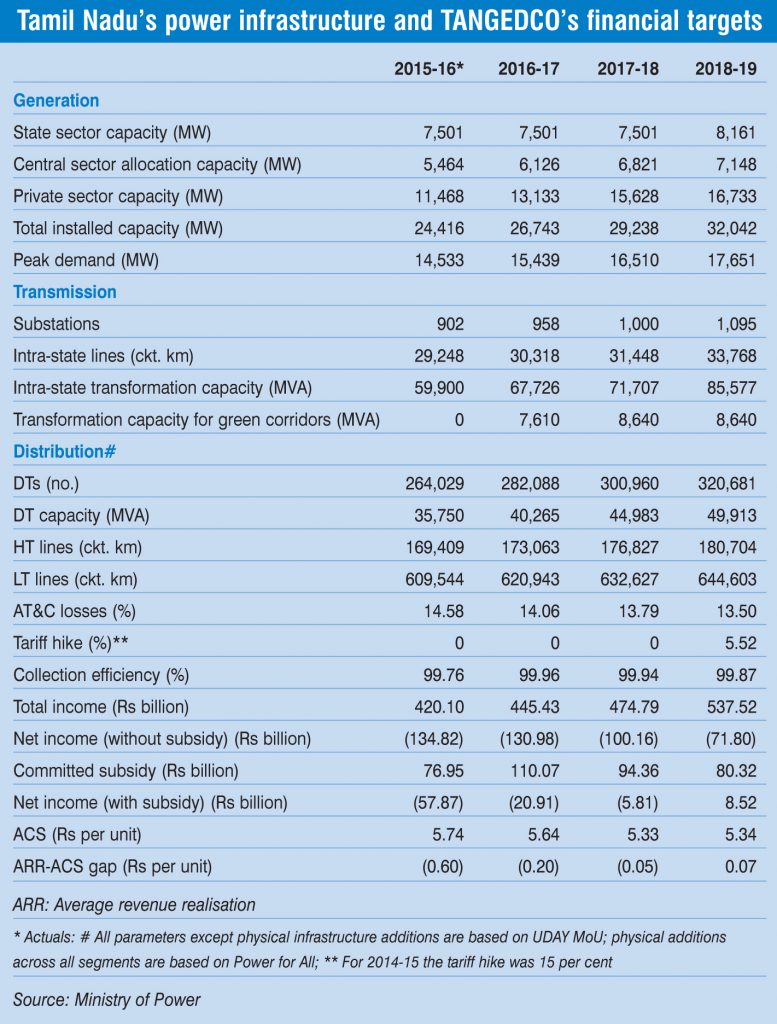 UDAY aims to achieve a financial turnaround of the power distribution business and make it more sustainable. This, along with the Power for All programme, is expected to result in higher power demand, which will, in turn, lead to better utilisation of generation resources and lower electricity costs. Tamil Nadu is expected to benefit from both these central schemes provided the state utilities are able to deliver on their commitments in a timely manner.