The coal sector is finally set to be opened up to private players as the central government gears up to auction coal blocks for commercial mining in 2017-18. In this regard, on March 27, 2017, the Ministry of Coal issued a discussion paper, “Auction of Coal Mines for Commercial Mining”, to invite stakeholder feedback. Based on the response, the government will finalise the modalities of the auction process. Commercial mines will be allotted without specifying the end use, thereby allowing private miners to sell coal to buyers across sectors such as power, cement and steel for which coal is a key raw material.

Significantly, this will be the first time in 44 years, since the nationalisation of coal mines in 1973, that the government will allow commercial mining by private investors. Since nationalisation, the sector has been monopolised by state-owned Coal India Limited (CIL). Apart from CIL, another government-owned company, Singareni Collieries Company Limited, owns some mines in the Telangana region while some captive mines had been allocated to public and private players. However, in 2014, the apex court cancelled the allotment of 214 blocks made since 1993. Thereafter, in 2015, the government paved the way for allowing commercial mining by private players by amending the mines law through the passage of the Coal Mines (Special Provisions) Act. Subsequently, the centre allotted seven blocks to state government entities for commercial mining.

As a next step, the government plans to allow private investors into the commercial mining segment. Dipesh Dipu, partner, Jenissi Management Consultants, points out that the so called commercial mining is not a new concept as the private sector has already been involved in all kinds of mine development activities except the ownership of coal mines, which is now being allowed. In the consultation paper, the coal ministry has proposed to offer free pricing and revenue sharing contracts to private players securing coal blocks through the reverse auction route. The level of revenue share is the sole bidding criteria for allocation of coal blocks. Commercial mining is expected to cater to the demand of medium and small industries. The overall objective is to ramp up domestic coal production,  ensure greater efficiencies by promoting competition, and limit imports.

The paper states that with the world’s fourth largest coal reserves, India’s leading energy source will continue to be coal, despite the recent focus on renewables and other clean sources of energy. The world’s largest coal miner, CIL has set a target of doubling its production within five years to 1 billion tonnes through production from the recently allocated captive blocks. However, given the present demand-supply situation and the projected economic growth, it will be necessary to further augment production through commercial mining.

Mines will be offered for commercial mining through auctions to the private and public sectors and through allotment to government companies. The government has proposed to have a separate process for the latter. Mines allocated through auctions will have no restriction on the end use and the commercial miner will have complete control over the pricing and marketing strategy, besides a certain degree of flexibility in managing production, depending on the market scenario. In case of adverse demand conditions, the miner can reduce production by up to 50 per cent of the peak rate capacity (PRC). However, in any five-year block, the successful bidder will have to mine at least 70 per cent of the production as per the mining plan. On the other hand, to increase production over the PRC, miners would have to get the mining plan revised.

The mines earmarked for auction should be large enough to attract serious players, allow highly efficient recovery of coal and make a reasonable impact on the overall demand-supply position. The idea is to encourage large established players that would deploy state-of-the-art technology for coal extraction and place strict emphasis on better work conditions to ensure higher output per man-shift.

In the first phase, two to three large mines with a PRC of 30 million tonnes per annum and coal of G11-G13 grade will be auctioned. The proposed eligibility criteria for bidders include a tangible net worth of not less than Rs 15 billion, and experience in excavating and handling at least 25 million cubic metres per annum of broken rock strata in any coal, iron ore, limestone, bauxite and manganese mine in the past three consecutive financial years.

This makes the existing mining lease (ML) holders, mine developers and operators (MDOs), and prime contractors (PCs) appointed by ML holders meeting the above conditions eligible to participate in the auction. However, credit for the same mine cannot be claimed by the ML holder as well as the MDO or PC. In addition to the relevant documents, the MDOs/PCs have to furnish a no-objection letter from the ML holder, allowing the former to claim their experience in mining. ML holders should also declare that they are not applying or claiming credit for the same mine.

The forward e-auction mechanism, with two stages, technical bids and financial bids, has been proposed for commercial mining. For companies that make windfall gains in case of a significantly superior business cycle, a revenue-sharing model has been proposed wherein the bid parameter will be a percentage quote of the revenue to be shared with the respective state governments.

Bidders have to submit a bid security for the auction process at 2.5 per cent of the annual turnover value of coal obtained by multiplying the PRC (estimated in the tender document) with 1.2 times of CIL’s run-of-the-mine (RoM) price of the corresponding coal grade. Appropriate performance security will also be applicable based on the PRC in the mining plan.

Notably, revenue sharing will be calculated on the basis of the actual revenue or actual production multiplied by 1.2 times the CIL RoM price for the average grade of coal for the specific time, whichever is higher. The successful bidder must submit a monthly report of its production and sales, based on which revenue sharing will be calculated and payments will be made annually as per audited accounts. The successful bidder will have to report all its transactions through an online platform, which the government is planning to set up for capturing all coal transactions, once it is implemented.

Industry stakeholders can submit their comments on the discussion paper until April 26, 2017, after which the government is expected to finalise the procedure for offering coal blocks for commercial mining.

Some experts caution that revenue sharing may not be suitable for the coal sector. They point out that revenue sharing based on a fixed formula may not be practical given the unknown geological parameters of the blocks and unpredictable production costs (depending on the difficulty of mining) at the time of the auction. Some others question the timing of this proposal. As per Dipu, “There is a revolution that is sweeping the energy sector globally and in India. The balance now seems conclusively tilting towards renewable energy. Coupled with this, coal mining in India has witnessed lower-than-expected demand, with CIL building up stockpiles. This begs the question of demand from commercial coal miners. Who would buy coal from a commercial miner at a 20 per cent premium over the market price when they can get coal from CIL itself? Thus, arises the associated question of being able to get a premium when there is oversupply in the market?”

It certainly has to be seen if such auctions will really be attractive at a time when there is surplus and low demand. “The Central Electricity Authority has warned that coal-based thermal power plants are expected to see a drastic fall in capacity utilisation to 48 per cent by 2022 as additional non-thermal electricity generation capacities get commissioned. This is likely to deter enthusiastic participation,” says Dipu. That said, the government is optimistic about the demand scenario based on its initiatives to provide electricity to the large unelectrified population, as well as the demand from 54 GW of coal-based capacity that is currently at various stages of development. Opening up of the coal sector to commercial mining could still be a positive development that may attract investor interest. “All said and done, markets are the place for the real test of an idea. It is, therefore, wise to wait and watch if commercial coal mining is such an idea whose time has come or has passed by,” says Dipu. 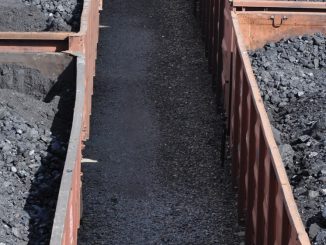 June 30, 2018
With the approval for commercial mining, the coal mining industry is set to experience significant structural changes [...]
More 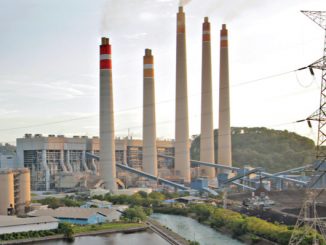