High tension (HT) consumers, which include major manufacturing units and large commercial set-ups, contribute significantly to the load and revenue of discoms. Energy costs account for a sizeable share in the total operating costs of HT consumers, making it all the more important for them to adopt energy efficiency measures.

Power Line takes a look at the energy conservation initiatives taken by select HT consumers across various industries, which have been recognised by the Bureau of Energy Efficiency…

Unilever India Exports Limited’s Tea Exports Unit, located in Pune, Maharashtra, is an export-oriented unit and a strategic global double-chamber tea bag sourcing unit. The factory produces blended tea bags. The unit manages its supply chain including the sourcing of packaging material and raw material from various countries across the globe and exports the finished goods to around 16 countries such as Australia, Israel, Thailand and Japan.

A key initiative taken by the unit was the optimisation of high pressure and low pressure pneumatic lines by modifying the pneumatic air distribution. The unit also eliminated the air consumption of the vacuum generator in the carton erector machine and the constant tea bag machines (55 machines) during idle conditions. One of the challenges faced by the company post modification was the risk of high carton wastage in the carton erector machine. For eliminating the risk, the unit provided the modification along with a time delay function so that the carton erector auto starts with a time delay, which helps in firmly holding the carton in the vacuum cups before the machine starts, thus resulting in zero carton wastage and huge energy savings.

Another significant measure that the unit undertook was the replacement of inefficient compressors. As the compressor was 14 years old, its efficiency had dropped significantly. The unit also noted that the quality of compressed air had deteriorated with impurities like moisture and oil content in excess. This was affecting all the automation and machine equipment leading to unpredicted downtimes. This, in turn, affected plant productivity and increased the maintenance cost. The unit, therefore, replaced the inefficient compressors with high efficiency compressors equipped with variable frequency drives.

The other measures that the company undertook included the replacement of geysers with solar water heaters that have an auto mixing thermostat, use of cost-effective compact fluorescent lamps (CFL) lamps in place of high wattage lights, replacement of conventional air conditioners with high efficiency inverter-type air conditioners in the server room, and the provision of individual control switches for eliminating idle running of conveyors.

Ukwa Mine is an underground mine of MOIL Limited, situated about 243 km from Nagpur. The existing contract demand of the mine is 470 kVA and the connected load is 700 kW. The excavation of manganese ore from about 110 metres below the ground is carried out by a cut-and-fill method. The ore is brought to the surface from underground by using an electrical hoist over an incline.

Southern Railway’s (SR) network extends over a large area of the southern peninsula, covering the states of Tamil Nadu, Kerala, Ponducherry, and a small part of Andhra Pradesh. It extends from Mangalore on the west coast and Kanyakumari in the south to Renigunta in the nortwest and Gudur in the northeast. 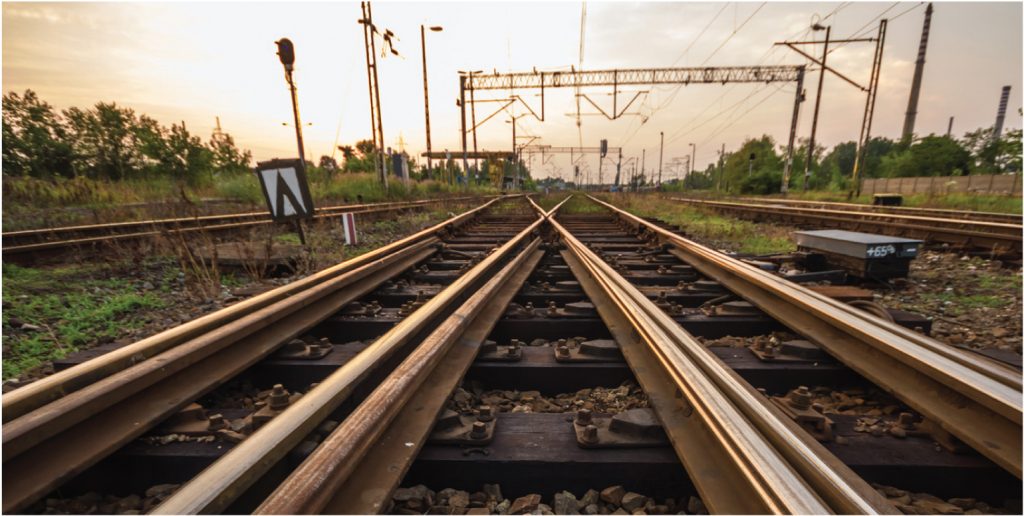 During 2014-15, SR achieved energy savings of 6.33 MUs and monetary savings of Rs 42.48 million. This can be attributed to a number of energy conservation measures such as introducing three-phase locomotives with a unity power factor and regenerative braking of 15 per cent, encouraging drivers to resort to coasting on the downgradients or before approaching stopping stations, using regenerative braking to the maximum possible in three-phase locomotives, using rheostat braking to the maximum possible level allowed in conventional locomotives, proper counselling/monitoring of drivers by inspectors regarding energy conservation, de-energising rear locomotives in multiple unit operation when running with light load/empty stock/waiting for a signal at a station or yards, de-energising locomotives idling in a yard or a section for more than 30 minutes and switching off auxiliary machines for locomotives waiting for a free path for more than 15 minutes.

Energy-saving measures were also adopted in an electric multiple unit car shed of SR. These included providing translucent roof sheets for new sheds to ensure natural lighting during the day, installing individual compressors in some sections to avoid idle running of the main compressors and deploying six energy savers in the welding plant.

HT consumers are increasingly adopting energy efficiency measures in order to reduce and optimise energy use. These practices will go a long way in conserving scarce energy resources.