The transmission segment in India has witnessed significant growth over the past few years, not just in size, but also in terms of the level of technologies deployed. So far, the supervisory control and data acquisition (SCADA) system has been the key technology used by transmission utilities to obtain data on energy flows in the grid for its management. The complexities in grid operations have increased owing to the increased integration of renewable energy, growing number of distribution energy resources (mostly connected at the distribution level) and higher growth in power demand than in transmission network capacity. This has increased the complexities in grid operations, requiring the use of new monitoring methods and technologies. Recent advancements in communications and analytics technologies have led to the deployment of new solutions that enable enhanced grid management. These include wide area monitoring systems (WAMS) and phasor management units (PMUs).

The Smart Grid Vision and Roadmap for India report prepared by the Ministry of Power in 2013 stated that WAMS and PMUs should be implemented for the entire transmission system. The report also aimed at the indigenisation of WAMS and PMU technology.

A typical WAMS network comprises PMUs placed throughout the electricity grid in a scattered way, at strategic locations, in order to cover the diverse network. A centrally located PDC collects the information from the PMUs through a communication network. The PDCs send this synchrophasor data to state load despatch centres, which in turn send it to regional load despatch centres and eventually to the national load despatch centre. The PDC also raises an alarm during an emergency and facilitates smooth grid operations on a real-time basis. This early warning system helps prevent network-related disturbances to spread to larger areas. WAMS also allows the monitoring of the transmission system conditions over wide areas, in real time, with the objective of detecting and counteracting any grid instability that comes up. These systems help in not only addressing the immediate reliability concerns but also in operational issues such as enhancing power transfer capability in real time and blocking/de-blocking of distance relay zones under the scenario of power swings.

The PMUs usually report data at the rate of 25 to 30 samples per second while the traditional SCADA system collects data only once in 10 seconds. Therefore, PMUs are able to capture and provide data related to frequency differences that last even a fraction of a second while SCADA systems are unable to do so.

A WAMS pilot project was undertaken in the northern grid from April 2010 to May 2011 under which PMUs were installed across eight substations. Following this, similar projects were initiated in other regions and a total of 64 PMUs were installed. Following the pilot projects, in 2012, the Unified Real Time Dynamic State Measurement (URTDSM) project was rolled out to improve system operation through the implementation of WAMS.

Under the project, 1,669 PMUs along with 32 PDCs are planned to be installed at the control centres across the five regional grids. Of these, 929 PMUs will be installed at the inter-state transmission system and 740 PMUs at the state transmission utility network. Two packages have been awarded for implementing the project – Package I for northern, eastern and north-eastern regions and Package-II for western and southern regions. The packages have been awarded to  Alstom SAS (France), Alstom Grid (UK) and GE T&D India Limited (earlier known as Alstom T&D India). So far, surveys for identifying PMU and PDC locations have been completed and 416 PMUs have been installed. However, in some cases, power producers have not been extending support for the installation of PMUs at their sites. The analytics software planned under the project has also been developed.

The PMUs under the URTDSM project are being deployed on a massive scale. The implementation of WAMS would help in the large-scale integration of renewable energy sources. Moreover, these solutions will set a benchmark for smart grid technologies in the transmission segment. 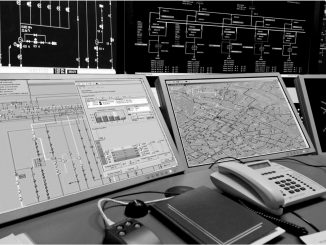 Upgrading the Grid
Private discoms’ IT measures in Maharashtra

January 3, 2018
Reliance Infrastructure Limited’s initiatives Private discoms have been at the forefront of IT adoption to enhance their [...]
More 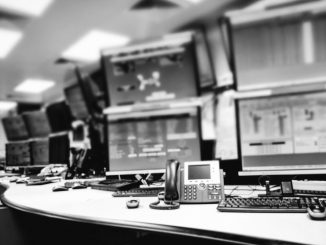 August 30, 2017
The power distribution segment has been plagued with several problems including high aggregate technical and commercial (AT&C) [...]
More