US-based solar module manufacturer First Solar entered the Indian market in 2010 and has since become one of the largest thin-film suppliers in the market. Excerpts from a recent interview with Sujoy Ghosh, country head, First Solar, India…

How would you assess the solar segment’s performance in the past one year?

The year 2016-17 has been a very disruptive one for the utility sector in India, primarily driven by the dramatic decline in tariffs for grid-connected solar photovoltaic (PV) projects and recently for wind power as well. The scale of decline has been so rapid that consumers are now realigning their medium- to long-term energy mix plans. The decline in solar PV tariffs was due to a combination of oversupply in PV modules caused by a contraction in demand in some key markets like China, the EU and the US; the availability of relatively low-cost equity from mature energy markets like Europe and Japan; and a reduction in domestic interest rates for renewable assets, given the lower overall risk profile, primarily for solar parks. Transparency in capacity allocation and the policy of open market access are also critical for both domestic and international utilities to pursue this market with greater vigour as compared to other markets that still follow a policy of feed-in tariffs. The central government needs to be given due credit for ensuring continuity in policy and regulations.

What are the areas of concern in the Indian solar market?

Clearly, the solar park policy has been a success in mitigating the risk for developers regarding land acquisition and the results are evident in terms of the tariffs being discovered for solar park projects. However, all of the deployment is not feasible in large-scale parks, unless despatchable solar becomes a viable commercial reality. Hence, there would be distributed grid-connected projects leveraging the spare capacity in the existing transmission infrastructure in various states (with project sizes from 10 MW to 30 MW). It is for these projects that land acquisition would remain a challenge, more from a timing standpoint. Our suggestion to regulators and policymakers would be to adopt a different tariff structure/execution timeline for large central solar park projects as compared to smaller distributed projects as both need to coexist. The smaller projects would require a minimum of 18 months to be completed and may need a slightly higher tariff.

What are the top trends to watch in the solar segment in the short to medium term?

As the market scales up with growing and subsidy-free demand, there would be increased commoditisation of the value chain, which is natural. Hence, companies that innovate would be the ones that manage this transition. The innovation would be in two areas primarily – technology and capital-raising – which would enable utilities to deliver a lower levellised cost of energy and still bring in returns for their shareholders. Technology innovation would be evident in the PV module space, with companies introducing different processes like PERC (mono-crystalline silicon) or experimenting with newer semiconductor materials/larger form factors (like First Solar) to improve conversion efficiency and long-term reliability. Also, there has been a significant shift in the type of capital that is being attracted to the solar segment in markets like India, with some companies already testing the overseas primary capital markets, others starting to raise green bonds, and some others targeting InvIT offerings.

How do you view India’s market potential for thin-film technologies?

Thin-films use a different semiconductor material, which offers lower degradation in conversion efficiency under high ambient temperatures as well as higher response to diffused light, and better yield to a shift in the spectrum of light caused by the presence of perceptible moisture in the atmosphere. Hence, for conditions prevailing between the two tropics, thin-film would provide a higher yield for the same installed capacity as compared to polysilicon modules based on the commercially available market offerings today. Therefore, India has significant potential for thin-film technology deployment given its weather conditions. First Solar has supplied over 1.5 GW of its thin-film PV modules to India, making us one of the largest players in the market.

What are First Solar’s growth plans for India?

India continues to be one of the largest international markets for First Solar. As the market grows in scale, First Solar would strive to maintain its growth. It would continue to do this by a combination of positioning its CdTe thin-film PV modules to other developers, plus investing capital to develop and build utility-scale assets in India. Additionally, First Solar is excited about the rapidly growing generation segment. It is working globally with Caterpillar to provide on-site generation solutions to the commercial and industrial segments, both in stand-alone PV applications as well as applications hybridised with diesel/gas reciprocating engines. We are excited about the prospects of a joint Caterpillar-First Solar offering in this market that brings in the best in technology with the strength of Caterpillar’s existing distributor network/service capability. 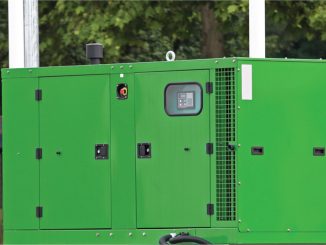 January 9, 2022
Diesel generator (DG) sets are an important source of power supply for various sectors such as railways, [...]
More 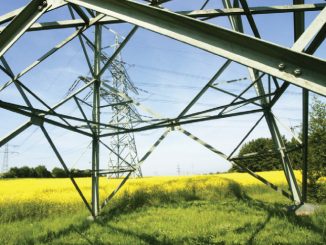 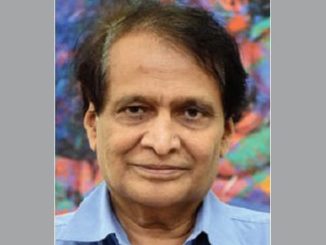