HTLS conductors and its types

HTLS conductors can operate at a temperature of 150-250 degrees Celsius without any loss in design conductivity and tensile strength. As compared to conventional conductors, these allow higher power transfer per unit of RoW, ensure lower technical and commercial losses, and reduce the carbon footprint and land requirement, among other things. HTLS conductors address the issue of growing congestion in the transmission network by increasing the transmission capacity.

HTLS conductors comprise a combination of aluminium or aluminium alloy wires, reinforced by core wires. These can carry almost double the current carried by aluminium conductor steel reinforced (ACSR) of the same size, while the maximum sag and tension remain the same for both. HTLS conductors are about two to three times costlier than conventional conductors.

In terms of design, there are several kinds of HTLS conductors, which differ based on the material of the outer layer, material of the inner core, configuration of the conductor, etc. One popular type of HTLS conductor is superthermal aluminium conductor INVAR reinforced. These conductors use aluminium-zirconium alloy rods with super thermal-resistant alloy wires forming the outer layers. Meanwhile, the inner core comprises INVAR, which is a nickel-iron alloy that reacts negligibly to temperature change. Another type of HTLS conductor is aluminium conductor composite core (ACCC), which comprises carbon, glass fibre and aluminium layers along with a composite core. The composite core is about 25 per cent lighter than the traditional steel core. Several 220 kV lines set up by Delhi Transco Limited and a 220 kV (8 km) line by Tata Power are some examples of the use of composite conductors in the country.

A GAP conductor is also a type of HTLS conductor. It comprises super thermal-resistant aluminium alloy wires with a high tensile strength steel core. These conductors have a small annular cavity filled with grease between the steel core and the first layer of aluminium strand, which helps restrict the tension only to the steel core. An example of the use of GAP conductors in the country is some of the 220 kV double circuit lines set up by CESC Limited.

Deployment of HTLS technology in India

HTS cables comprise HTS tapes composed of BSCCO (bismuth, calcium and copper oxide) and YBCO (yttrium, barium and copper oxide). The tapes serve as the current carrying conductor, surrounded by an electric insulating layer to prevent voltage breakdown. Further, in order to ensure protection during faults, HTS cables use stabilisers, which provide an alternative path for the current when the total current in the conductor exceeds the critical level. Thin strips of helically wound copper are a popular choice of the stabiliser material. Besides, shielding layers are provided to contain magnetic fields generated by the cable.

In order to understand the scope of HTS in India, Powergrid is setting up a 220 kV HTS cable system demonstration project for assessing the feasibility of the technology and operational challenges involved in the execution.

Covered conductors vary depending on the insulating material, conductor configuration, etc. The most widely used covered conductors include cross-linked polyethylene (XLPE)/high density polyethylene (HDPE) covered conductors (single or multiple sheathed), aerial bunched cables (ABCs) and spacer cables. XLPE and HDPE are the most commonly used sheath materials for covered conductors. The conductor material can be high conductivity copper, aluminium or ACSR. These can have one, two or three sheath layers at medium voltage (6.6-33 kV), while at the 66-132 kV level, the conductor may have up to five layers. On the other hand, spacer cable systems consist of three covered conductor phases in a polymeric support cradle supported by a messenger cable. The benefits of these conductors include a lower failure rate, improved safety, easy installation and operation, and fewer ROW issues. However, the use of spacer cable systems is not recommended in heavily polluted areas to avoid accelerated ageing of the electrical equipment and accessories. Meanwhile, ABCs are fully insulated three-core cables with an earth screen used for overhead applications. These cables are less susceptible to lightning, but also the most expensive. These are also more reliable as compared to bare overhead distribution lines, since power and neutral conductors are insulated with a better dielectric medium.

In India, Karnataka Power Transmission Company Limited was the first transco to use covered conductors. The transco undertook a pilot project involving the construction of a medium-voltage transmission line in Yelahanka, a suburb of Bengaluru. The 66 kV line was laid alongside a 220 kV multi-circuit line to transfer power from Hoody to the 220 kV station in Yelahanka to improve the quality of power supply to the suburb, which is close to the international airport.

There is a host of advanced conductor technologies available to suit the varied requirements of utilities. The kind of conductors to be used needs to be considered on a case-to-case basis depending upon techno-economic analysis. Conductor technology needs to be adopted taking into account the expected thermal loading of the line, to minimise the cost while obtaining the desired benefits. Besides, it is essential to ascertain whether the technology is compatible with other components in the associated power system. 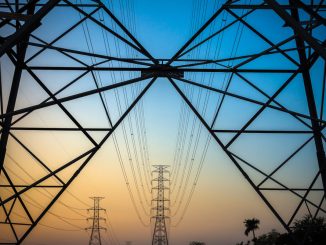 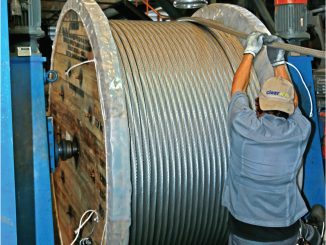 January 5, 2018
Advanced design and technology trends in cables and conductors are centred on reducing the right-of-way (RoW) requirement [...]
More 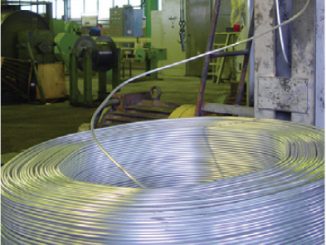